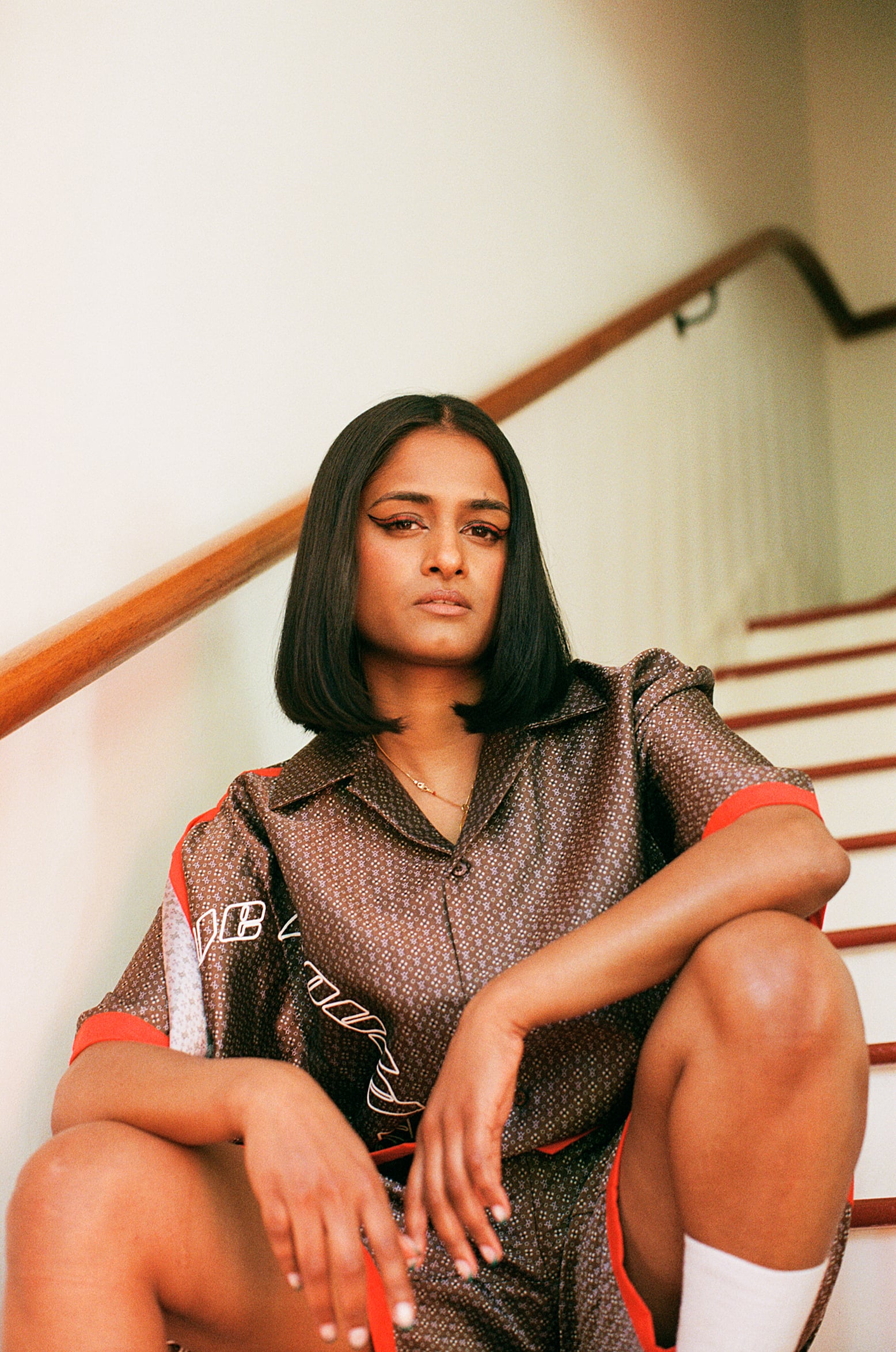 Growing up as a person of colour in the Western world, it's pretty common to reject your culture at first. It takes a while for you to accept that coming from a different background is not a bad thing, that it's actually the opposite, and that learning more about where you come from can help you to figure out your own identity later down the line. Music artist Priya Ragu has struggled with this exact issue, having been born in Switzerland after her parents escaped civil war in Sri Lanka. Growing up, she struggled to merge both her Tamil and Swiss cultures but eventually managed to channel it into her music. We spoke to Ragu about her journey into the music industry, growing up in Switzerland, and what her future holds.

"I think I resisted Tamil culture when I was young," the singer told POPSUGAR. "When I was a teenager, it was like I wanted to feel more accepted in the white community, and I just wanted to adapt and be cool. Tamil culture was just not something that I was proud of at that time, and people used to bully me, saying 'curry' and all that stuff, and talking about being Tamil, how it sounds so funny and how people dress and that it's funny. Everything was funny to them. Eventually I was like, 'Damn, OK. You guys are right.' I was just not proud of it at that time," she explained. Ragu had a pretty strict upbringing, and she said, "My parents were very strict, so everything that had to do with their culture, it felt like, 'I'm not allowed to do anything here.' It was difficult to grow up between two cultures."

Ragu noted that social media has helped her to identify with other South Asians in the past few years, explaining that "when I was a teenager, there was no Instagram and it was hard to find your community, but nowadays, you're connected with everybody, and you feel proud, and you feel like somebody". Along with social media, discovering other Tamil artists has been a huge turning point for Ragu, with Tamil rapper M.I.A. being a particularly strong inspiration for her. "When I saw M.I.A. on TV, I was like, 'Wow, who is this?' Finally, I saw somebody who looked like me and who has this Tamil influence in her music, and she just made everything cool again," the singer told us. 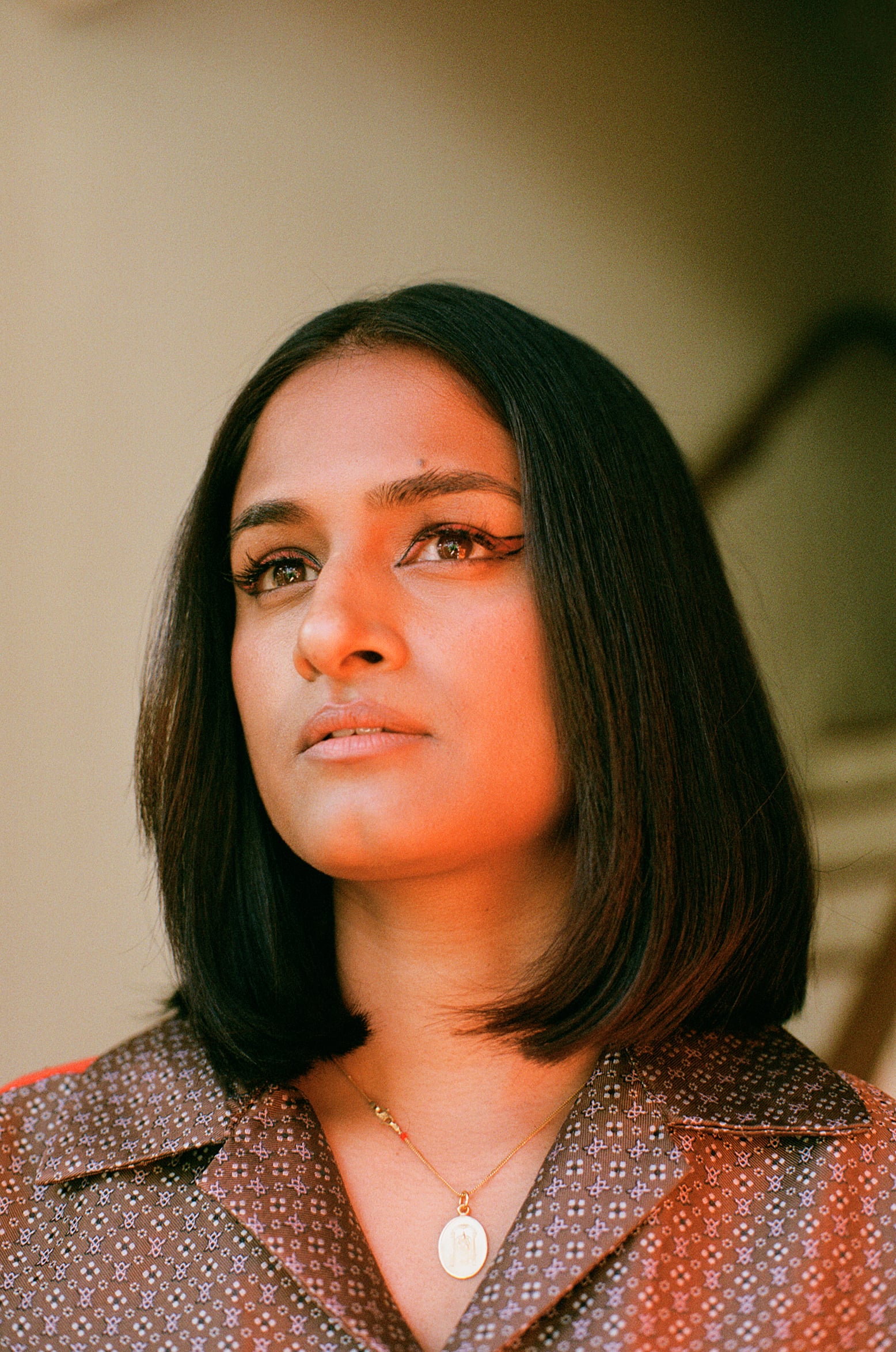 In terms of her journey into the music industry, Ragu's always listened to Tamil music, so transitioning into making her own music came about relatively organically. She started singing back in 2017 after being featured as a backing singer on other Swiss artists' tracks and deciding that she wanted to try it out for herself. Her brother, a rapper named Japhna, is also in the industry and produces all her music. "I had a clear idea of what my music should sound like when we started, and [my brother] had another vision, so there was a clash. It was a long back and forth until I said, 'You know what? I'm just going to surrender. I'm going to trust you completely. Just go for it,' and then he had this freedom to come up with this sound," she explained. For Tamil artists, especially in a place like Switzerland, going international in terms of fame is rare, so when it happened for Ragu, it's safe to say she was surprised. "I remember thinking, 'They will never play this song on the radio,' and because it had Tamil words in it — and I remember being bullied because of that — I was thinking, 'To other people, it probably sounds so weird,'" she said.

It was difficult to process for her parents, too, despite the fact that her dad was also a musician in his youth. "I started singing because of my father. He had a small Tamil band playing Bollywood songs, and I was singing there," Ragu explained, adding that Lauryn Hill then became her next influence. "I saw her in Sister Act, and I felt like we had a similar story, that the mother was not supportive and [Hill] wanted to pursue singing, and that's how I could relate. I instantly fell in love with her voice, and there was just something magic about it, and I decided, 'I'm going to buy the CDs and try to sing like her.'"

"When I was a teenager, there was no Instagram and it was hard to find your community, but nowadays, you're connected with everybody, and you feel proud, and you feel like somebody."

When it came to her parents supporting her journey, Ragu had to find her own way until she reached a certain level of success. "I started late with music, because I was missing the supportive parents and I felt like I needed to tick off the boxes, good education, good daughter, and all this stuff, and so that's why it took longer. To break out of that comfort zone as well and try out something new took a lot," she explained.

"I didn't get vocal lessons or anything because my parents were like, 'We don't want you to go down this path.' They saw my brother, who is a rapper and was doing music, and they didn't want me to follow in his footsteps. It was not easy. Now, they can't really say anything, but to them, I'm still their child and there's still some expectations from them," the singer said. "They still tell me, 'Oh, you're shooting a music video. Make sure to wear appropriate things,' but otherwise, there isn't a clash. I'm quite a reserved person. I just want to do my music and create songs with my brother and enjoy this journey." 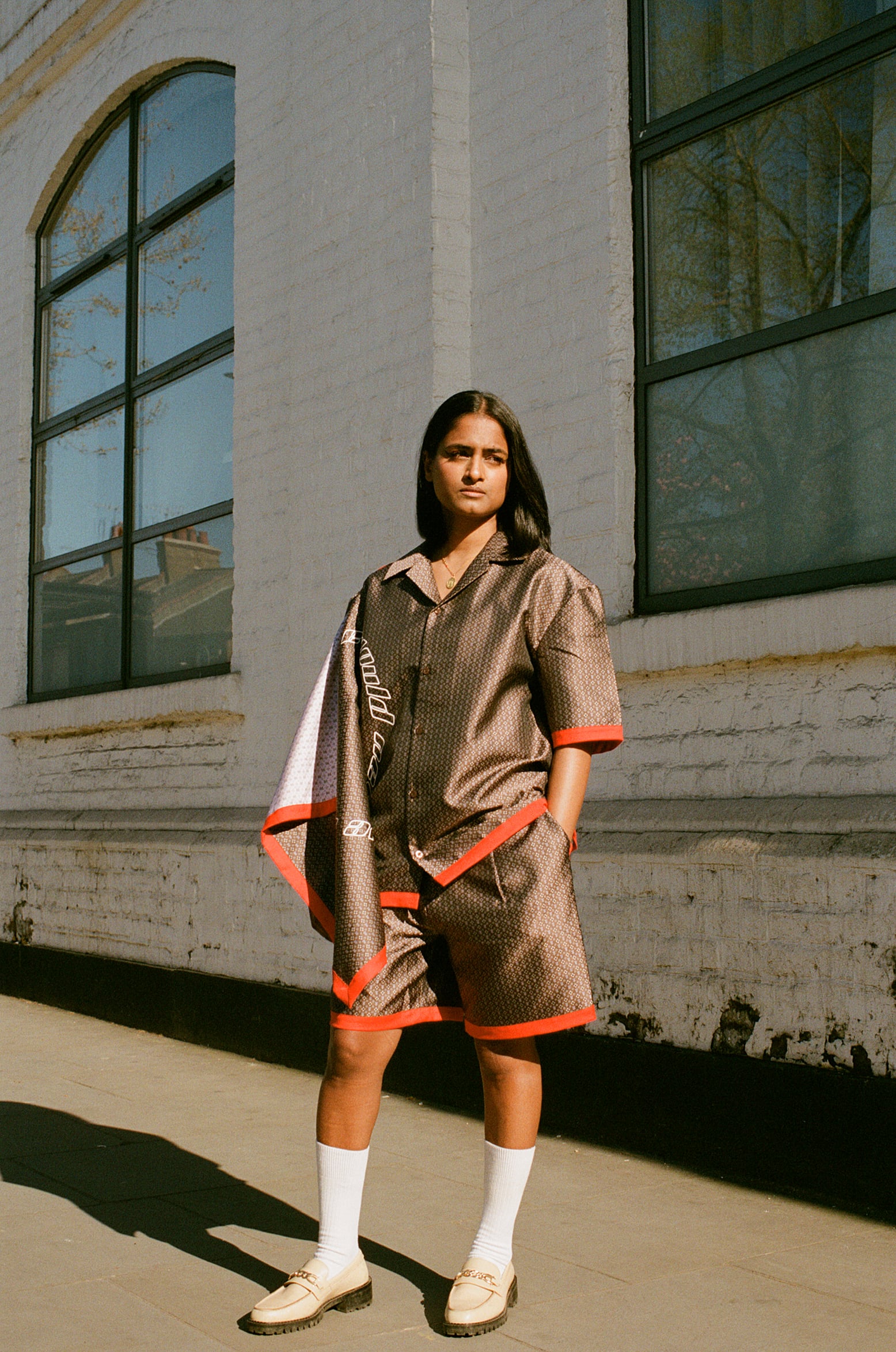 Speaking of music, Ragu's now starting to experiment with her sound, and her latest single, "Forgot About" was premiered on BBC Radio 1 by the queen of future sounds, Annie Mac. On the track, the singer explained that "it's a soulful, slow-tempo song about a really, really special bond that you have with somebody, and sometimes you feel like you only find it once in a lifetime, and then you really struggle to let go of it. It's a song about keeping somebody in your memories forever and wondering if the other person does the same thing".

In terms of the future, Ragu's aware of her influence as a South Asian artist, knowing there aren't many of them around. "On the journey, I eventually realised that, 'OK, this is something bigger than I thought,' and it's just cool to have that platform as well, to be able to inspire other South Asian artists. It's going to be an interesting journey, so let's see where it takes me."

Listen to Ragu's new single, "Forgot About", on Spotify.