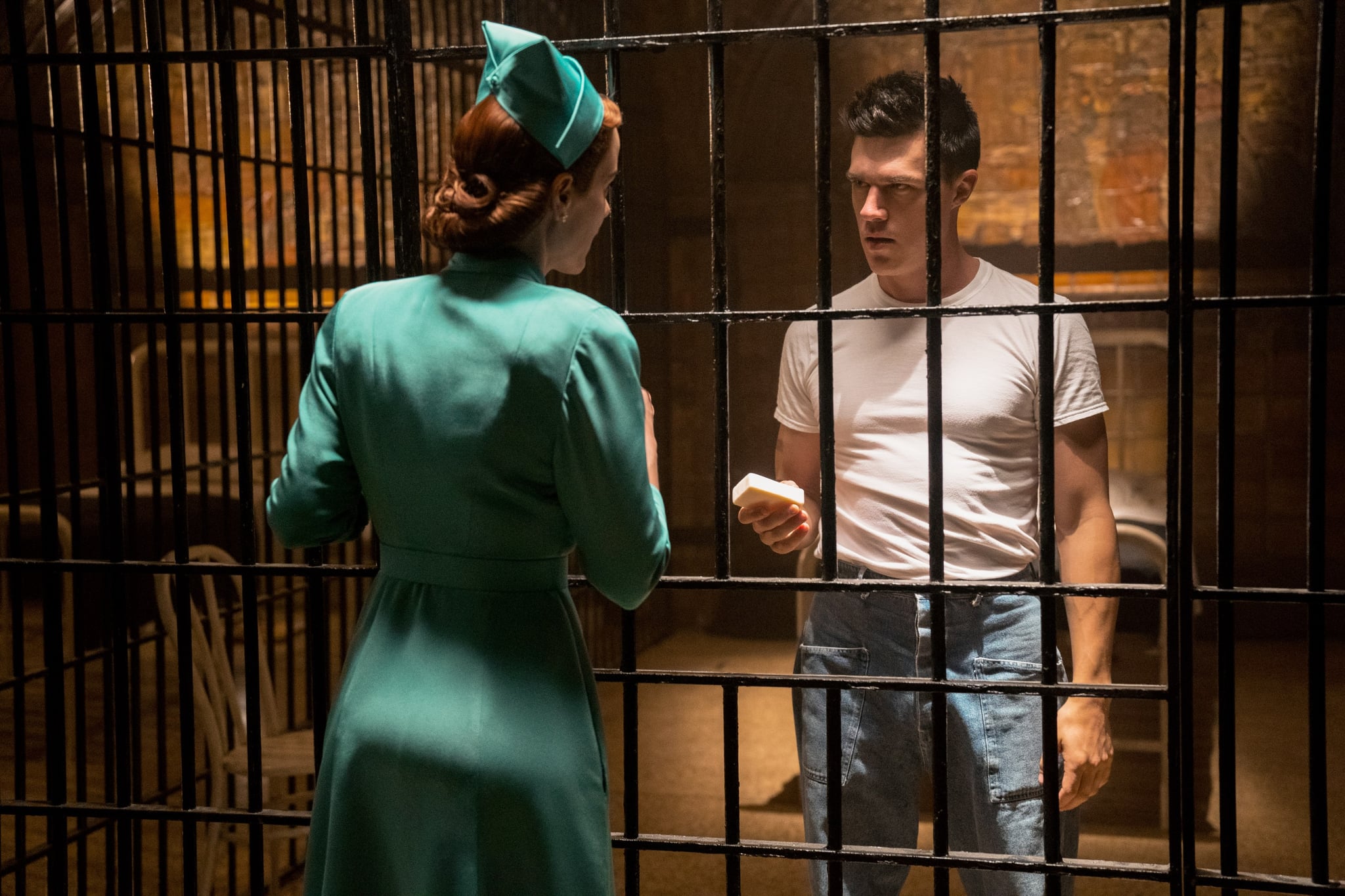 From insidious hydrotherapy sessions to corrupt psychiatrists, Netflix's Ratched is full of unsavory happenings. The series, in fact, opens with Finn Wittrock's Edmund Tolleson ruthlessly massacring a group of priests. But horrific as they may be, were any crimes from Ratched real? While the character of Nurse Ratched takes inspiration from an actual person, Ratched, for the most part, is fictionalized.

No grisly moment in Ratched is outside the realm of possibility — the show, after all, is a psychological thriller, not a fantasy horror. Mildred's portrayal as an "angel of mercy" in the Army is rooted in the stereotype (as well as the reality) of killer caregivers. Psychiatric treatments on the show, such as hydrotherapy and ice-pick lobotomies, also really did exist. And as the series portrays it, hydrotherapy was far from being a relaxing bath, realistically consisting of a patient being strapped inside a tub.

As for the crimes on the show, there aren't real stories that match the events on Ratched beat by beat. There have been actual instances of multiple priests being murdered and a psychiatric patient slashing a guard's throat, but no cases are identical to the ones featured on Ratched. Toward the end of season one, Mildred learns of a nurse massacre in Chicago, and presumably, her brother is behind it. In 1966, a man named Richard Speck really did murder eight nurses in the windy city. The details, again, are off — Ratched ends in 1950, and Edmund killed seven people, not eight. (Or perhaps Mildred herself was soon to be murdered by her brother? It's fair to assume she survives because she's still alive by One Flew Over the Cuckoo's Nest, where she originally appears.)

We do know for a fact that Nurse Ratched is based on a real person. Ken Kesey, the author of the book One Flew Over the Cuckoo's Nest, was inspired by the head nurse at the psychiatric ward where he once worked. Netflix's Ratched takes a step back from Kesey's original text and teases out a backstory for this infamous pop culture villain — who's really more of an antiheroine here.

Fact or fiction, the murders on Ratched are undoubtedly terrifying, full of ghastly details that make the show worthy of being an honourary American Horror Story season.