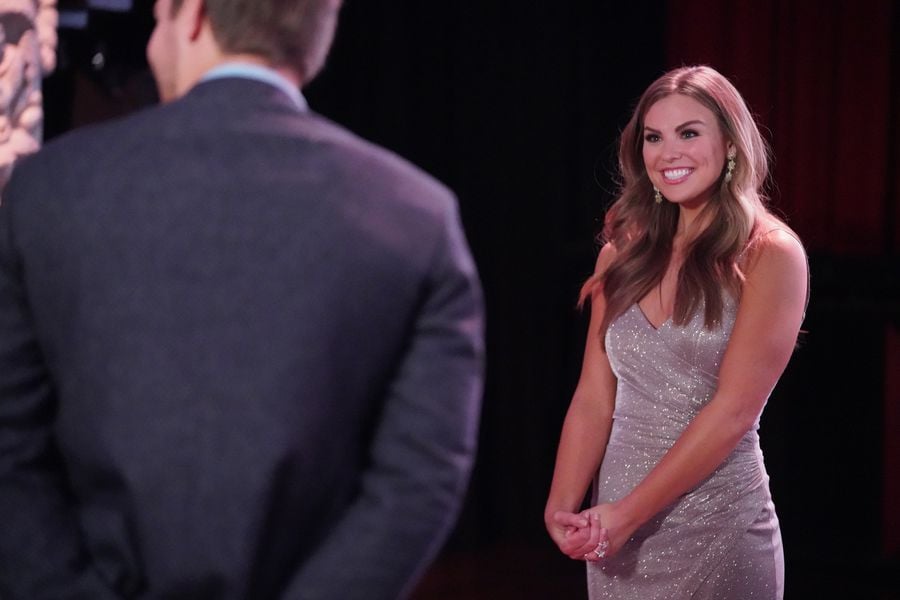 There's a lot to talk about after that whirlwind first episode of The Bachelor. From Peter giving Hannah Ann the first impression rose to the women hilariously learning some NSFW pilot terminology, this season is winding up to be a good one. But the part that has us deep in our emotions is Hannah Brown's emotional appearance on the show.

When Hannah first stepped out of the limo, she spoke to Peter about how she wishes him luck in finding his forever copilot (cue the happy tears). Later on, she showed up again to host a group date when things took an unexpectedly dramatic turn. Peter and Hannah ended up discussing their unreconciled feelings for each other, which left them wondering what the future could have held if they didn't stop seeing each other after The Bachelorette. Peter was confused, Hannah was crying, and the women vying for Peter's heart had no idea was going down in the room next door.

The episode ended with a cliffhanger that will ultimately tell us how things end between the two. Needless to say, there was a lot to unpack this episode. Here's a look at some of the best reactions to The Bachelor season premiere.