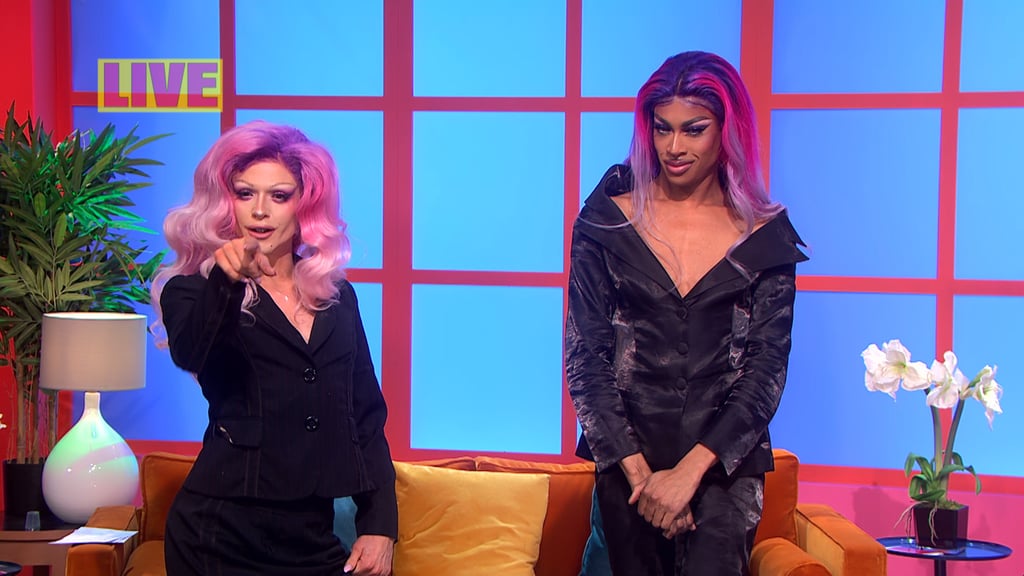 May the Best Racer Win, Here's Who Is Still in the RuPaul's Drag UK Series Two Competition

The second series of RuPaul's Drag Race UK hit our screens in January, and we're already obsessed with the incredibly talented group of contestants. From professional backup dancers and actors to total first timers, the second instalment of Drag Race has it all, alongside the bizarre experience of taking an extended break in between filming episodes. Due to the coronavirus pandemic, they had to take an extended break after the first four episodes were filmed before they could finish the rest of the series.

"It was so weird coming back to finish the series because (no offence) I had sort of forgotten the queens," judge Alan Carr said of the experience of returning to set. "Also, I put on so much weight during lockdown that I'm worried that when it goes from episode four to episode five it will look like I have been inflated, or that someone has tripped and pulled a cord out and I've gone as big as a dingy."

As if that wasn't enough, by episode three of this season, the show had already explored racial representation in the UK drag scene, the experience of coming out in a traveller community, and the complicated relationship that today's queens can have with their sexuality, so the remainder of the series is likely to cover even more ground. Three contestants have been eliminated so far, with the first contestant, Joe Black, even giving our very own Tracy Beaker a reason to share her disappointment on Twitter.

See who else has been eliminated ahead, and be sure to check back each week to see who is still in the running for the title of the UK's Next Drag Superstar.