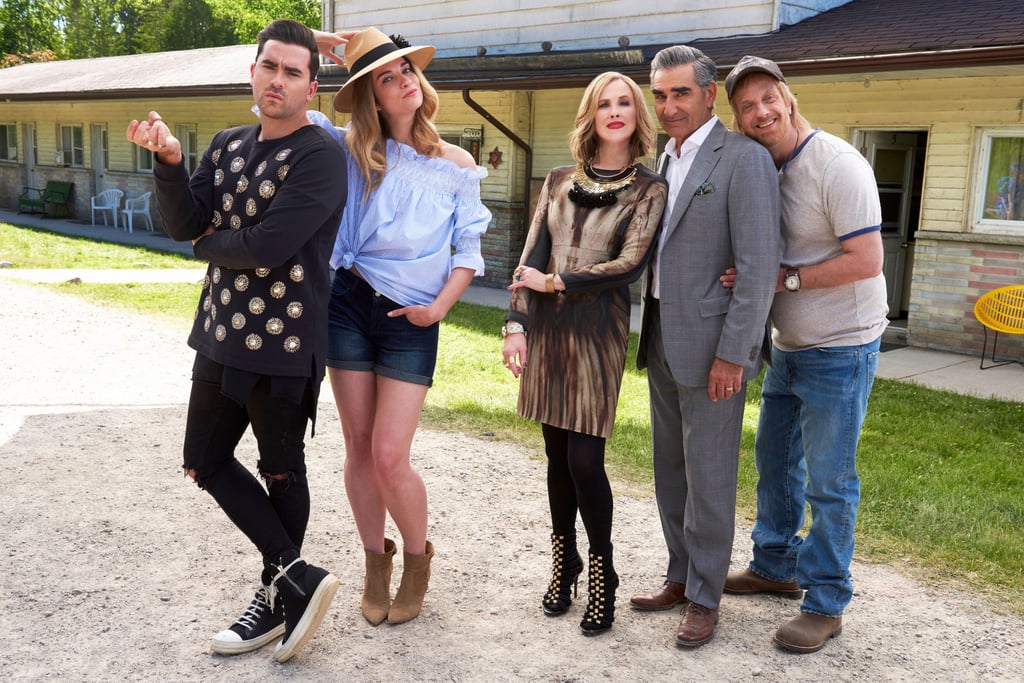 After earning a whopping 15 nominations for its sixth and final season, Schitt's Creek is on track for an amazing night at Sunday's Emmys. During the Creative Arts Emmys, which were held on Sept. 19, the show took home both outstanding casting for a comedy series and outstanding contemporary costumes.

At the Emmys, Schitt's Creek won the award for outstanding comedy series, making it the first family sitcom to do so since Modern Family in 2014. The entire Rose family, Eugene Levy, Dan Levy, Annie Murphy, and Catherine O'Hara, also took home Emmys for their performances. It's nice to see the show get recognised for all the laughs its brought us over the years, particularly with the heartwarming connections the cast has made.

From Dan freaking out over his costars' wins to Catherine finally getting an Emmy for the iconic Moira Rose, each win has us jumping for joy. Keep an eye out on the list below as we'll keep updating their wins throughout the night!