Despite several films spanning several decades, the central question of Scream remains quite simple: who's behind the mask? In each instalment, the answer is complicated and typically involves an unforeseeable twist. (It's the boyfriend! And the boyfriend's friend! It's the deceased boyfriend's scorned mom!) But over time, audiences got savvier, and for their upcoming fifth film, directors Matt Bettinelli-Olpin and Tyler Gillett came up with a solution.

In virtual interviews last year, several cast members confirmed that the killer's identity had been concealed even to them. Marley Shelton, who first appeared as Deputy Judy Hicks in Scream 4, said they were initially given the script "up to page 77," while newcomer Sonia Ammar (Liv McKenzie) spoke about the existence of scripts with different endings.

"The cardinal rule in when making a Scream is everyone is a suspect. Everybody is capable," Shelton said, before noting that only at the very end of filming would Ghostface be revealed, and only to those involved in that particular shoot. "It's an experiment, but I think the idea is to kind of maintain that truly for all of us actors. Are we guilty? Are we innocent? Everyone's a suspect."

An experiment, it was. "It's interesting how it affects the performance and the dynamic, both in a scene and around it," Mason Gooding (Chad Meeks-Martin) said. "We are just like our characters, that some of us know, some of us don't. We're all sussing each other out and figuring out who's telling the truth," Jasmin Savoy Brown (Mindy Meeks-Martin) added. "It's so meta."

The decision to conceal the killer's identity faintly parallels the filming of the first Scream, which had stunt performers behind the mask, and so Skeet Ulrich (Billy Loomis) and Matthew Lillard (Stu Macher) never knew which character was responsible for each kill. "There were no conversations about it," Ulrich recently told Collider. "I guess that kind of speaks a little bit to the genius of Wes [Craven], that people feel like they have clues in there as to who was who. And I think some are more obvious than others in hindsight, obviously. If I'm appearing right after, it's clearly not me." 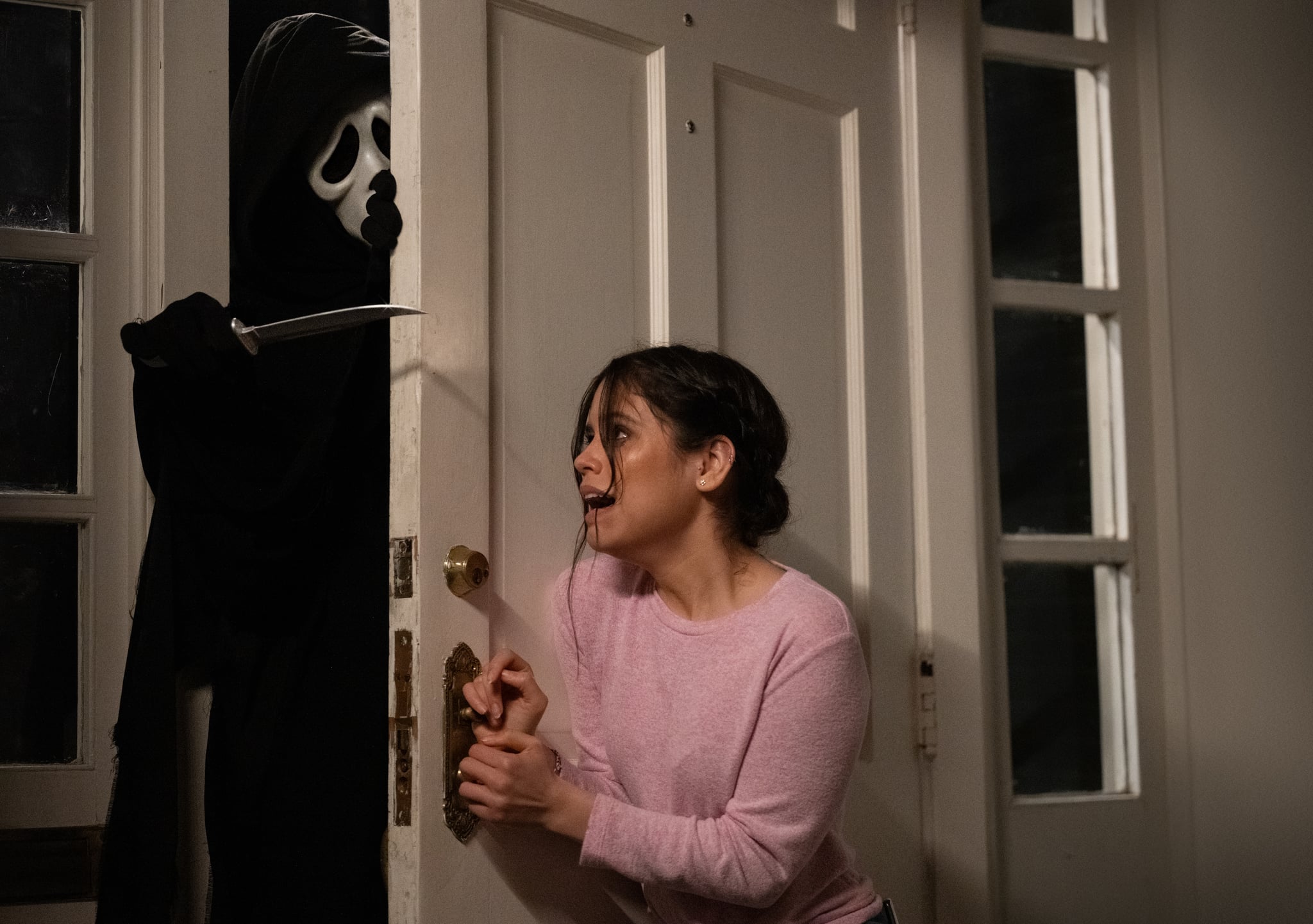 "Literally anybody could be lying."

The unknown wasn't exactly embraced by every actor. "Honestly, it's fun," Melissa Barrera (Sam Carpenter) said. Jenna Ortega (Tara Carpenter) replied, "Yeah, it's fun. But then it isn't." She added, "Literally anybody could be lying. We all get along so well but then as soon as you get on that topic, everybody turns so awkward and starts to isolate themselves." Ortega said it also made filming scarier: "Because you never know who's under that mask, it's the most eerie uneasy feeling that I get in my throat every time I see his face on our production list."

Jack Quaid (Richie Kirsch) also said the cast made it a point to not discuss the twist. "We really have stayed away from that topic." If that all wasn't enough, during their free time, the cast also played board games involving deception. Quaid said, "What I've realised is I'm working with a bunch of liars, a lot of very good liars."