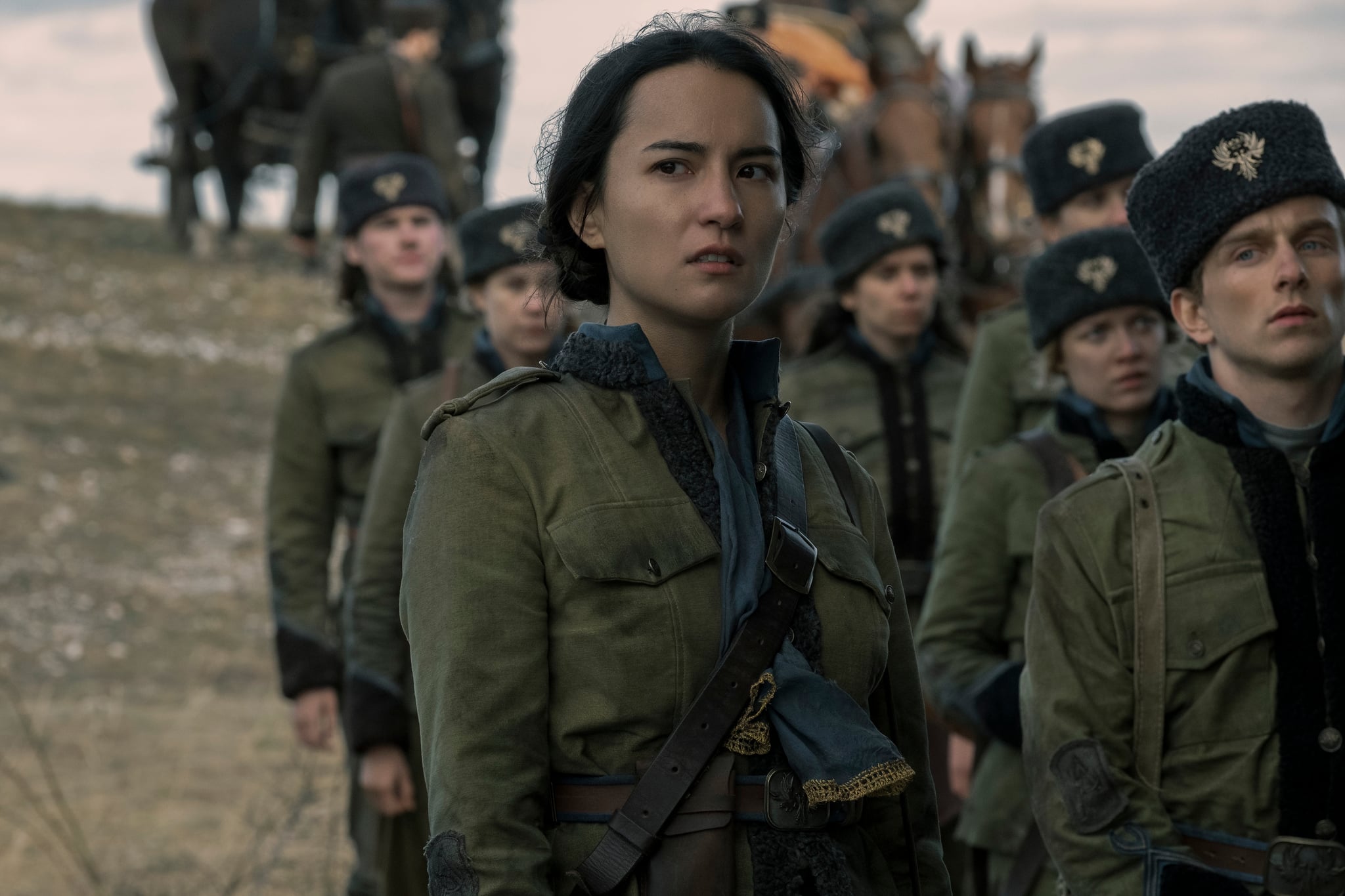 One of the biggest changes between Leigh Bardugo's novels and the Netflix adaptation of Shadow and Bone involves protagonist Alina Starkov, whose background was updated to be half-Shu. "I live in East Ravka, but I've never been welcomed here because I looked like my mother and she looked like the enemy," Alina explains during the first episode. Why Ravka is at war with Shu Han is never fully explained by the time Alina is being mistreated and mocked for the way she looks.

According to the Ravkan government, Shu Han is known for both its scientific advancements and harsh treatment of its Grisha. To aid in their research and capture Grisha, the Shu created human-weapons known as Khergud. Ruled by the Taban family, they are a matriarchal monarchy and have a penchant for falcons and the colour green. Like the other nations in the Grishaverse, the inspiration for Shu Han comes from real countries.

Related:
After You Read Shadow and Bone, Check Out These 18 Epic and Magical Novels Too

While you might want to make a direct correlation between the nations in the Grishaverse and modern-day places, they're more of a mix. "They're not Chinese," author Bardugo said of the Shu Han on her Tumblr in 2013. "But Shu Han was definitely influenced by China and Mongolia in the same way that Fjerda was inspired by Scandinavia, and Kerch was influenced by the Netherlands and Germany." As to why Ravka is at war with Shu Han and Fjerda at the beginning of Shadow and Bone, it all has to do with the borders between their countries and the Fold putting Ravka at a disadvantage. It is also the Border Wars that leave Alina and her childhood friend Mal orphans, requiring them to join the First Army after neither display powers during their Grisha test.

"I'm very proud of Shadow and Bone, but I'm also conscious of its shortcomings," Bardugo previously told Entertainment Weekly. "I wrote this very white, very straight 'chosen one' story that was rooted in echoes of what I had grown up reading in terms of fantasy, but certainly didn't reflect the world around me or the world that I live in. We knew we wanted to make some changes there, and it made a lot of sense for us to write Alina as half-Shu."

The change not only adds much needed diversity to the series, it also gives Alina's story added depth when it comes to why she feels like an outsider and her desire to find a place to belong. "In the books, she's an outsider. She doesn't really believe that she's important, and she has this drive to prove herself. And she's quite patriotic," star Jessie Mei Li added. "I feel like what happened with translating that to the screen and then adding this layer of her history and background, it gave new meaning to all of these things that were already there."