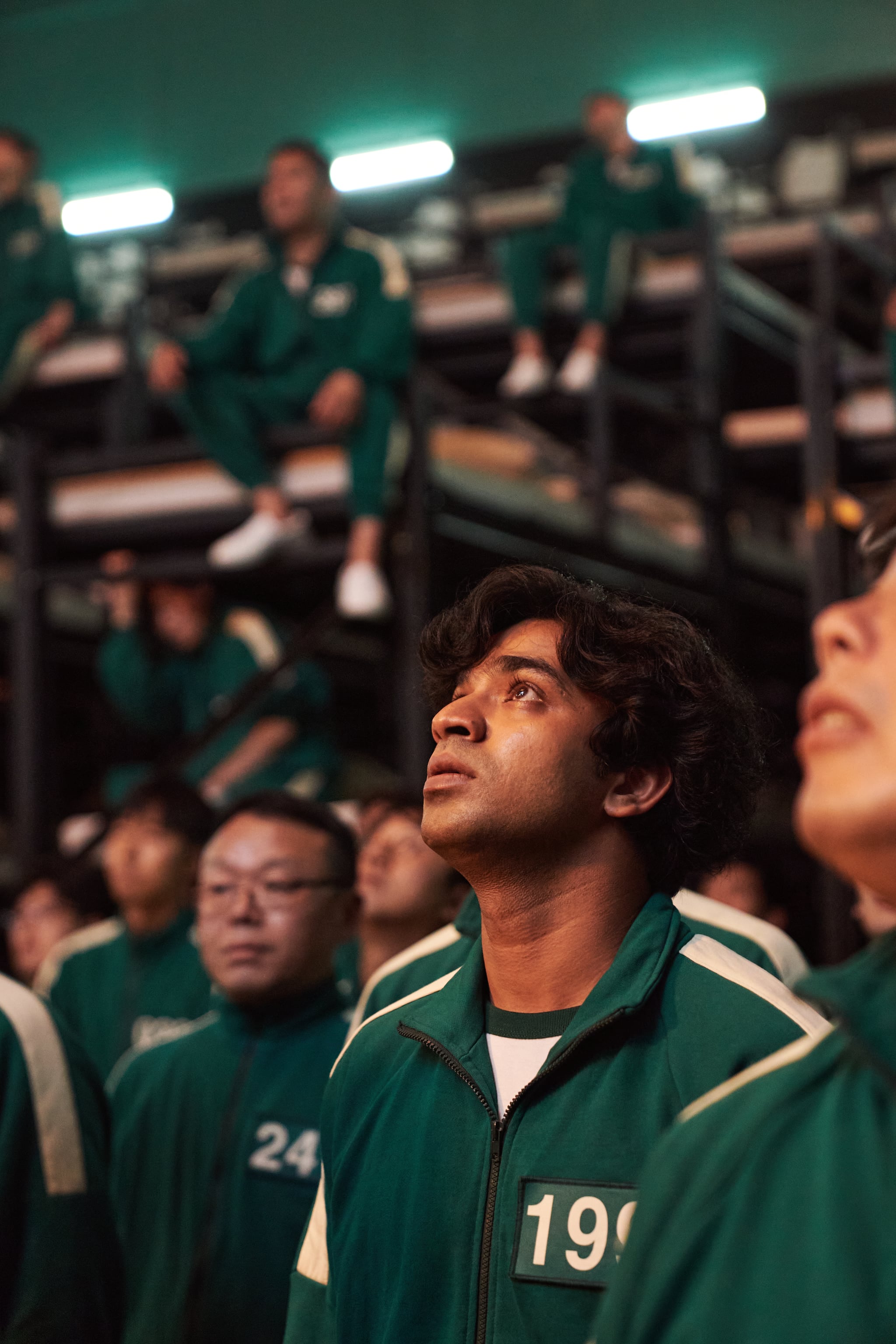 Viewers, beware: if you're watching Netflix's Squid Game, don't get too attached to any one character. Trust us, it's for the best. Warnings aside, contestant 199, Ali Abdul, was quick to win the hearts of fans from the moment he appeared on screen in the first episode, injecting an otherwise grim show with a much-needed dose of kindness. From the first episode, his wholesome personality had us hooked, but nothing could have prepared us for the chilling twist in his storyline.

Like a case study in humanity under extreme circumstances, the Korean drama pits players against each other in a series of life-threatening challenges modelled after popular Korean children's games. Regardless of their strategy, each player faces a crucial question at the start of the competition: how far will you go to win the game? Some characters, like crime boss Jang Deok-su, aka player 101, are conniving and relentless, making it easier to harm other players to get what he wants. For more innocent characters like Ali, a factory worker from Pakistan, holding onto one's humanity is the only way he knows to play the game.

After his employer denies him his pay for several months, Ali enters the game with the intention of winning enough money to support his wife and one-year-old son. Before we even learn his name, Ali demonstrates his kind-hearted nature during the Red Light, Green Light game in the first episode when he grabs Gi-hun by the back of his jacket and stops him from falling on his face, and incidentally from being eliminated, aka killed. Gi-hun later shows his gratitude for Ali's selfless act by letting him join his alliance with his acquaintance, Cho Sang-woo, and the oldest player in the game, Oh Il-nam.

As tensions rise and players became more ruthless, Ali unintentionally leaves himself vulnerable to the unrelenting nature of the game.

Unfamiliar with the ins and outs of many Korean games, Ali is at a disadvantage as soon as he steps foot in the game play arena. But, trusting of his fellow man, he naively leans on his newfound allies for support, allowing them to guide him through the competition. At the start of the game, Ali's plan seems to be working, but as tensions rise and players became more ruthless, he unintentionally leaves himself vulnerable to the unrelenting nature of the game.

In the episode "Gganbu," players are instructed to pair off into teams of two to prepare for the fourth game of the competition. Unsure what the next task will be, Sang-woo, one of the more strategic players, asks to team up with Ali, who is quickly identified as one of the youngest and strongest competitors. Together, he insists they'll be an unstoppable team and make it to the end. Holding a deep respect for Sang-woo and his kindness, Ali agrees to team up with him after only a brief moment of hesitation, waiting for Gi-hun's approval.

To begin the game, the guards distribute small bags containing 10 marbles each to every player. Moments later, the disembodied voice over the loudspeaker reveals that the teams won't actually be competing together but facing off in a one-on-one marble game of their choice, with the losers facing immediate elimination. Unfamiliar with any sort of marble game, Ali lets Sang-woo choose and ends up playing a guessing game in which they pick an odd or even number of marbles to conceal in their hands. Taking turns, they then guess whether their opponent is holding an even or odd amount of marbles. If they guess correctly, they're allowed to keep the other's marbles.

Even though he's never played before, Ali quickly ends up winning every round, enrageing Sang-woo who accuses him of lying and cheating. Afraid, Ali apologises but insists he's been playing fairly. After Sang-woo calms down, he tells Ali he's sorry for losing his temper and convinces him he's come up with a plan to outsmart the system so that they'll both make it out of the game alive.

With no reason to distrust Sang-woo so far, Ali agrees and watches as Sang-woo takes his sack of marbles to make him a cloth necklace out of fabric from his shirt, which he tells Ali will make it easier for him to carry the bag. Sang-woo then insists they should split up to observe the other players and meet up again with three minutes left in the game. Unfortunately for Ali, Sang-woo's plan was a trick to distract him while he swapped Ali's bag of marbles for a bag of pebbles, keeping the real bag for himself. With minutes left in the challenge, Sang-woo turns in the bag of marbles he stole from Ali, securing his safety and Ali's demise seconds later. For Squid Game fans, the moment of betrayal cut deep, and for many, Ali's death one of the most heartbreaking in the entire series.

"At its core, Squid Game is a series that highlights the importance of the losers as much as it does the winners."

Gruesome and heart-wrenching, at its core, Squid Game is a series that highlights the importance of the losers as much as it does the winners, giving heartfelt backstories and redeeming qualities to some of the show's most short-lived characters. Even though there's no one hero in the series, Ali comes close. His kindness and bravery set him apart from the crowd of people willing to kill to get what they wanted, and even if he didn't win the game, player 199 won a spot as one of our favourite TV characters of 2021.

It won't heal the emotional wounds of seeing one of TV's most wholesome characters so brutally betrayed, but check out this behind-the-scenes chat with the Squid Game cast ahead for a lighter look at one of Netflix's darkest shows.