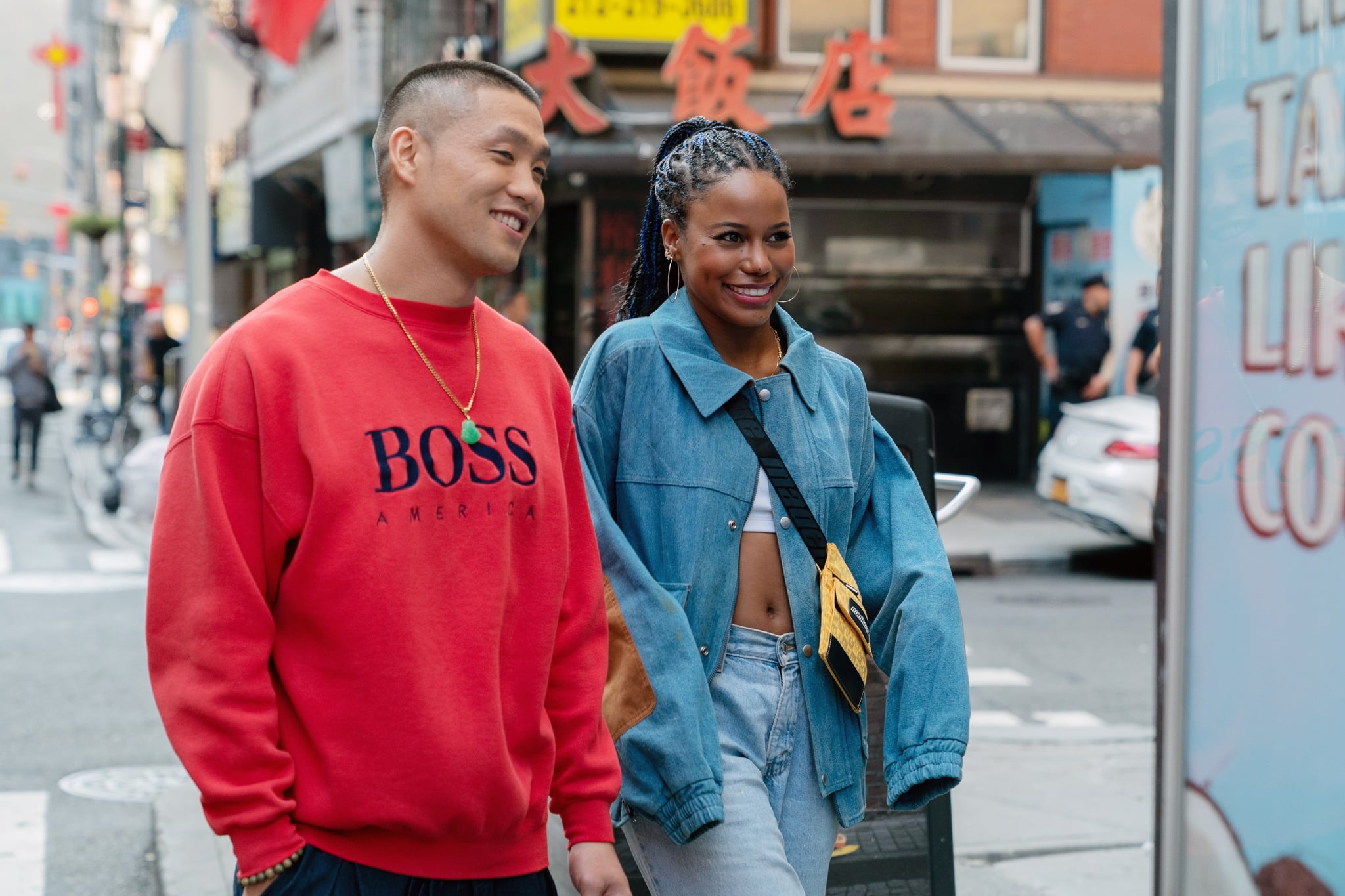 "Let's take a deep breath right now, right before we start," Taylour Paige suggested to me over the phone. It was four days before the release of her latest project, Boogie, but the actress proposed the meditative pause to give us a moment of clarity from the hectic Monday before we dove into our conversation. It only lasted a breath, but it was the perfect introduction to Paige as a person: introspective, astute, and empathetic. It's her insightfulness that almost led her to reject the role of Boogie's Eleanor, the high schooler with a fiery disposition who falls in love with basketball player Alfred Chin (Taylor Takahashi).

"When I first got it, I turned it down because I was like, 'I'm not in high school and I do not want to be dragged for this,' because no one needs another reason to drag someone," the 30-year-old rightly pointed out. As she went on to explain, a genuine worry about offending New York City's residents with her portrayal also gave her hesitance. "My dad's family is from New York, but I've never been fortunate enough to live there yet and I was worried. I genuinely respect New York culture and all the boroughs, and I just didn't want anyone to watch and think, 'You have never been here before.' I just tried my best to give what I could."

"There's a large distinction; one is not being real with oneself and trying to placate others. . . . I don't have to always be nice — I can be direct and still have dignity."

Paige's journey to Eleanor involved talking to a "friend's friend" who grew up between Brooklyn and Queens. "We would send each other voice notes, and she'd be like, 'No, that doesn't sound right,' or, "OK, that sounds better,'" she shared. "But I only had two days to prep the roles. The whole time I was worried, but she did what she could." It's the East Coast attitude of being kind but not nice that Paige wanted to capture. "I feel like I'm a recovering people-pleaser that used to be nice while not true to what I was feeling or my emotional boundaries, and I really respect that difference from the East Coast," she explained. "There's a large distinction; one is not being real with oneself and trying to placate others. And looking back, I get that it was survival in a way while I was growing up. But then there's kindness. I don't have to always be nice — I can be direct and still have dignity. I can say, 'Hey, I didn't like that,' or, 'I'm tapping out, sorry, I turned off my phone.' There are boundaries. And I feel like New Yorkers learn that sh*t way sooner than anyone else."

As a native New Yorker, I appreciate that level of dedication and understanding about our fair city. We're a complicated bunch and rarely do people get us right. And if there is anything that Boogie gets right, it's the New York City vibes — thanks to actually filming in the city. Mainly taking place in Flushing, Queens, the movie follows Takahashi's Alfred, the titular Boogie, an aspiring basketball star who dreams of being drafted into the NBA. He juggles his parents' expectations with his own aspirations and desire to defeat the neighbourhood champion, Monk, played by late rapper Pop Smoke. Eleanor is Boogie's driven classmate that he's instantly smitten with who, despite a truly horrendous pickup line, decides to give him a chance.

"She loves learning and I feel like she ain't taking nobody's sh*t. She has a little crush on the guy, but she's annoyed by him because she thinks he wants attention and is disruptive to her learning," Paige explained. "I also think she sees something in him pretty early on that is sad and glorious, because she sees that he's special with a gift, but he's hurting."

Sad but glorious is a fitting description for the young Chinese-Taiwanese student who struggles to make everyone happy, including himself, while battling with the mounting tension between his estranged parents. But his romance with Eleanor gives him a brief reprieve from his constant worries, giving viewers brief — and awkward, as high school loves always are — peeks into their growing relationship. While Boogie is confident to the point of cockiness on the court, he's more uncertain off of it and Eleanor provides the encouragement he needs to explore his sense of self separate from the pressure placed on him by his family. Those were some of Paige's favourite scenes to film, along with anything else aside from the basketball games where the cast could be all together.

"I think that there's something so pure about your first love. It's about the desire to be seen, and I thought theirs was really special," she said, noting that although the film's main focus is a coming-of-age story, it's also a love story. "Eleanor could see that Boogie was sabotageing himself, even though he's talented. They empathize with one another. Even though they come from completely different backgrounds, there was something very similar that connected them." 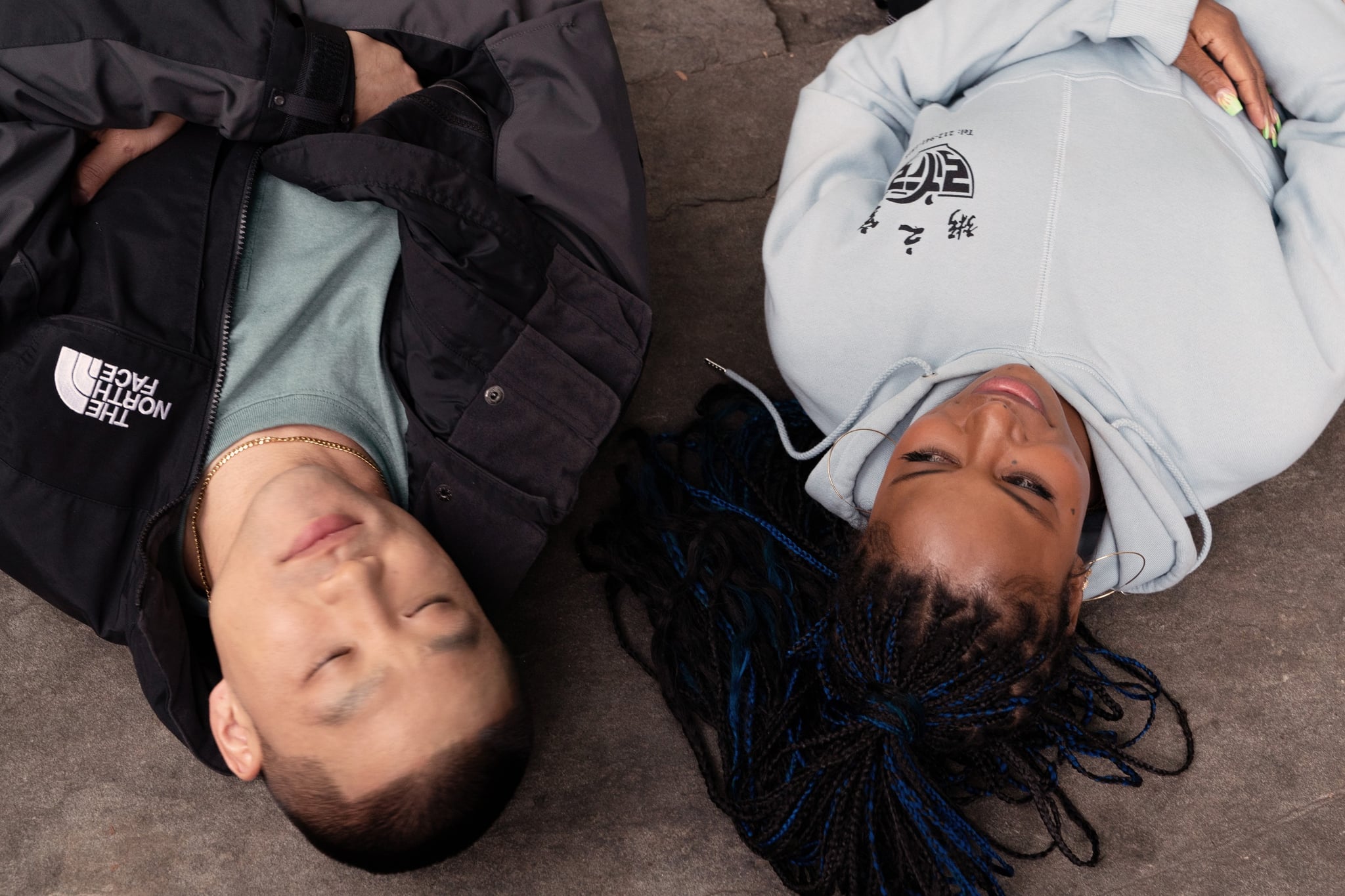 Although the two initially have an antagonistic relationship, with Boogie acting like the class clown and Eleanor resenting him for disrupting the class, she soon realises there's more to the ballplayer's devil-may-care attitude. "At first, Eleanor just thinks he's annoying, but it turns into her telling him, 'You're projecting, I see that, and when you're talking about your pain, you don't have to laugh about it. It's not funny. I hear you,'" Paige noted, spelling out the tangled dynamics that weave the young couple together. "I think kids are gurus. They're really the teachers, they reflect our BS and I think that people who don't work on their sh*t turn into 40-, 50-, 60-year-olds with unhealed sh*t. So, people might think this is just a movie about high schoolers but I just think it's so much more than that."

Unhealed sh*t truly does fester, so Paige isn't far off in that declaration. And she believes there's longevity in the relationship between Boogie and Eleanor. "For the sake of being a realist, but also being a hopeless romantic, I think they take a little bit of a break and go on what they're supposed to do," the actress mused when asked about the young couple's future. "And then they reunite and they're together. They need to expand a bit more, have a couple more experiences with other people. But the love is always there and they'll find their way back."

Related:
We're Head Over Heels in Love With These 20 Romantic Movies on HBO Max

When I pointed out that Boogie has one of the few onscreen portrayals of a romance between a Black woman and an Asian man, Paige admitted that the thought hadn't occurred to her until the production began filming. "I thought to myself, 'Was Romeo Must Die the last time we saw this?" (More recent examples include Issa Rae and Kumail Nanjiani's The Lovebirds, as well as Namaste Wahala, both available to watch on Netflix!) Director and screenplay writer Eddie Haung, whose life loosely inspired Boogie and who made his directorial debut with the project, wanted the actress of Eleanor to be a woman of colour, but it was with Paige's casting that the character truly gained shape. That even included Haung giving Paige vintage clothes to suit Eleanor's tomboy style — though she sadly didn't get to keep any of it. "We made it comfortable for me to play her authentically. I think that it was cool that we made her a nuanced Black woman who happens to fall in love with this dude."

With Boogie making its debut on March 5, there's more on the horizon for Paige. A24's highly anticipated dramedy Zola, based on an infamous 148-tweet Twitter thread from October 2015, is slated for a US release on June 30, with the actress playing the starring role. The film premiered at the Sundance Film Festival in January 2020 to rave reviews that praised Paige's performance. She also stars in an upcoming indie film helmed by Lena Dunham titled Sharp Stick. When I asked the actress what draws her to a project enough to say yes, she took a deep breath before answering, as we did before the interview.

"I just feel it," she answered. "I'll read it and I can't stop thinking about it, or I ask myself, 'Is this going to be the next part of my soul's expansion and am I available to this yet? Can I take Taylour out and give something of myself, and lend myself in service of the story? Why are we telling the story? What are we trying to say here?' And I take judgement out of it. If I can't take the judgement out of it, I don't do it."