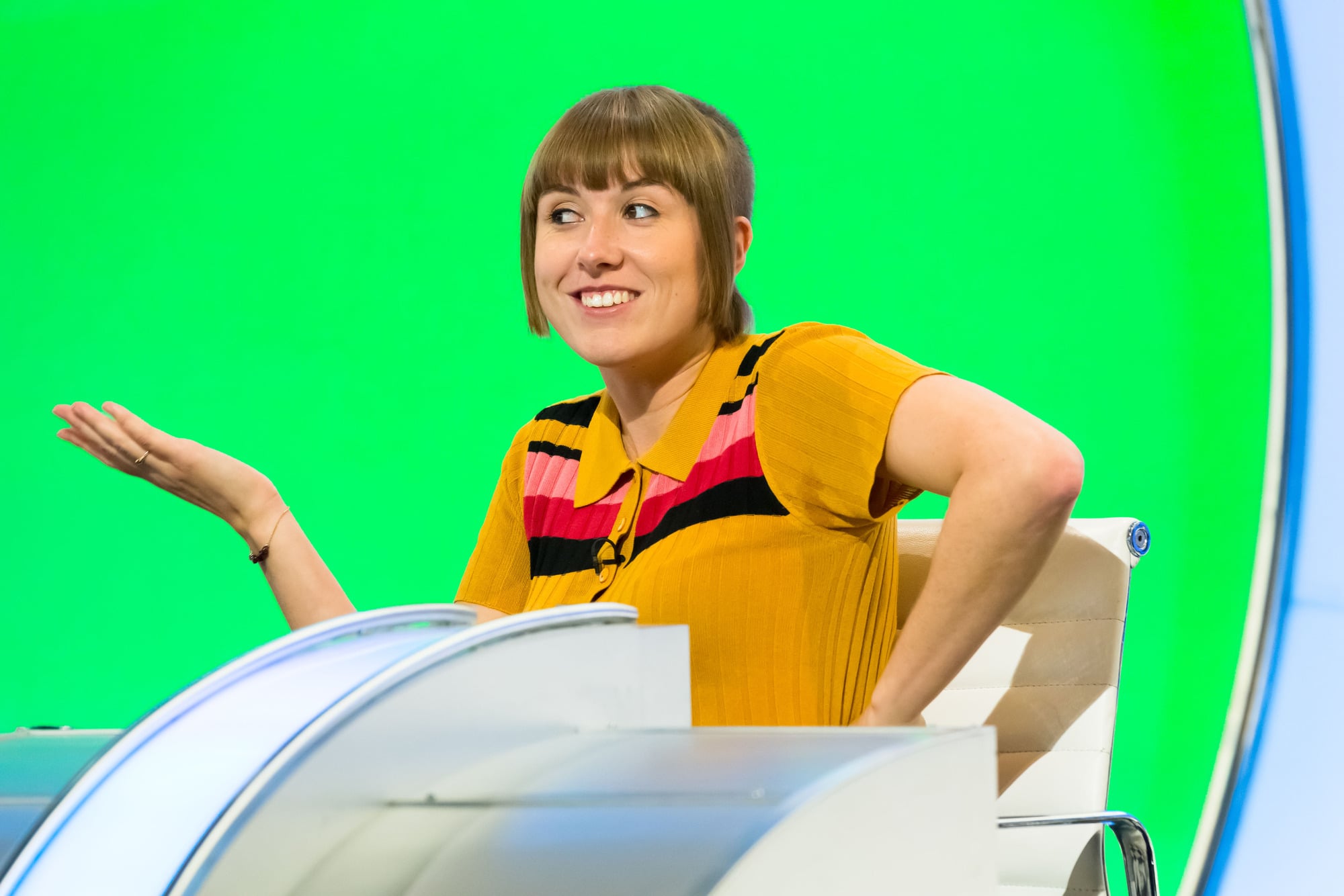 ITV2's new series The Cabins is giving us our Loved Island fix in lockdown. The dating show pairs up 12 singletons in a remote cabin who have 24 hours to decide if they want to stay paired up with their date or choose someone new. Get ready for the drama, love, laughs, and a few tears that we've all been missing since similar show Love Is Blind premiered last year — and the voice behind it all is narrator and comedian Maisie Adam.

While many fans were convinced that The Cabins narrator was Diane Morgan, she's actually comedian Maisie Adam. Originally from Yorkshire but now based in Brighton, the 20-something comedian started out in stand-up comedy before securing an agent and getting television roles. Adam first appeared on ITV2's The Stand Up Sketch Show and then made cameos on various celebrity panel shows like Mock the Week, QI, and 8 Out of 10 Cats