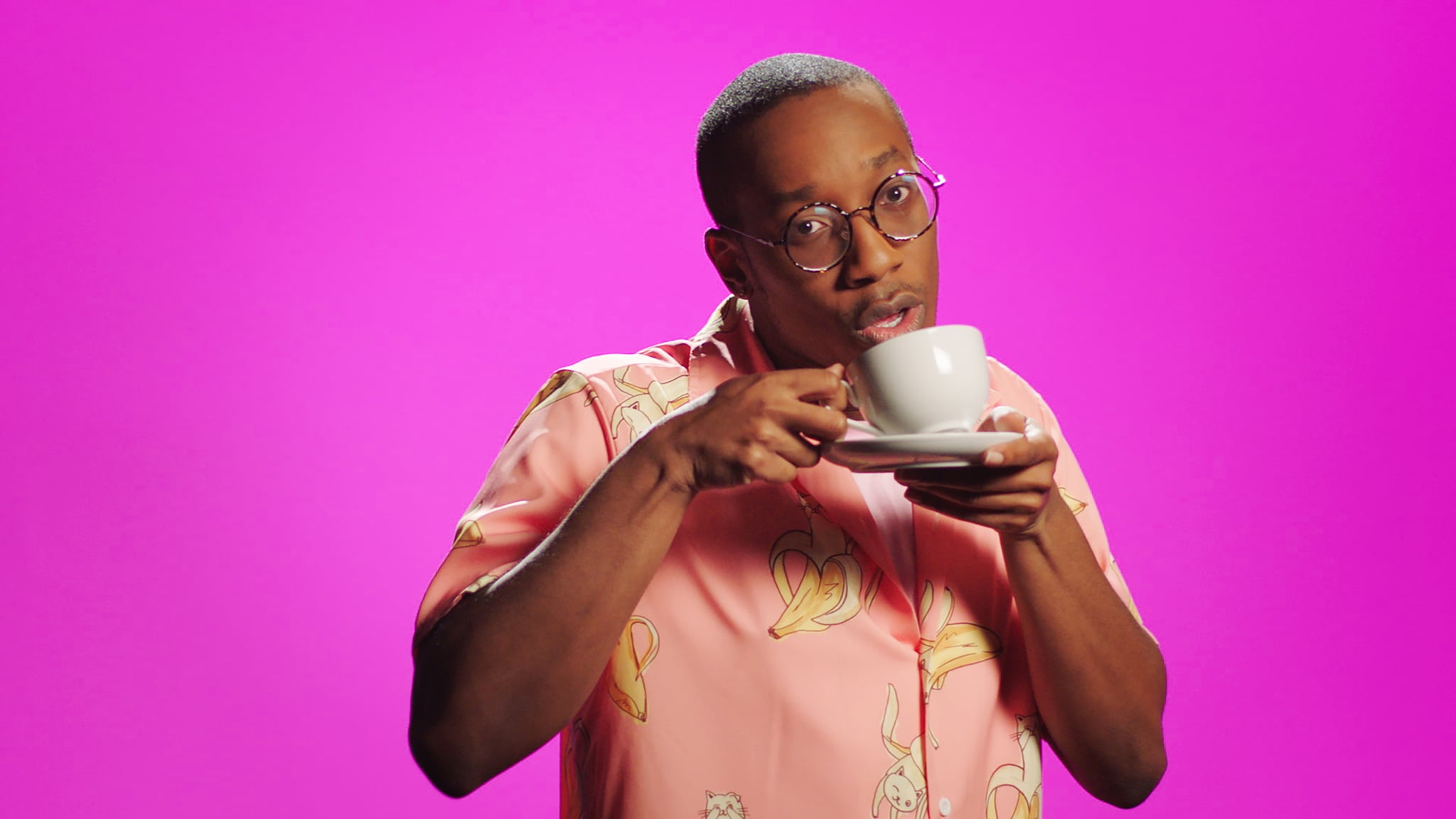 The second season of The Circle has been out on Netflix for only a minute and Courtney Revolution is already a fan favourite. With a last name like Revolution, how could he not be? He was basically made for this. A 28-year-old creative from Los Angeles, CA, Courtney describes himself as a "sweet little sunflower," even though he says the biggest misconception he gets is that he "looks like a b*tch." After binging the first four episodes in one sitting (yes, we did that), it's so obvious Courtney is anything but that!

On The Circle, Courtney is a "coffee slinging hero," who loves "to laugh" and "live [his] life out and proud." While the latter of that is true, back in California he's actually the host of a pop culture internet show and podcast not a barista. Anxious the other The Circle contestants would catch on to his journalistic skills and "nosy" questions, Courtney altered his job title for the sake of possibly winning a $100,000 prize.

Pre-pandemic, Courtney was one half of Hollyscoop's The Morning Tea, a show dedicated to celebrity news. Nowadays, he's the voice and digital creator behind his very own pop culture show called Green Chair Chats, which he's been hosting for over a year on his YouTube channel CourtneyRevolution. The one-hour internet show explores breaking entertainment news and reality TV while dishing out a piping cup of Hollywood tea. A pop culture enthusiast through-and-through, the west coast native also hosts the celebrity culture podcast Overheard in the Pantry with his friend and fellow celebrity fan Phylesha.

Keep up on all things Courtney (@courtneyrevolution) by following him on Instagram and if you find yourself becoming a real Courtney stan, he's got CourtneyRevolution merch available too! Be sure to tune into The Circle on Netflix, where new episodes drop weekly.