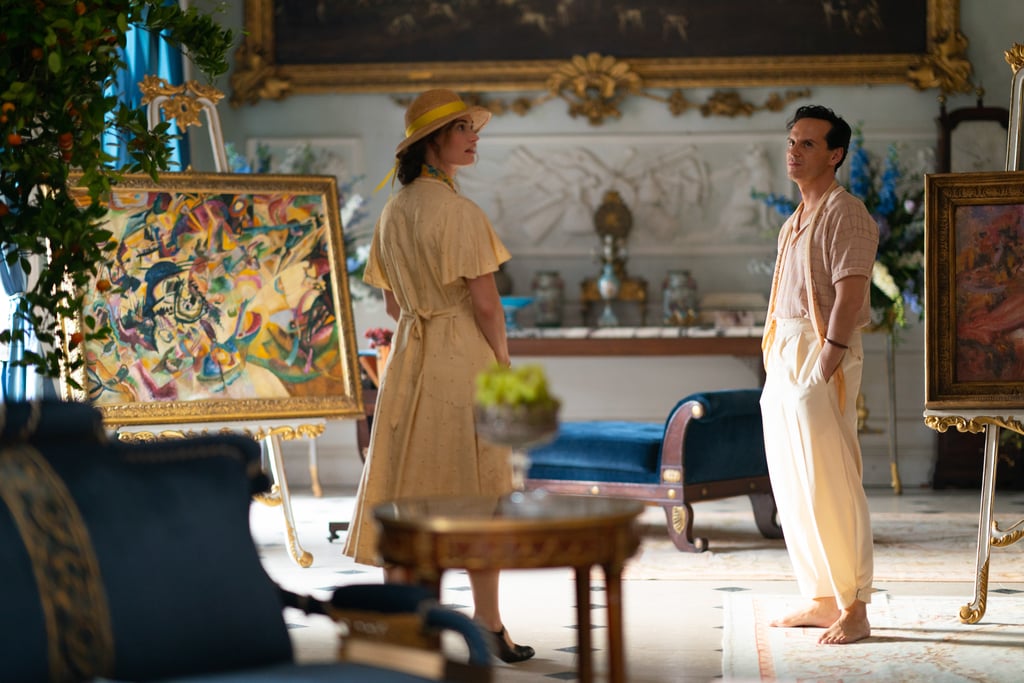 The Pursuit of Love Has an Epic Soundtrack, Because Emily Mortimer Is "Allergic" to Uncool Music

The Pursuit of Love, BBC's latest book-to-TV adaptation, landed on our screens on 9 May, and so far, the response has been pretty positive. One of the most significant things about the show, though (as much as we'd love to admit that it's all about Andrew Scott), is actually the soundtrack. The period drama has followed in the footsteps of Bridgerton musically, as it uses more contemporary music that juxtaposes the period it's set in with a soundtrack that — despite being set in the 1920s — features the likes of Le Tigre, New Order, and Nina Simone.

The show's screenwriter and director, Emily Mortimer, discussed her influences in a statement, citing Sofia Coppola's Marie Antoinette as a huge inspiration. "It's such a visual treat. It feels fresh, you don't feel like you have watched a period drama. At the end of Marie Antoinette, you feel you've watched a movie about a young girl becoming Queen of France and she doesn't know how to handle it," Mortimer explained, adding that "I wanted to have these beautiful costumes but still feel relevant. Similarly with Little Women, which was done so brilliantly, you don't want it to feel like you are watching a movie about girls all those years ago and it doesn't. That's been my driving impulse, to make it feel exciting and fresh. I've tried to avoid clichés and pitfalls. I knew how I wanted it to look, feel and sound. I had been making a world."

The song choices were most definitely intentional, too, and a number of them were even written into the script. At the BFI and Radio Times TV festival, Mortimer said on a panel that "I had to make it work visually as I was writing it. I even put certain tracks in [the script] that I wanted to play." She also told viewers that there was a song that didn't end up making it into the show purely because it would've cost too much to include. "It was Grace Jones singing 'La Vie En Rose' which I had always written in to the script, for the third episode when Linda's in Paris," she said, explaining that she "had always imagined [that scene] to that track. Having that [song] in there gave me free rein to think 'you can go anywhere with the music' and I am particularly allergic to the music that is contemporary to that period, which is just so depressing. It's a weird jazz, but it's not a sexy jazz. It's just so uncool. In a way, that was almost the only rule, which was that it can be anything except for music that is contemporary to that period. It was so sexless, weirdly, even though it was such an exciting time."

Whilst writing the script, Mortimer knew there was going to be something different about the music, telling viewers that "it's got a rock and roll soul, it really does. Linda's got a rock and roll soul and there was just something about it, something about the material that felt like it kind of merited it or deserved it, and that you couldn't make something that didn't have a bit of that punk rock spirit. I think [the music] suits it, to me it doesn't feel like it imposed on it."

Read on to discover all the tracks that made it into The Pursuit of Love.