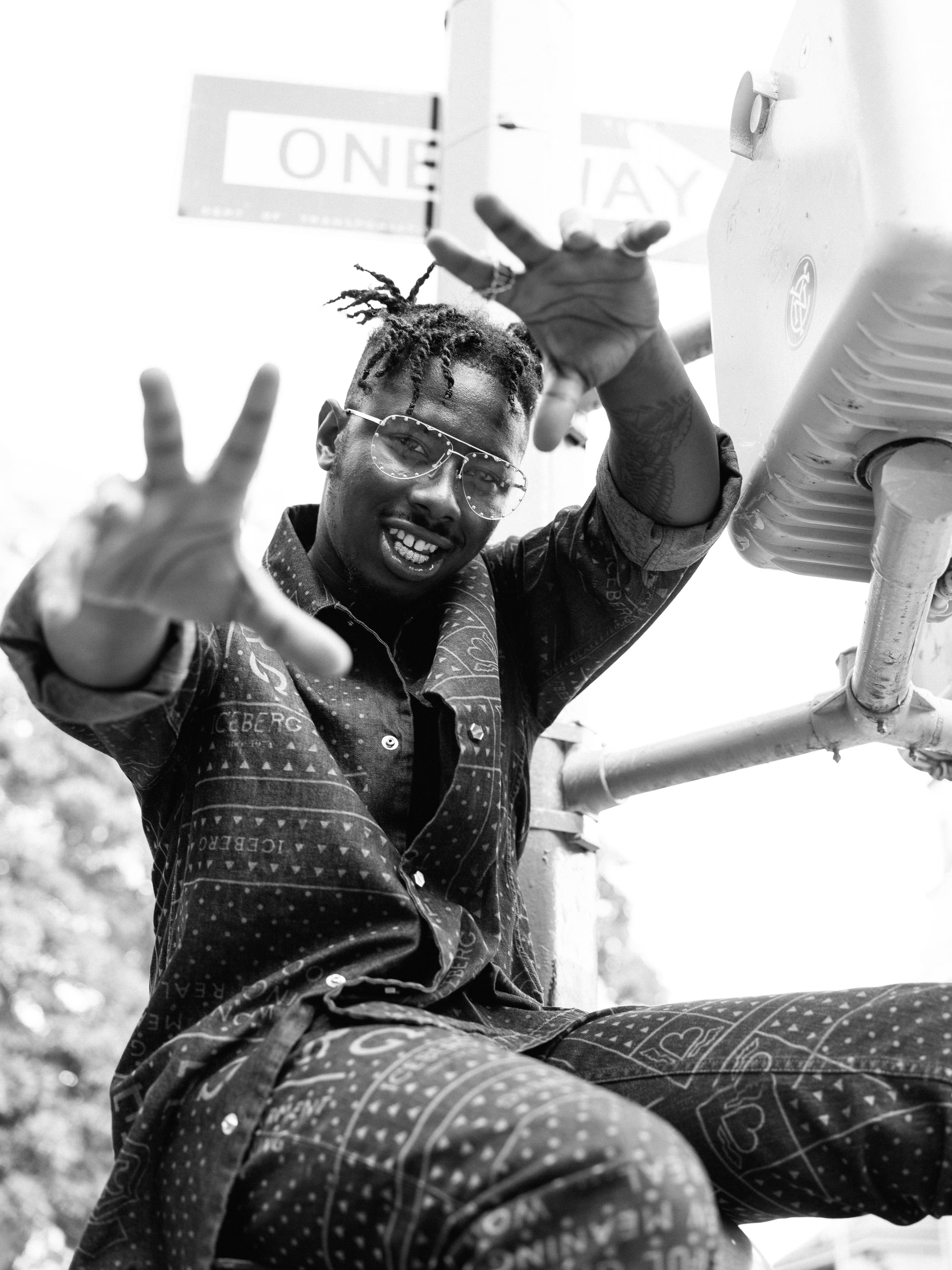 Hulu's Wu-Tang: An American Saga broke new ground in hip-hop storytelling when it first premiered in 2019. The 10-episode biopic series — which tells the true-life story of the Wu-Tang Clan and their rise to fame in the '90s — is growing to be a staple in the TV landscape as a new generation of stars emerges to reintroduce the iconic hip-hop group to the masses. In its first season, the show offers more backstory as to how the crew members met one another, all while transporting viewers to the streets of Staten Island as told through the lens of RZA (played by Ashton Sanders). For season two, the show is finally digging into the group's efforts to successfully break into the music industry with their extraordinary sound.

For many of the cast members — Sanders, Shameik Moore (Raekwon), Siddiq Saunderson (Ghostface Killah), Dave East (Method Man), Julian Elijah Martinez (Divine), Marcus Callender (Power), TJ Atoms (Ol' Dirty Bastard aka ODB), Johnell Young (GZA), Damani D. Sease (U-God), Uyoata Udi (Inspectah Deck), and Zolee Griggs (Shurrie) — the show marks their biggest roles to date. Atoms, who originally auditioned for Moore's part as Raekwon, was tapped to portray ODB on the Hulu series after going out on tons of auditions as a beginner in the acting world. The novice actor — who hails from North Philadelphia — relied on music as his gateway to star on Wu-Tang: An American Saga, and the way he manifested his big break turned out to be a full-circle moment for him. "I started making music first, and that was my first passion," he told POPSUGAR. "I was making music, [and] I used to rap over Wu-Tang beats, so I feel like I definitely manifested the opportunity because I was channelling the energy of Wu-Tang since I was a teenager." 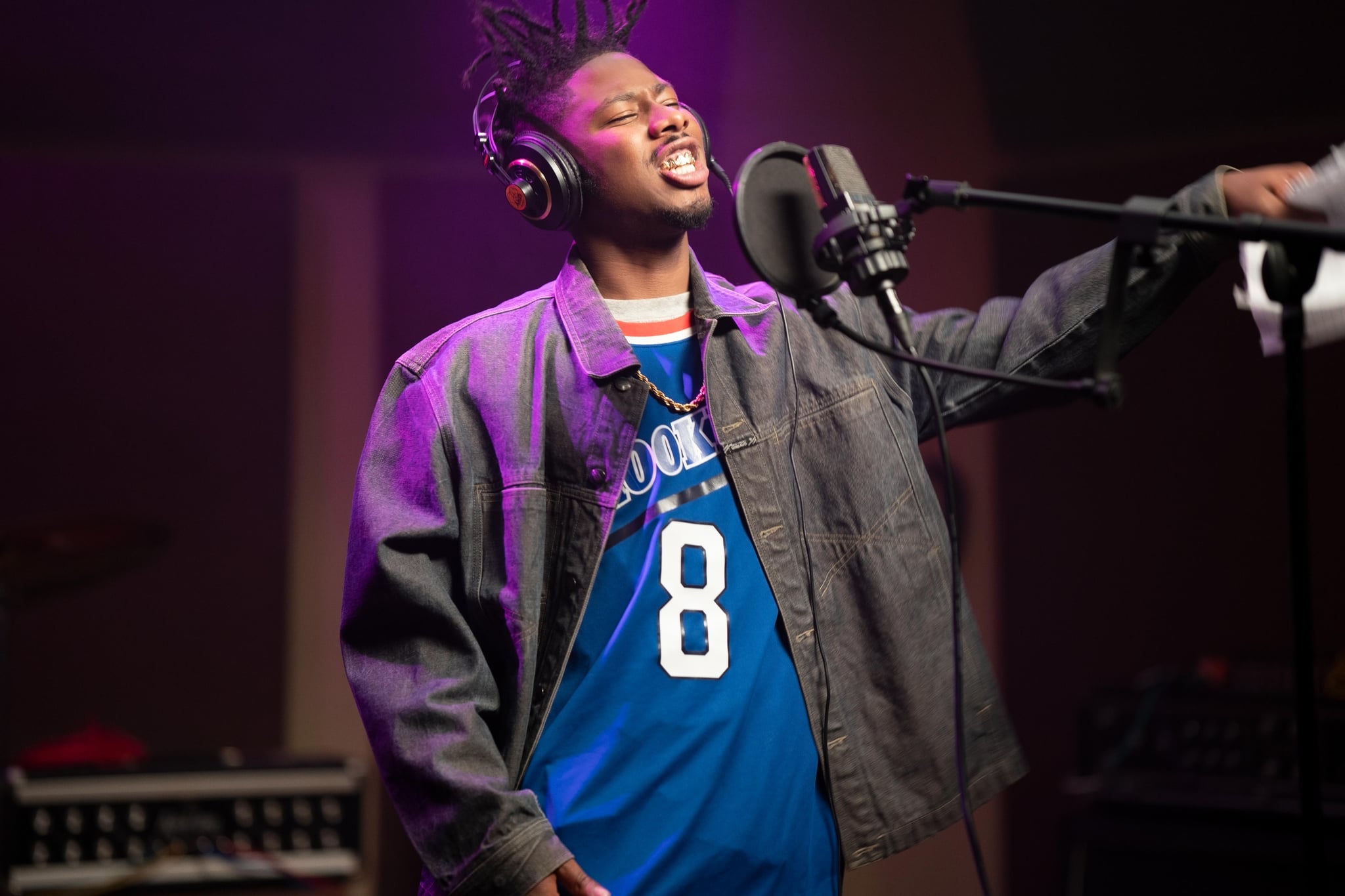 Unlike his costars, Atoms didn't have the advantage of connecting with his real-life counterpart since ODB died in 2004, so to prepare for his role, he made sure to do his homework on the late rapper and connected with his family to get their stamp of approval. "I just did a lot of research," he said. "A lot of preparing mentally and spiritually. I talked to his family, everybody I could reach, and asked for their blessing, and I just watched everything I could find on [him]." While he wasn't able to share that in-person connection with ODB, Atoms actually found his castmates to be great resources. "I learned a lot from my cast members as far as character skills because they went to college and studied acting their whole life," he said. "I never really had formal training, so I picked up on a lot of character-development skills from them." To be 26 and helm a role as big as ODB, Atoms is just grateful to be a part of a project that's making such a powerful contribution to hip-hop. "It's amazing to be part of something so monumental to the culture," he said. "The Wu-Tang is big to the culture, so I'm really grateful to be one of those chosen kids. I feel like one [in] a million kids wanted the opportunity, but I just got so lucky, manifested it, and it happened."

"It's amazing to be part of something so monumental to the culture."

It's rare to see a cast of a show come together and build such organic chemistry together like Wu-Tang: An American Saga has, and according to Atoms, the way we see them bond on screen is almost the same way they bond off screen. "I love my cast, man. They're the coolest," he said. "I didn't even think I would have really f*cked with them as hard as I do. We got a real brotherhood. It's like Wu-Tang on set, and then we got our own thing. We're like Wu-Tang off set, too. We're a new generation for the Wu-Tang."

Fans of the Hulu series are loving the new-age version of the Wu-Tang Clan. The way the show has developed over the last two seasons has given viewers a chance to see these characters truly grow into their personas, and for season two, Atoms made sure he kept everything about his character intact for the people who fell in love with his portrayal of ODB. "Fans [are] loving the character, so I didn't really want to change too much," he said about reprising his role for season two. "I probably enunciated some more words so you can hear me, because it was my first time speaking with grills, but I didn't want to change my method. I didn't want to change anything about how season one went because it went so well. My biggest fear was if I changed something and f*cked the whole thing up, so I tried to stay pretty much the same."

Related:
A Season 3 of Wu-Tang: An American Saga Has Yet to Be Confirmed, but It's Only a Matter of Time

The drama on Wu-Tang: An American Saga adds an enticing layer to the plot, and through it, the show is still able to sprinkle in a few real-life moments for fans to recognise. "Shout-out to the writers, shout-out to the producers, shout-out to the whole team," Atoms said. "This sh*t really takes a big team. This is a classic moment in hip-hop history and the culture altogether." And those classic moments are sure to continue in what we hope will be a third season of the show. Though Atoms isn't certain of everything we can expect to see next season (if and when it's confirmed, that is), he has high hopes that the series will show the next phase of the Wu-Tang Clan when they began to turn into household names.

"For the story, you're going to see what unfolds when the different members get signed to different labels," Atoms said, revealing his predictions for a possible season three. "And we'll see what happens when they really start doing the Wu-Tang thing for real. We're probably going to see tours and shows. A lot of performances and drama, for sure, because RZA was making all the decisions. Everybody didn't agree with RZA's decisions. I don't know if everybody [was unhappy], but I know some people were probably not as happy with RZA making decisions on their behalf, so we're going to see a lot of this and a lot of that."

Wu-Tang: An American Saga is available to stream on Hulu now. The final episode of season two airs on Wednesday, Oct. 27.