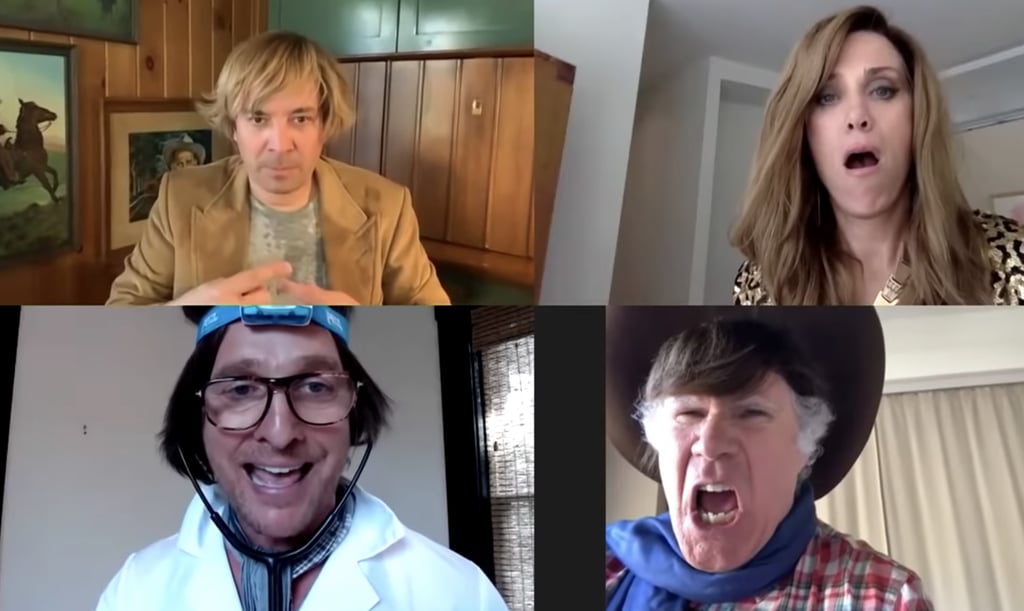 If you're running out of binge options on Netflix, we have a new recommendation for you: Jimmy Fallon's self-isolation soap opera, The Longest Days of Our Lives. The parody of NBC's Days of Our Lives is a segment on The Tonight Show Starring Jimmy Fallon and stars Fallon, Will Ferrell, Kristen Wiig, and Matthew McConaughey. There's a lot that unfolds in the hilariously convoluted storyline, so grab some popcorn and try to follow along.

The satire centres on lovers Winston (Fallon) and Vanessa (Wiig) whose relationship unravels because of a cheating scandal. Turns out, Vanessa has been virtually seeing Winston's long lost brother, Fontaine (Will Ferrell), who is actually after Vanessa and Winston's family fortune — dun, dun, duuun. Things become even messier when Vanessa somehow gets pregnant with an "internet baby" and they learn who the father is from Dr. DiNunzio (McConaughey). Oh, the drama! Ahead, watch the episodes that have been released thus far and stay tuned for new instalments.