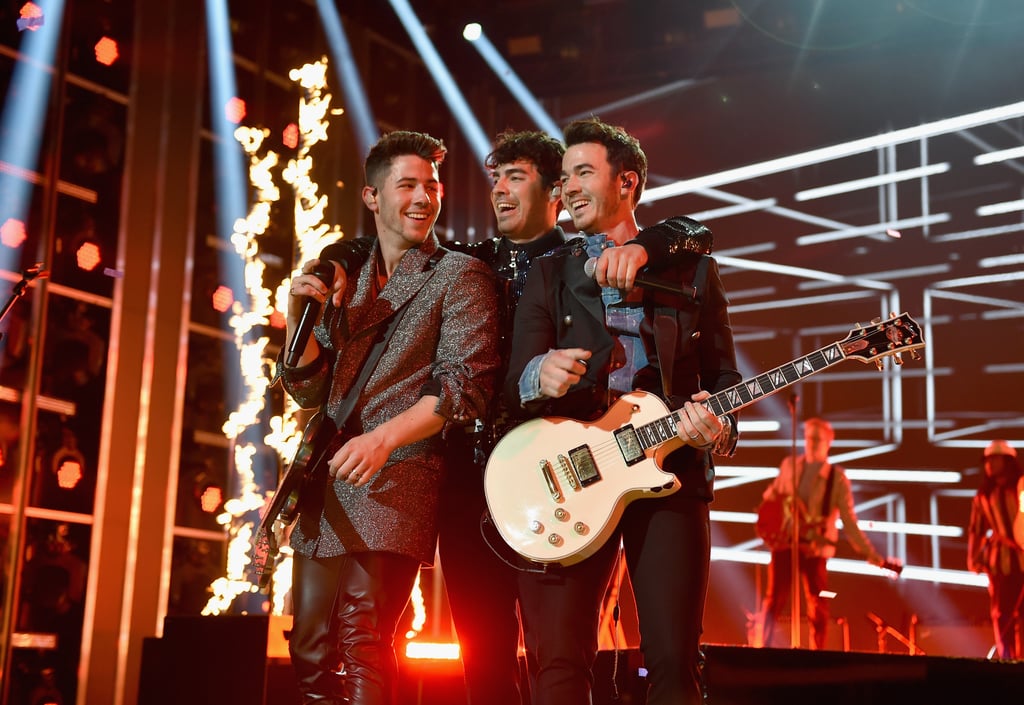 The Jonas Brothers Earned Their First Grammy Nomination Since 2009, and We're Losing Our Cool

The 2020 Grammy nominations prove once and for all that the Jonas Brothers are back and better than ever. On Wednesday, it was announced that the group of brothers were up for best pop duo/group performance for their smash hit single "Sucker."

The brothers reacted to their nomination by sharing a cute video of them freaking out in their hotel room. "Thank you everyone for making this year possible!!" Kevin captioned the clip on Twitter. "From no music a year ago to @RecordingAcad #grammy nomination today! Incredible!!!!"

While the nomination is a huge achievement in itself, it also shows how far Kevin, Joe, and Nick have come over the years. The Jonas Brothers received their very first Grammy nomination over a decade ago when they were up for best new artist at the 2009 ceremony. Even though they lost out to Adele, they went on to have a prosperous career.

Following their 2013 split, the brothers announced they were getting the band back together earlier this year. Since then, they have released an Amazon documentary about their life, released their Happiness Begins album, and gone on tour. We definitely can't wait to see what they do next. See some of the best reactions to their nomination ahead.