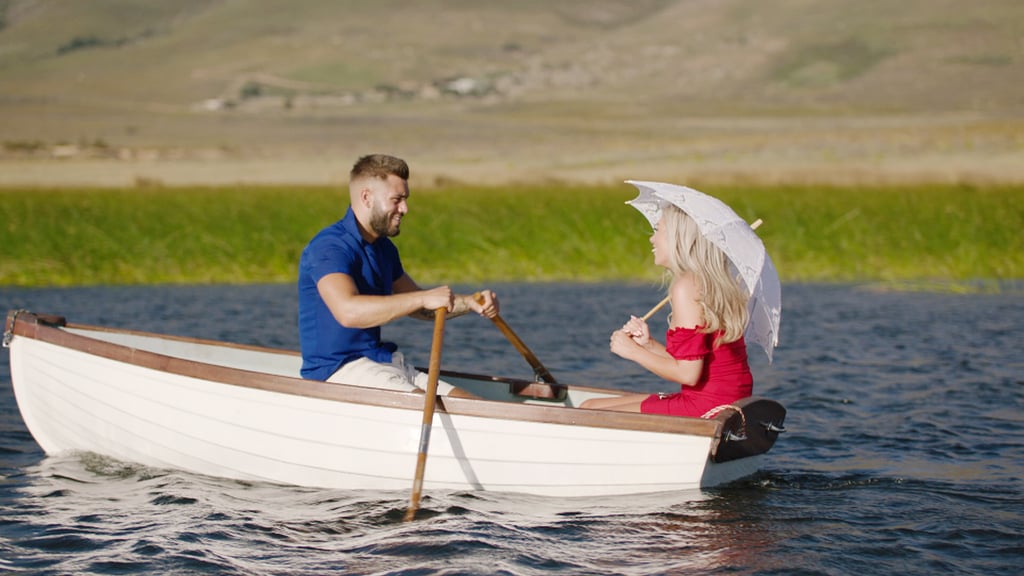 The Winter season of Love Island is slowly drawing to a close. During last night's episode, the islanders started heading out for their final dates. Three couples left the villa for a romantic day out, and while Mike and Priscilla went on a safari, and Jess and Ched had a sweet, bonfire-lit evening alone, it was Paige and Finn's The Notebook-themed date that had us — and, by the looks of it, Twitter — swooning all over the place.

Their day out started with Finn doing his best to row Paige down a waterway and ended with them both awkwardly admitting that they've tripped, no tumbled . . . OK, fallen in love with one another. Honestly, if you didn't melt watching Paige choke on her words as she struggled to finally admit she's "fallen" for Finn, saying he's "restored her faith in men", then we don't know what will.

Instantly, Twitter was flooded with heart emojis and cute memes that perfectly capture just how pure the moment was. Admittedly, there were also a lot of women swooning over Finn — who has not only shown how much of a gentleman he is (over and over again) but also proven to be one of the most emotionally mature islanders of the season. Ahead, see a few of our favourite reactions.