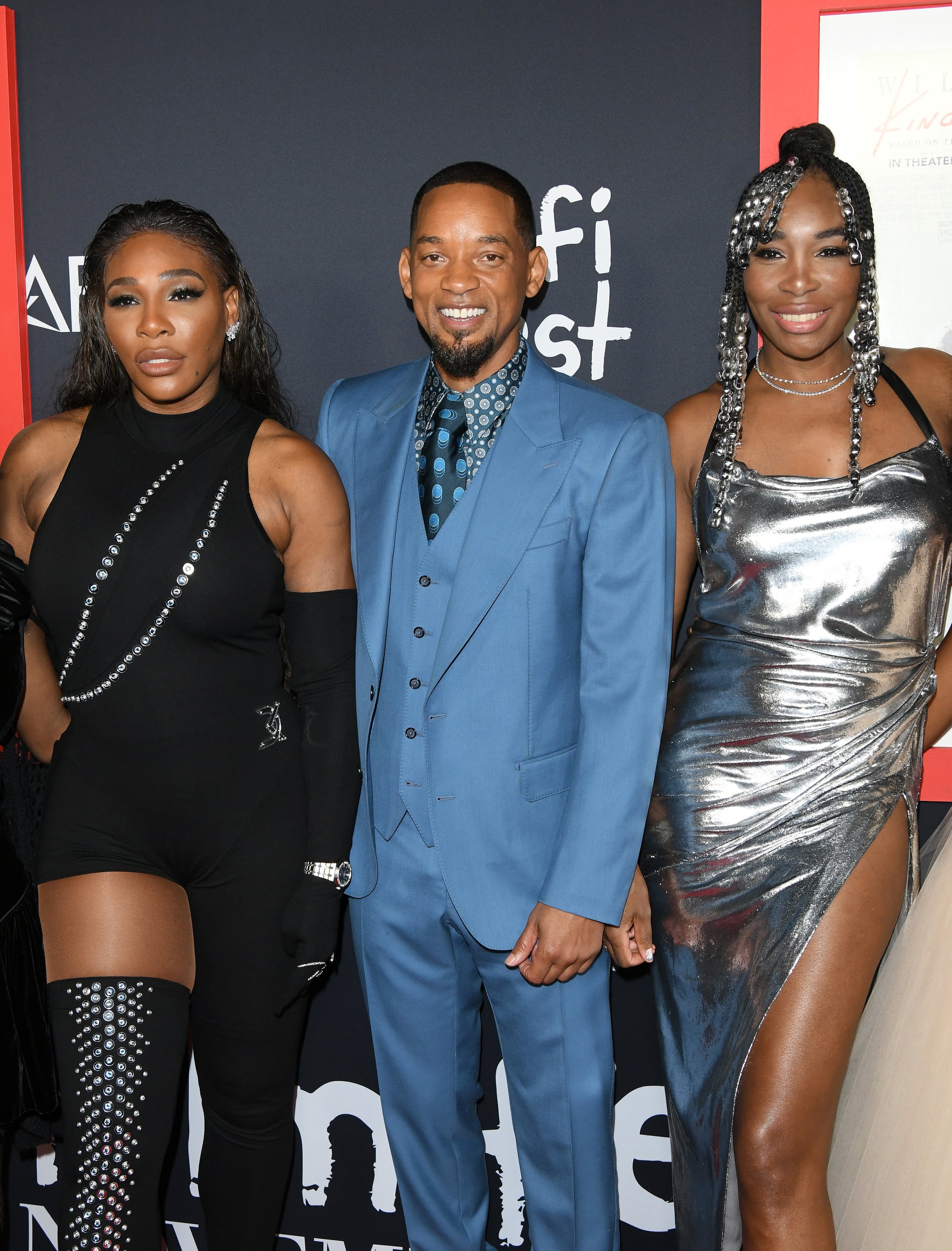 King Richard is getting a lot of love, especially from its real-life inspiration. Before signing on as executive producers of the biopic that stars Will Smith, Venus and Serena Williams first requested to see the final version of the movie. And while Smith told Jimmy Fallon it was "the worst two hours ever" waiting for their feedback, Venus assured us that he proved he was more than deserving of portraying their father.

"There are so many special moments throughout the film, but one of the highlights of seeing King Richard is Will Smith's portrayal of our father," she told POPSUGAR. "When he signed on to the role, we were definitely excited because he's the real deal, and he surpassed all expectations. He truly did his part to understand our dad and embody his spirit." Smith's casting sparked controversy back in 2019 after people pointed out that he didn't resemble Richard Williams's looks — specifically, his light skin versus Williams's dark skin. While many believed the role should've gone to another Black actor, the Williams sisters ultimately signed off on Smith portraying their father on screen.

Smith wasn't the only person who got the Williams sisters' stamp of approval. Actresses Saniyya Sidney and Demi Singleton, who portray the tennis legends on screen, also got a huge cosign from the sisters. According to Venus, it was an honour to have the two represent her family's rich legacy in a major motion picture. "It means more to me than I can express," she said. "Seeing the time, energy, and heart that both Saniyya and Demi put into mastering these roles is so inspiring. They both have incredible careers in front of them, and to honour our family the way they did, I will be forever grateful!"

Aside from the new biopic, Venus's and her sister's tennis legacies continue to inspire today's youth, both on and off the court. The seven-time Grand Slam singles champ has teamed up with Clif Bar to donate funds to the Harlem Junior Tennis and Education Program — a nonprofit that caters to young boys and girls who play tennis. "Finding ways to empower youth at a grassroots level has always been important to me, especially when we can combine education with sport," Venus said. "I love that with the support of Clif and HJTP, we can help provide opportunities to underserved communities that are so similar to the one I grew up in."