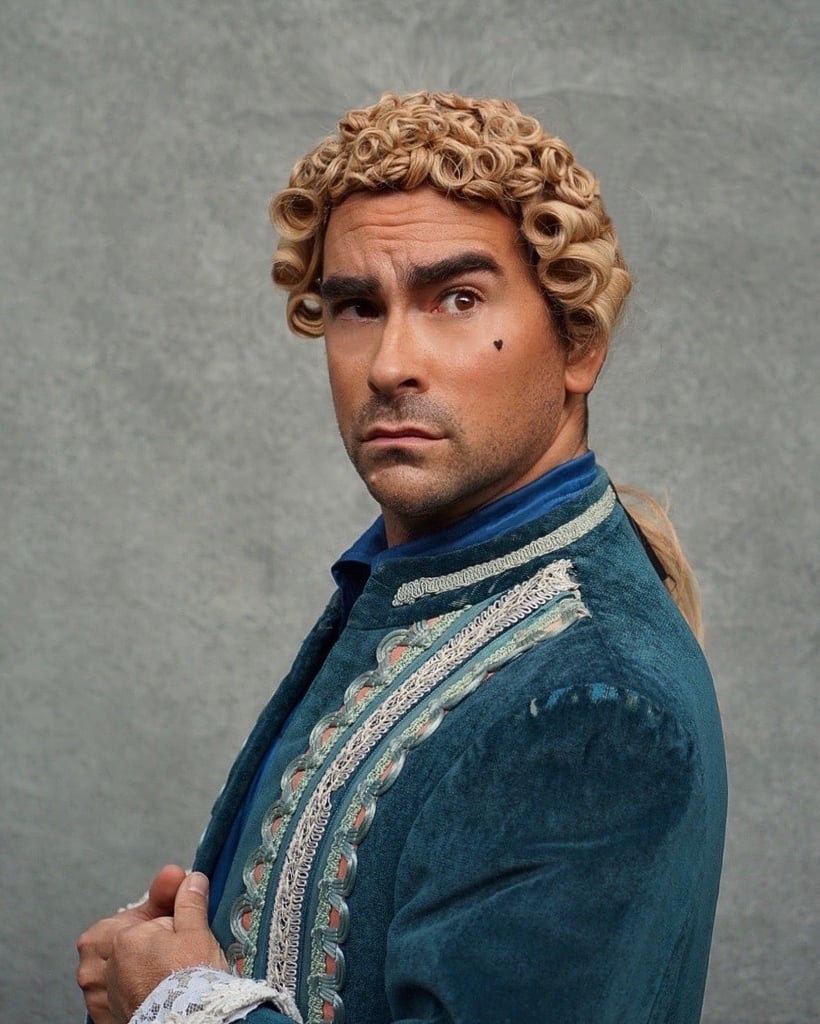 Our Favourite Stars Dressed as Their Favourite TV Characters, and We Can't Get Over It

It's been a great year for television, with everything from the final season of Schitt's Creek to new shows like Little Fires Everywhere and Hollywood. As part of W Magazine's 2020 television portfolio, released on 17 Sept., they asked some of television's most sought-after stars what they've been watching over the past few months . . . only with a twist. For the portfolio, each star had to dress as a character from a show they've been watching.

While there were a few nods to tried and true favourites like Friends and The Sopranos, a few reality shows managed to sneak their way in. What's probably most comforting about the portfolio is knowing that some of our favourite celebs are out there watching hours of TV like the rest of us. "Because we can't go out and distract ourselves in other ways," Schitt's Creek's Dan Levy told W, "We are in some capacity kind of bound to the television as a means of transporting us. I think for the most part, we're looking to distract as best we can." If anything, seeing stars like Levy, Maya Erskine, Lexi Underwood, and more dressed up as characters that aren't their own have us feeling like we're in an alternate dimension. Keep reading to see more stars dressed as characters from their favourite TV shows.

Race and Culture
The One Where I Wasn't Supposed to Like Friends, but I Totally Do
by Kedean Smith 11/6