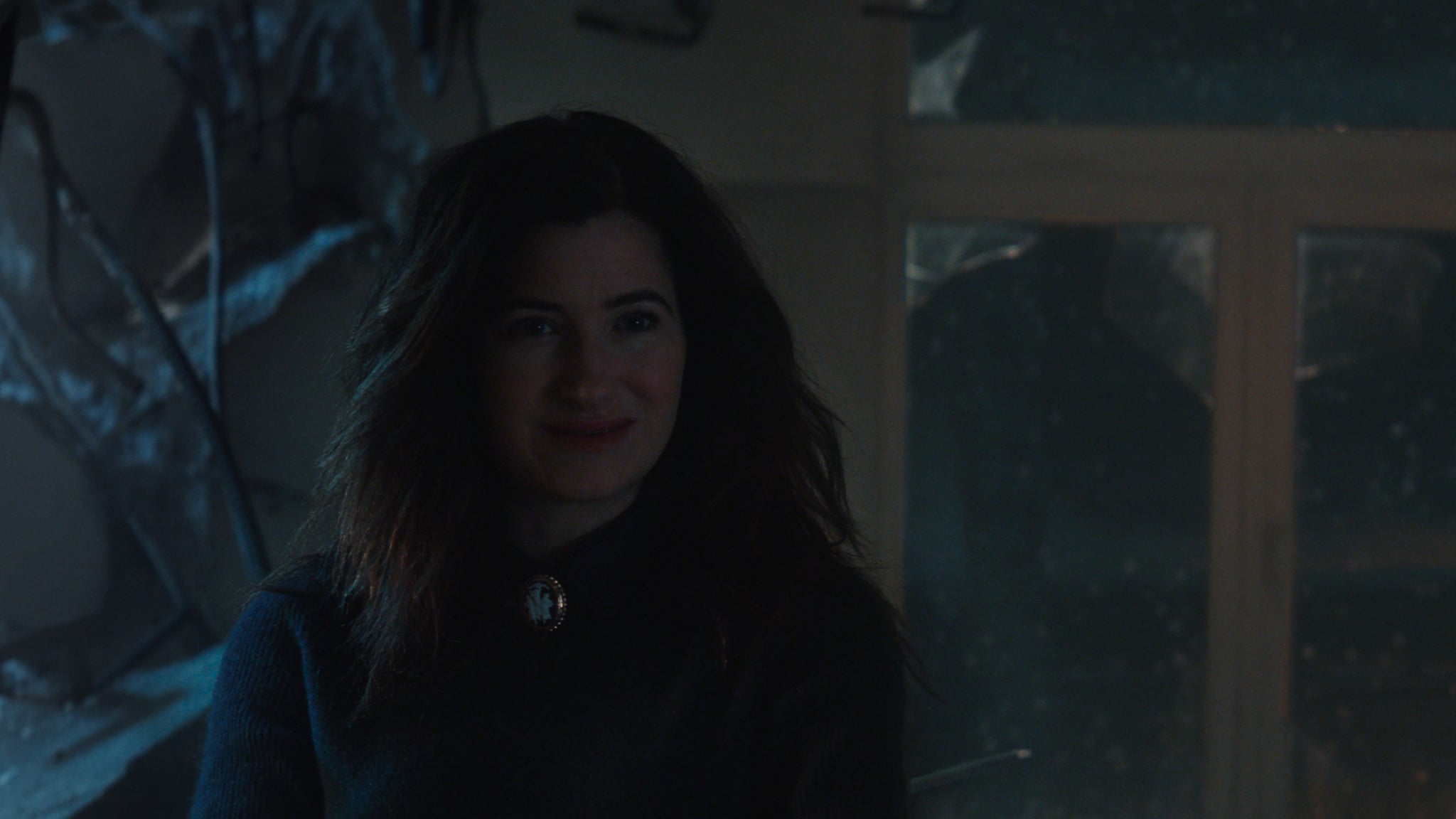 After weeks of speculation, we've finally gotten confirmation that WandaVision's nosy neighbour Agnes is actually the witch Agatha Harkness. Now, we're getting our first real look at her powers, and it turns out that she's definitely going to be a tough adversary to take down.

We first learn the extent of Agatha's powers in a flashback to the 1600s, where, at first, it looks like she's about to be accused at the Salem witch trials. She's accused and tied to a stake, that much is true, but it turns out she's being accused by her own coven of witches for betraying them and experimenting with dark magic. They accuse her of stealing forbidden knowledge and breaking their rules, to which she argues that she simply "bent" them. Unmoved by her pleas, they all send beams of blue-white magic at her (for unclear purposes), presumably as some kind of punishment.

Instead of being defeated, however, Agatha seems to actually get more powerful. The beams of magic slowly turn purple — which we know already is the particular colour of Agatha's magic — and drain the life force from the other witches, killing them. The last one left standing is Agatha's mother, who tries one last time to defeat Agatha but eventually succumbs and is drained and killed by Agatha too.

In the present day, we see that Agatha's powers are strong enough to be a match for Wanda's and to manipulate things in Westview. In fact, that's what's driving Agatha's actions: she's a witch who has worked and trained for centuries to gain her powers, but the completely untrained Wanda seems to be just as powerful, if not more so, and Agatha is desperate to know why. Agatha's magic does seem more tied to "classic" witchy things and rituals: she mentions that her basement is reinforced with runes and that fake-Pietro was created through crystalline possession.

In contrast, Wanda repeatedly insists that she doesn't know how Westview has been functioning, and we eventually see that she's telling the truth: in a moment of intense grief, a huge wave of magic emanated from Wanda, transforming the town into its bubble and recreating a version of Vision out of Wanda's magic alone. The battle between the two witches and their particular powers will probably be at the centre of the conflict on the WandaVision finale, and we can't wait to see how it turns out!