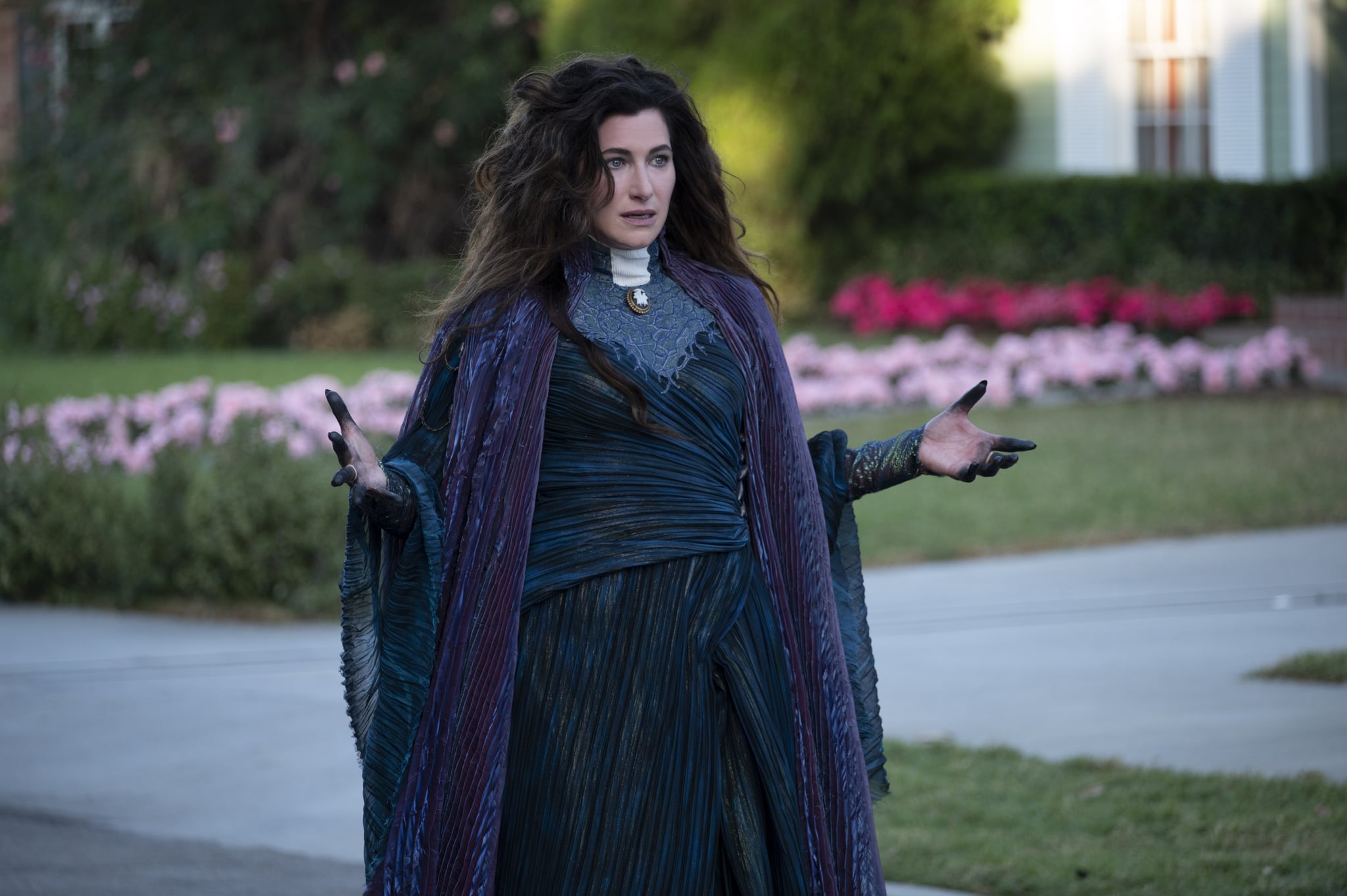 The finale of WandaVision wrapped up several of its plot points, including the showdown between Wanda and her "nosy neighbour" turned witchy foe, Agatha Harkness. What happened to Agatha, however, is less important than what might happen with her in the future. Although she is soundly defeated in the show's final episode, the door is left wide open for her to return at some point.

A large portion of the finale is devoted to the fight between Wanda and Agatha. Agatha reveals that Wanda, or, as she's now known, the Scarlet Witch, is a legendary being of chaos magic who is even written about in the book of the damned, the Darkhold. Her goal is simple: she wants to understand and then possess Wanda's power, believing that Wanda, who acts on pure instinct rather than deliberate action and training, doesn't deserve it. To convince Wanda, Agatha offers her a deal: give up all her magic to Agatha, and Agatha will "fix" the Westview spell so that Wanda can live happily ever after with Vision and their sons.

Despite being tempted, Wanda refuses to give up her powers, so Agatha snaps the Westview residents out of Wanda's accidental control so that they can tell Wanda how much they're suffering. A guilt-stricken Wanda tries to battle Agatha, pulling her into a conjured nightmare, but Agatha manages to turn the tables on Wanda. Every time Wanda uses her magic against Agatha, she's drained of more of her power, just like the witches from Agatha's coven centuries earlier. Finally, it seems like Wanda has given up: she tells Agatha she doesn't want her magic anymore, and they circle each other, throwing magic around in the skies above Westview. When it seems like Agatha has absorbed all of Wanda's magic, she goes to use it, and nothing happens. That's when Wanda revives and reveals that she actually used her magic during their fight to embed runes into the dome of the Hex — so only Wanda's magic will work within its boundaries. She gets her magic back and Agatha seemingly loses hers as Wanda transforms fully into the Scarlet Witch (complete with a new costume!).

When they land back in the town square, Agatha begs Wanda not to punish her, insisting that Wanda will need her help when she realises what she's unleashed. Instead, Wanda turns Agatha back into her sitcom self and leaves her there in Westview, reminding Agatha that, if Wanda ever does need her, she'll know just where to find her. With Agatha still alive and her depth of knowledge still there underneath Wanda's enchantment, it seems like the door has been left wide open for a return. After all, in the comics, Agatha is actually a mentor to Wanda who helps her understand her magic. While WandaVision seems to hint that this role will be taken by Doctor Strange in the onscreen universe, it also leaves open the possibility for Wanda to need to ask Agatha some important questions, and we're excited to see how and when that happens!