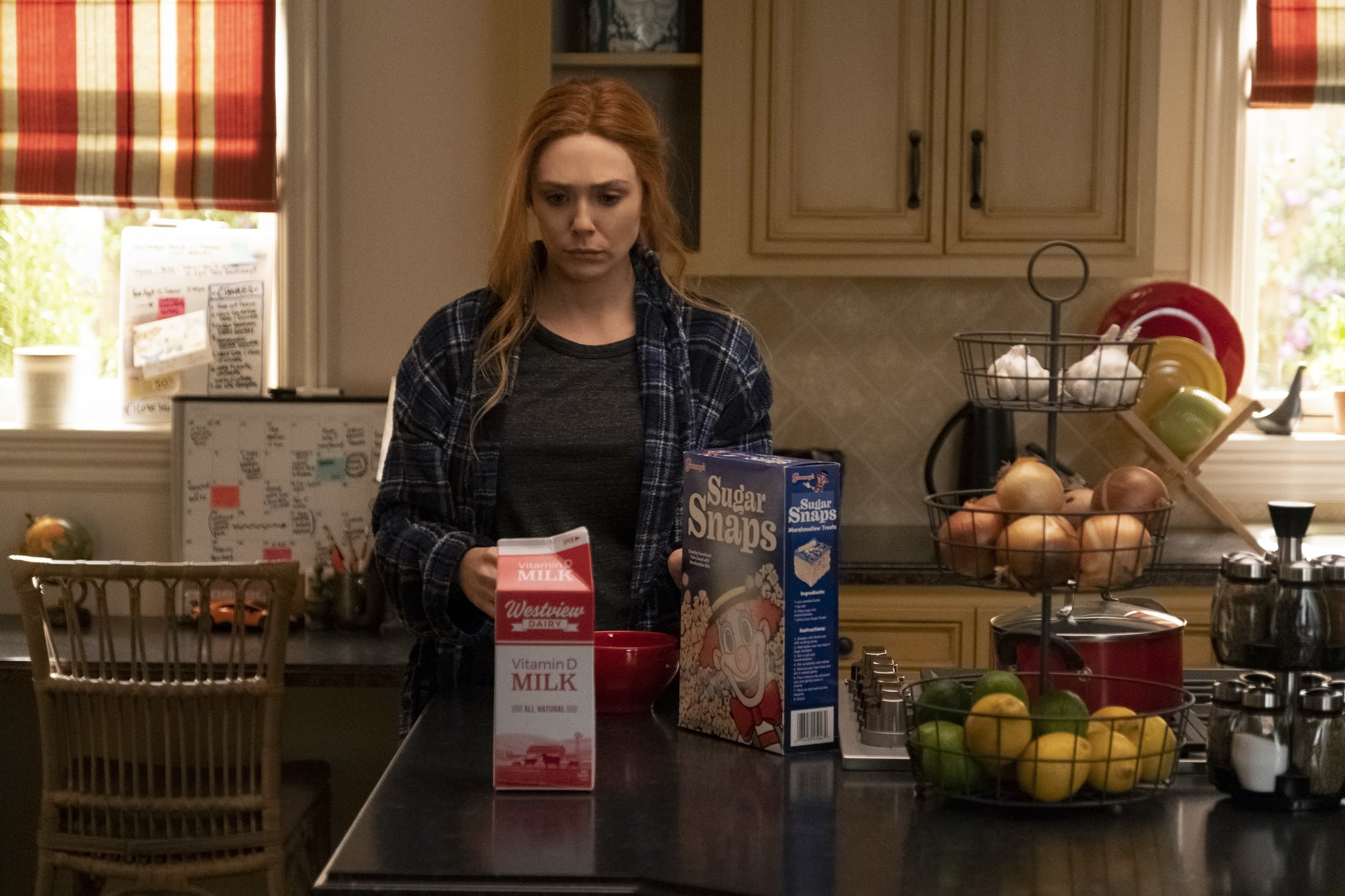 WandaVision finally has given us some answers in its seventh episode, and promptly gave us a bunch more questions, such as: what is that book in Agatha's basement? As Wanda's nosy neighbour Agnes is finally revealed to be the witch Agatha Harkness — and, apparently, the true villainous mastermind behind Westview — Wanda discovers a strange old book sitting in her creepy basement, surrounded by tendrils of magic. If our theory is correct, that book is one of the most powerful objects we've seen in the Marvel universe so far.

The most likely theory, at the moment, is that the book is actually the Darkhold, a text that has appeared on multiple Marvel TV shows already. In the comics, the Darkhold is an ancient text filled with spells, curses, and dark magic. It served as a major plot device on Agents of SHIELD, where it onscreen history was revealed: a text made of dark matter, from the "Dark Dimension," that contains infinite knowledge but also seems to have a dangerous and corrupting influence on those who read it. Worth noting as well: the Dark Dimension played a major role in the first Doctor Strange movie, and Wanda is set to co-star in the upcoming sequel Doctor Strange in the Multiverse of Madness, which may be introducing the multiverse more concretely.

On that show, the Darkhold is eventually used as part of the Framework storyline, in which the characters are trapped in an alternate, virtual dimension. Eventually, the android Aida attempts to use the knowledge of the Darkhold to create herself a human (or, rather, Inhuman) body and to remake the real world in the image of the twisted Framework virtual reality. Her attempts create a rift in Hell, and the Spirit of Vengeance, currently housed within Robbie Reyes (aka Ghost Rider), wants to kill Aida and bring the Darkhold back to Hell. Robbie teams up with Phil Coulson and his team to trick and destroy Aida, and Robbie ultimately opens up a portal back to Hell and takes the book with him.

Somehow, the Darkhold is brought out of Hell by Morgan le Fay, one of the major villains on Runaways. There, Morgan attempts to use it to conquer the entire earth, but it eventually gets used against her. After the Runaways and their allies, Cloak and Dagger, rescue one of their own from the Dark Dimension with the help of the Darkhold's magic, they then use it to cast a powerful banishing spell to get rid of Morgan.

Since then, the Darkhold's whereabouts and ownership has been unknown. One of its key powers, however, is the ability to essentially pave the way for its readers to create their hearts' desires, at any costs. The "instructions" in the book can teach its readers to build items that harness energy from other dimensions, making them almost impossible for anyone on earth to understand. As it sits right now, the Darkhold seems to combine several of the most important elements of WandaVision and its surrounding theories: granting seemingly impossible desires, dark magic, a corrupting influence, and alternate dimensions.

So how does the Darkhold — if that's really what this book is — play into what's happening on WandaVision? The most straightforward explanation would be that newly-confirmed villain Agatha got Wanda to read the book in her grieving state, then let its corrupting influence take hold on Wanda and worked her own magic behind the scenes to keep everything under control. The wild card is the strange, coloured aura around the book: it's neither pure red, like Wanda's magic, nor purple, like Agatha's; it's a shade of orange, suggesting at least one more being or power is in play here. We've only got a couple of weeks left to find out what's really going on, but it definitely looks like this magical book is a key part of it all.