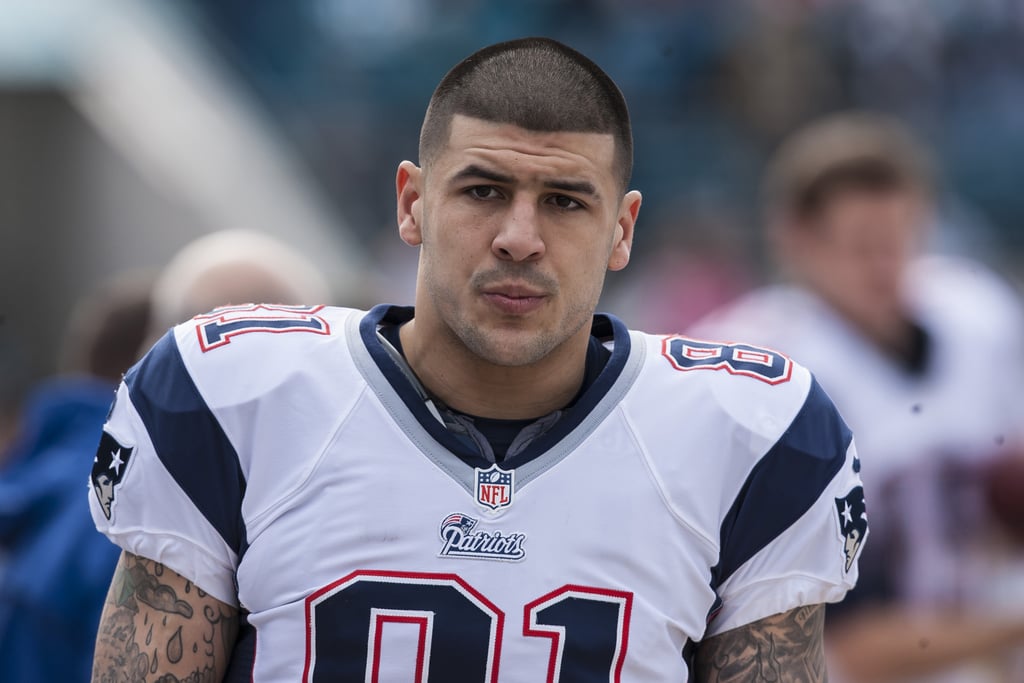 What Happened to Aaron Hernandez? The Story Is Grim

The fall of former all-star NFL player Aaron Hernandez is a chilling one. Shortly after inking a $40 million deal with the New England Patriots in 2012, the tight end player was arrested for the murder of his friend and later connected to other investigations. As the story grimly goes, Hernandez took his own life in 2017 in his prison cell. Now, his case is getting brought back into the spotlight by Netflix's Killer Inside: The Mind of Aaron Hernandez. Before watching the docuseries, here's what you need to know about what happened to Hernandez, from his arrest to his death.

Cruel Summer
Cruel Summer: Have You Caught All These True-Crime References?
by Briana Luca 1 week ago