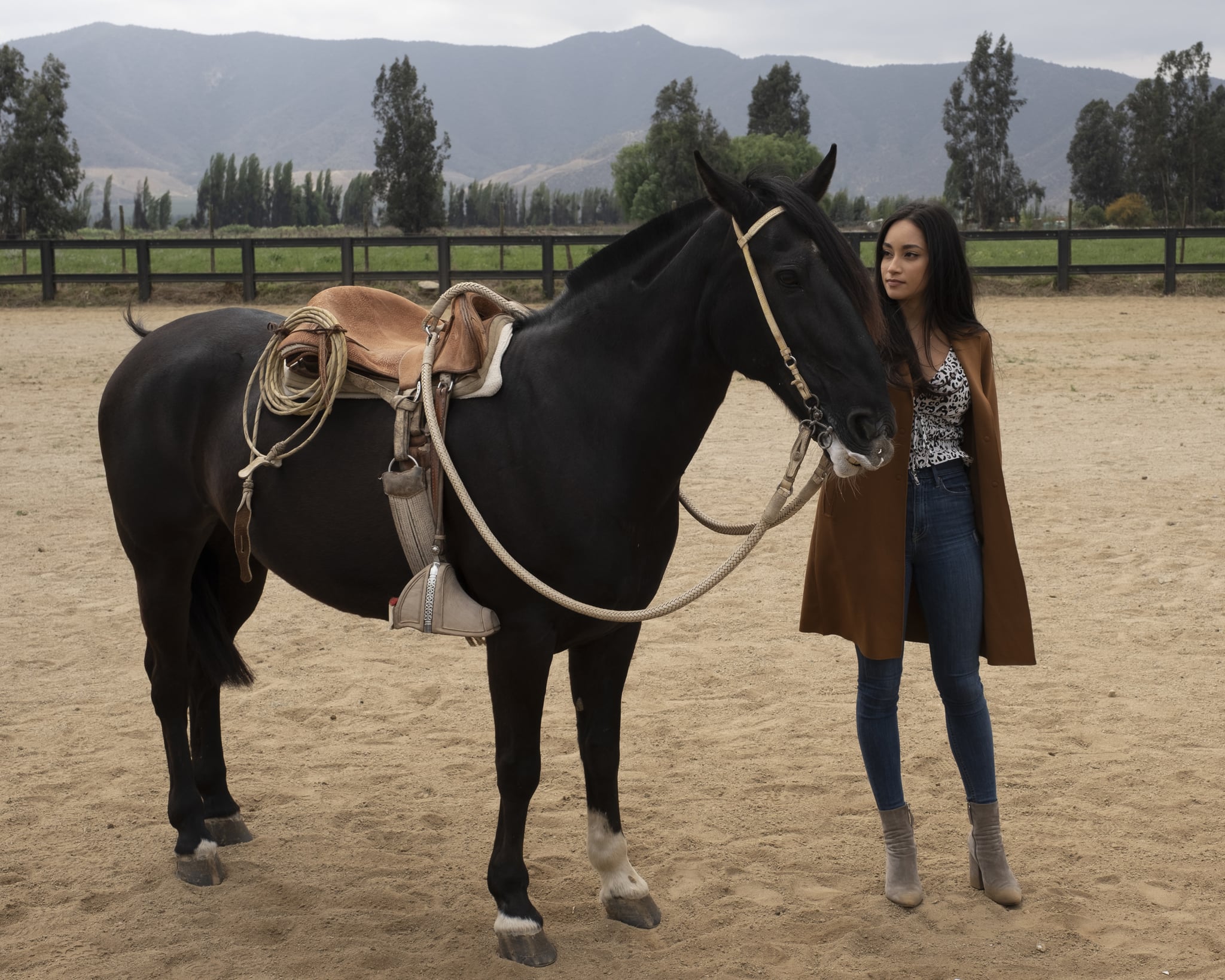 There's no doubt that Victoria Fuller is one of the most controversial contestants that The Bachelor has had in a while. Between her ex drama, her penchant for tears, and her off-show history, there's never a shortage of drama when it comes to Victoria. We've broken things down to keep track of all the drama so far . . . with more likely still to come.

Even before Victoria began filming, she was embroiled in controversy. Back in 2016, she modelled for a fish conservation campaign that chose the provocative slogans "White Lives Matter" and "Blue Lives Matter" to raise awareness for conservation of white and blue marlin. While ostensibly created for a good cause, the politically charged nature of the slogans — which were largely created in reaction or opposition to the Black Lives Matter movement — raised questions about Victoria's judgement.

As a direct result of the campaign images resurfacing, Cosmopolitan decided not to release the digital cover featuring Victoria and Peter that was the "prize" during one of the week's group dates. "In my view, the nature of the organisation is neither here nor there — both phrases and the belief systems they represent are rooted in racism and therefore problematic. Unequivocally, the White Lives Matter movement does not reflect the values of the Cosmo brand. We stand in solidarity with Black Lives Matter, and any cause that fights to end injustices for people of colour," editor in chief Jessica Pels wrote in a post explaining the decision.

The Constant Emotional Back and Forth

With or without controversy, it's hard to ignore that Victoria has certainly been one of the most sensitive contestants on this season. It almost wouldn't even be an episode of The Bachelor this year without her having some sort of teary-eyed discussion with Peter, usually centreed on how self-conscious, scared, or hurt she's feeling. Even for The Bachelor, it's been a lot. More worrisome, she's shown in particular to pick fights or raise problems, then walk away dramatically. No one is pretending that The Bachelor is a healthy way to start a relationship, but she definitely leans into the drama.

Victoria's Ex Shows Up on a Date

The hometown date drama wasn't the first time Victoria's past has bubbled up during her time on The Bachelor. For a one-on-one date earlier in the season, Peter and Victoria were sent to a concert by country star Chase Rice. The catch? Rice was romantically connected to Victoria in the past. They definitely differ in their tellings of their relationship: while Victoria, on the show, called him her "ex" and claimed he begged her not to go on The Bachelor, Rice characterized their relationship as more of a brief fling.

"We spent a night together in Charlotte, she's a cool chick, from what I know of her. I got no problem with her. I got no problem with him. You know, I knew she was going on the show," he told the Fitz in the Morning radio show, noting that he had been assured he wouldn't be performing on Victoria's date. "I was really pissed [about the producers setting him up]. I was just going on there to try to promote 'Lonely If You Are' and 'Eyes on You, and I wanted absolutely nothing — if there's anything I ever wanted, it's to have nothing to do with the drama of that show."

Peter's Ex Warns Him During Hometowns

From the time Victoria was cast on the show, there have been rumblings that her past relationships haven't exactly been on the up and up, and she even took to Instagram at one point to insist that she was being unfairly targeted.

Merissa Pence popped up during the latest episode, face blurred, on Victoria's date in Virginia Beach. She managed to catch Peter's attention — not as hard as it sounds, since they actually dated about eight years ago. As she told Us Weekly, she also knows Victoria from a mutual friend circle, and she wanted to warn Peter about Victoria's reputation and a completely different side to her than the "shy" girl she'd been portraying herself as.

The result was something surprising even by Bachelor standards: Peter abandoned their hometown date before even meeting her family, despite her tears and accusations. But still, it's not the end of the line for Victoria: she manages to convince him to give her another shot, and he does give her a rose, making her one of his final three.