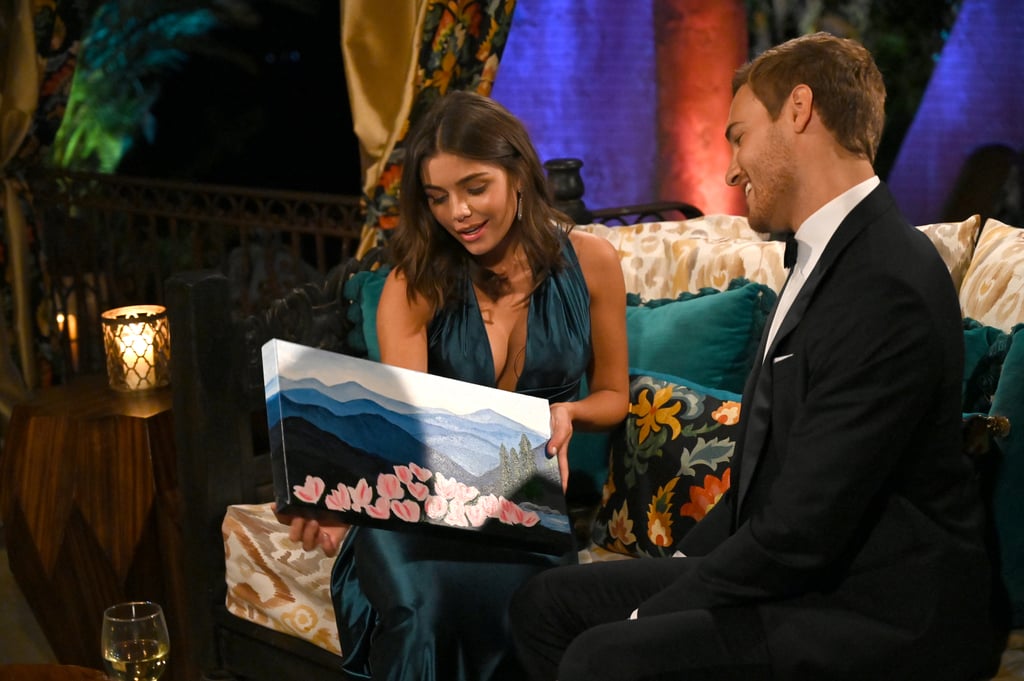 Hannah Ann Sluss, a contestant on this season of The Bachelor, has already stirred the pot and gotten Bachelor Nation's attention after the first episode aired on Monday night. While some fans claim she's their favourite, others are comparing her to the infamous Luke P. from Hannah Brown's season of The Bachelorette. While she did interrupt multiple conversations between the Bachelor Peter Weber and other contestants, we doubt she — or anyone, for that matter — could be as toxic as Luke.

Despite the other women's feelings about her, Hannah Ann won the first impression rose after sharing a bond with Peter over the respect they both have for their parents relationships, how close they are with their families, and gifting him with a painting of the Smokey Mountains that she completed with her dad. After all of that, you may be yearning to know more about the woman who has captivated Peter so early on in his Bachelor journey. Here's what to know!