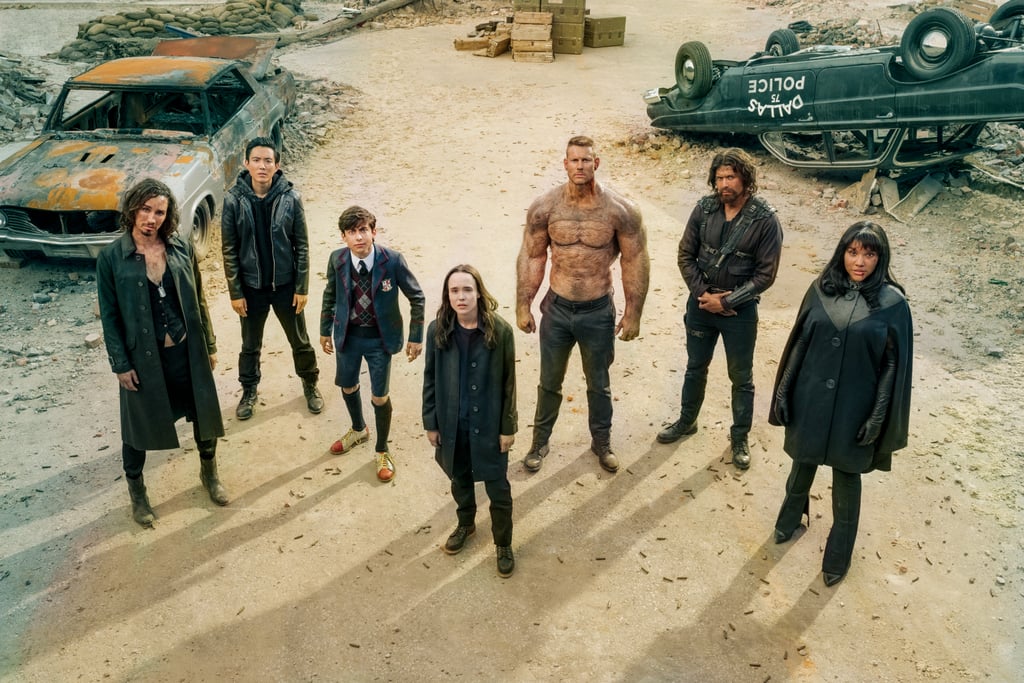 The Umbrella Academy season two premiered on July 31, and we're already ready for more! After that shocking cliffhanger, can you really blame us? Even though Netflix hasn't officially renewed the series yet, that hasn't stopped our minds from racing with theories, questions, and hopes for a potential season three.

Season two was certainly a wild trip as the Hargreeves family travels to the 1960s and try to stop yet another apocalypse (seriously, they can't catch a break). Though they eventually find a way to stop the world from ending (again) and make it back to present day, they arrive to an entirely new timeline where the Umbrella Academy is now replaced with the Sparrow Academy. As we patiently wait for Netflix to renew the series, we've rounded up a few things we'd like to see.