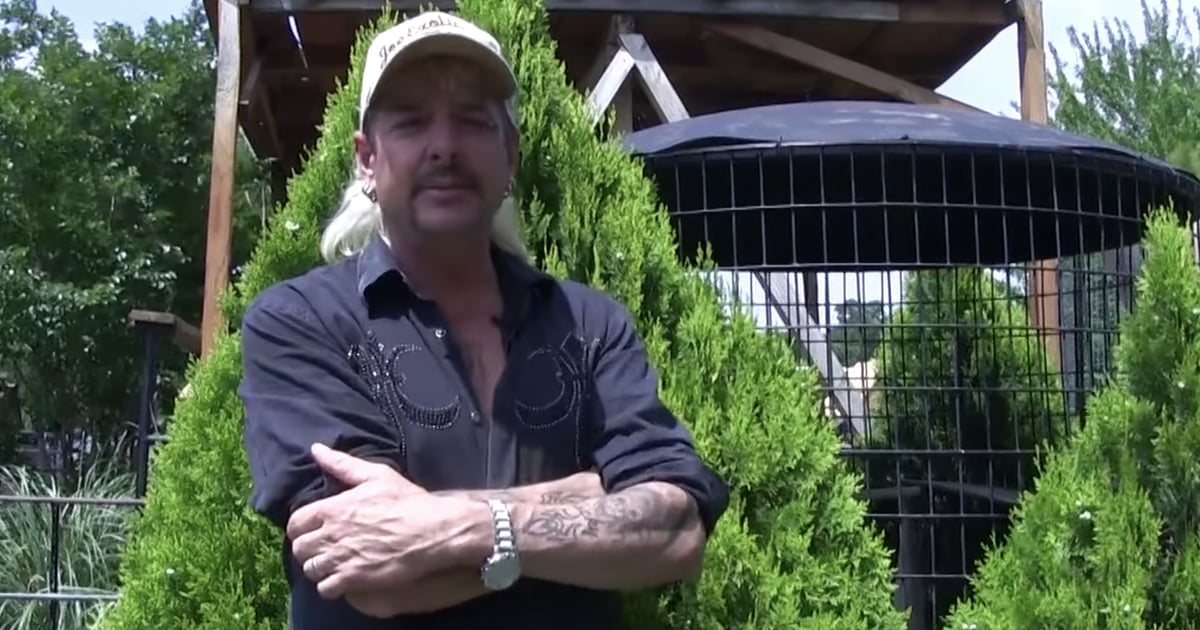 Editor's Note: Be aware that this story contains descriptions of animal abuse.

The subject of Netflix's new docuseries Tiger King, Joe Exotic, or Joseph Maldonado-Passage, built a colourful zoo empire at the Garold Wayne Exotic Animal Memorial Park, profiting off of animals that he had bred. Even after a $1 million lawsuit and multiple accusations of animal abuse, his legacy didn't come to a crashing halt until he faced two murder-for-hire charges against Carole Baskin, one of his most vocal critics. So where is the infamous Joe Exotic now? Long story short, he's in jail.

First, a little context. Over his career as a zookeeper, Maldonado-Passage developed a collection that exceeded a thousand creatures. Along with his animals, he fostered a larger-than-life personality with his blond mullet and off-colour jokes on YouTube. He had many run-ins in the animal-rights community, including a $25,000 fine from the US Department of Agriculture for poor animal maintenance and an exposé from PETA. Still, his hardest hit came from Baskin, the CEO of Big Cat Rescue, a Tampa, FL-based wildlife sanctuary. Accusing him of using her company logo, she sued him for trademark infringement and was then awarded $1 million in 2013.

Maldonado-Passage viciously attacked Baskin on social media after the lawsuit. The case pushed him into filing for bankruptcy and selling the zoo to animal breeder Jeff Lowe. Once a firebrand personality, Maldonado-Passage was arrested in September 2018 on two charges of attempted murder for hire against Baskin. At the end of 2017, he had, unknowingly, offered money to an undercover FBI agent to kill Baskin right after doing so with a separate hitman.

On top of his attempted murder-for-hire charges, investigators also uncovered that Maldonado-Passage had shot five tigers on his premises and falsified wildlife records for interstate transactions, which violated the Lacey Act. Even in jail, he kept busy. Maldonado-Passage conducted a lion-cub sale through his husband Dillon Passage, according to a recording played in his trial.

Maldonado-Passage maintained that Lowe had set him up, but to no avail. He was convicted of two counts of murder for hire, eight violations of the Lacey Act, and nine violations of the Endangered Species Act. The 56-year-old received a 22-year prison sentence in 2020. As for the zoo, Lowe removed any remaining traces of Maldonado-Passage from the property. He then made plans to relocate the animals to a zoo near Thackerville.