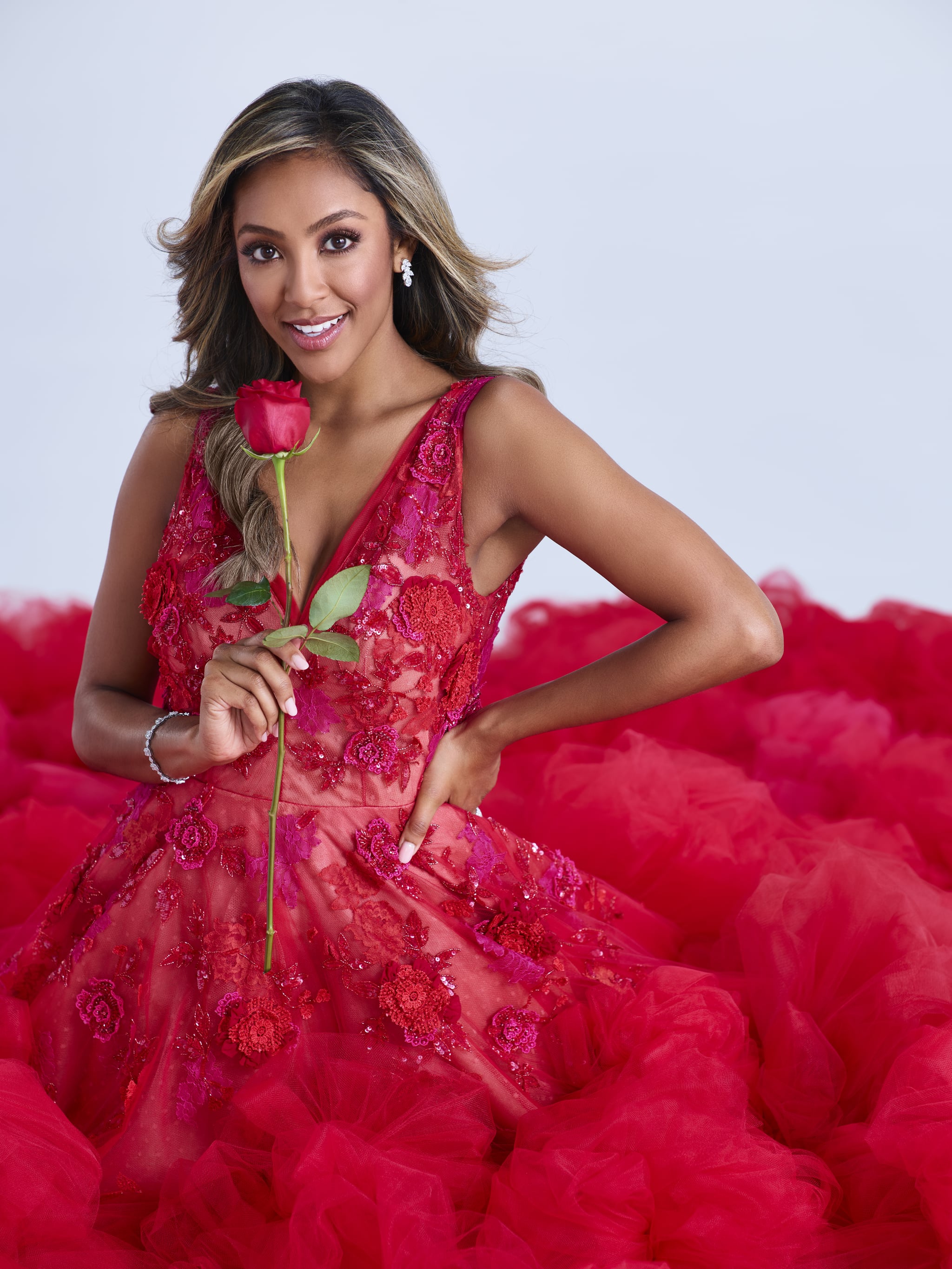 It's official: Thursday night's episode of The Bachelorette brought in Tayshia Adams as the new lead for the season, following Clare Crawley's early exit (and engagement!) with Dale Moss. It'll be an adjustment for everyone with the new Bachelorette, but at least this isn't Tayshia's first time navigating the Bachelor world.

Tayshia was first introduced to Bachelor Nation in 2019, when she appeared on Colton Underwood's season of The Bachelor. She seemed to have a strong connection with Colton and made it all the way to the final three, along with Hannah Godwin and Cassie Randolph. The season took a twist when Cassie, who Colton was leaning towards choosing, quit the show, leading to the infamous "fence jumping" incident. Ultimately, Colton chose to eliminate both Tayshia and Hannah, even after Cassie quit, feeling that he was more in love with Cassie than he was with either of them. Colton did eventually go after Cassie and convince her to pursue a relationship with him, but their romance ended in 2020.

Soon after her Bachelor season ended, Tayshia returned for the 2019 instalment of Bachelor in Paradise. Her main romance on that show was with John Paul Jones, a former cast member from Hannah Brown's season of The Bachelorette (Hannah and Tayshia, incidentally, met when they were both on the same season of The Bachelor). They dated on and off for a few months, but permanently ended their relationship by the end of October 2019.

News first broke back in August that Tayshia was being brought in to replace Clare in The Bachelorette's first-ever mid-season lead switcheroo. This will be her third time appearing on a Bachelor show — one fewer than Clare, who appeared on a season of The Bachelor back in 2014 before joining the first season of Bachelor in Paradise that same year and Bachelor Winter Games in 2018, then signing on as this year's first leading lady. We're hoping third time's the charm for Tayshia and can't wait to see where her journey goes!