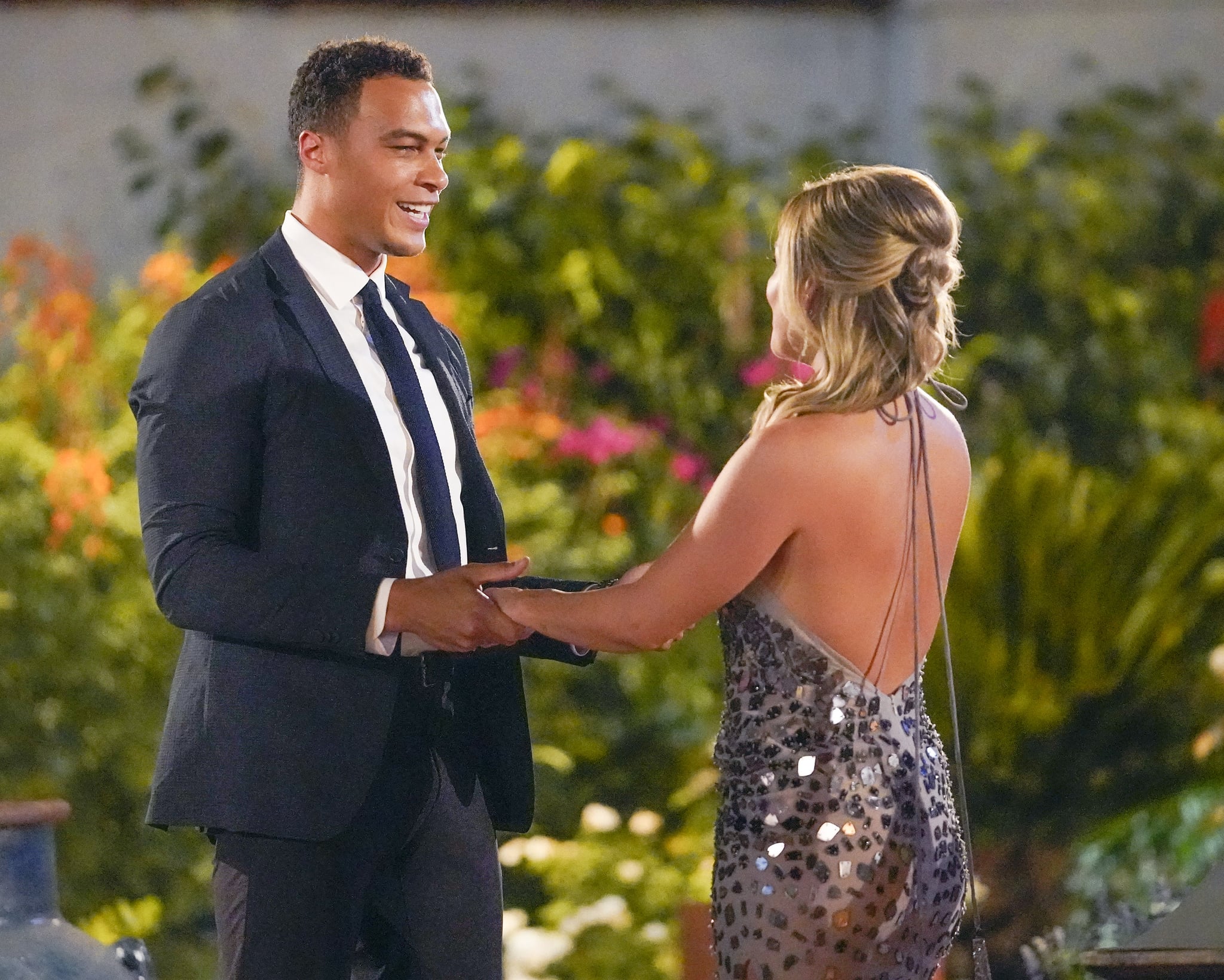 Tuesday, Oct. 13, was the first episode of Clare Crawley's season of The Bachelorette and boy, did the sparks fly! As Clare tried to meet with each of her 31 contestants, tensions rose after Chris Harrison dropped the prized treasure of the episode: the first impression rose. Those of us who followed the reported drama throughout the season filming weren't surprised to see 31-year-old Dale Moss nab the coveted bud but, his win was especially obvious after watching their electrifying first meeting.

Though a handful of the men pulled out all the stops with their entrances, Dale relied solely on his bright smile and a warm hug. And it obviously worked because Clare was visibly stunned by Cupid's bow. "I knew it," she said to herself after their meeting. "I definitely feel like I just met my husband. Oh my God. I'm shaking."

Clare was so shaken, that Chris Harrison had to walk out and remind her that she still had other suitors waiting to meet her! "Every other guy I felt confident with, but with Dale, everything else went dark around me," she explained. "I felt everything that I haven't felt ever . . . I know when I feel that feeling."

So it's no surprise that when Clare got a chance to pull Dale away and have a one-on-one conversation, she took it. The two bonded over the struggles of being away from their loved ones during the coronavirus and, Dale revealed that his sister has health issues similar to Clare's mother, who has Alzheimer's and dementia. "Everything just feels so natural with Dale," Clare shared in her confessional. "I know what I'm looking for and I'm big on energy and vibes."

Eventually, Clare announced Dale as her choice for first impression winner and the former football player made it clear that her feelings are reciprocated. "Even though it was in one night, we connected on so many different levels," Dale confessed. "I would love to just sit and talk with her for a couple more hours. Clare's on my mind — let me just say that." Sounds like Clare isn't the only one who got bit by the lovebug on that first night!