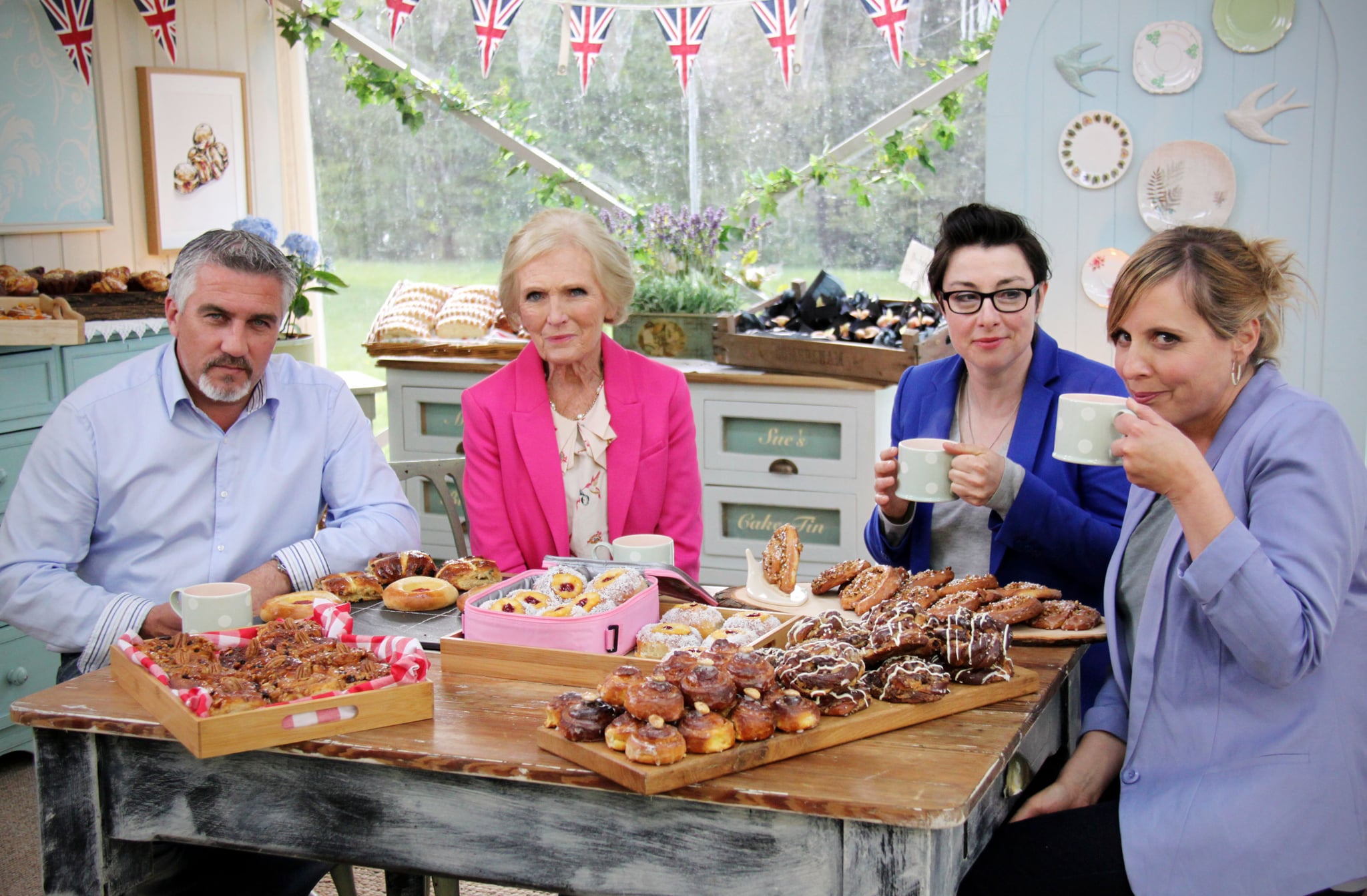 It's hard to imagine The Great British Baking Show (aka The Great British Bake Off) getting off the ground without Mel Giedroyc and Sue Perkins, but that's very nearly what happened at the very start! The iconic hosts did quit the show a few years back, and it's common knowledge why Mel and Sue quit back then, but that apparently wasn't the the first time they were ready to walk away.

When the series began filming its very first season back in 2010, Mel and Sue apparently almost quit on the first day of filming, they told the Radio Times. "We resigned, basically, because it was not a kind show. They were pointing cameras in the bakers' faces and making them cry and saying, 'Tell us about your dead gran.' So we had very stiff words about how we wanted to proceed," Sue explained. They only agreed to stay on after some serious discussions with producers, which resulted in the show's signature warm and goofy tone — setting it apart from the intense, emotionally fraught brand of cooking competition shows. "We're quite cheesy and homespun and we just want to have a laugh. Who wants to see people crying? I don't. Especially if you work in television and you know the mechanisms that have been used to make them cry."

In fact, Mel and Sue went out of their way to prevent the show from veering into a teary melodrama. In 2013, Sue told The Guardian how they would deliberately — and hilariously — interfere during filming to avoid producers getting usable footage when contestants broke down over mistakes or stress. "Nobody is out to catch [the bakers] out, but if we see them crying or something, Mel and I will go over there and put our coats over them or swear a lot because we know then that the film won't be able to be used."

The duo became a key part of the show for seven seasons, during its entire run on various subchannels of the BBC. In 2016, however, negotiations between production company Love Productions and the BBC collapsed over money disputes, and competitor Channel 4 picked up the show with a bigger offer. According to The Guardian, none of the show's stars were consulted during negotiations, leaving Mel and Sue, as well as judges Mary Berry and Paul Hollywood, in the dark. When the deal was finalized, only Paul agreed to make the channel hop; Mel and Sue, along with Mary, criticized the decision and quit the show.

"The BBC nurtured the show from its infancy and helped give it its distinctive warmth and charm, growing it from an audience of 2 million to nearly 15 [million] at its peak," the pair said in a statement, also in The Guardian. "We made no secret of our desire for the show to remain where it was . . . We've had the most amazing time on Bake Off, and have loved seeing it rise and rise like a pair of yeasted Latvian baps. We're not going with the dough. We wish all the future bakers every success." The duo were replaced on Channel 4 by Noel Fielding and Sandi Toksvig, while Mary was replaced as judge by Prue Leith. Following the 2019 edition, The Independent reported that Sandi was leaving too, to be replaced by actor and comedian Matt Lucas.