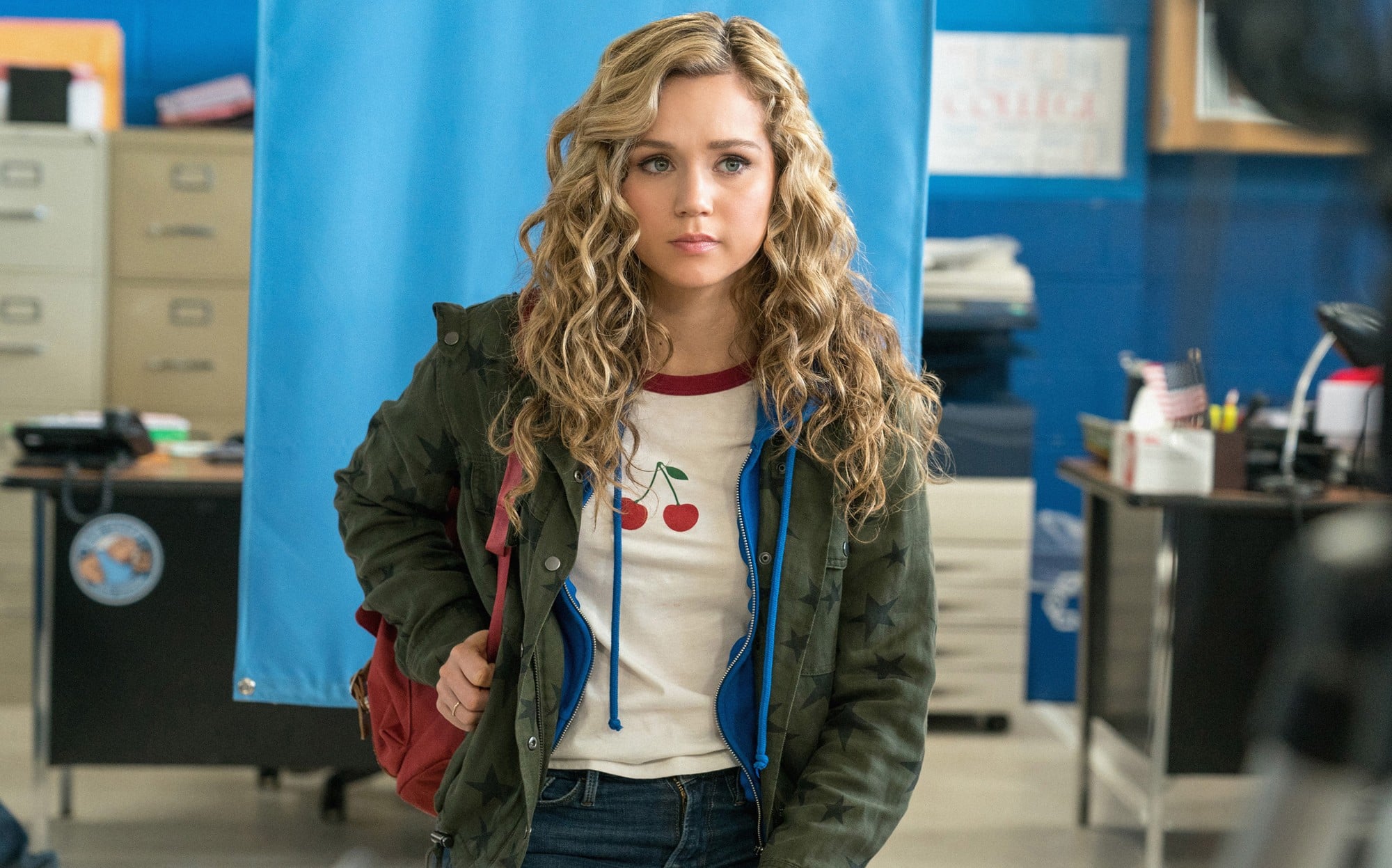 Stargirl's first season was a bright and brilliant addition to the superhero genre, and one of its best decisions was in de-prioritising one of the biggest elements of most superhero shows: epic romance. Most shows kick off by introducing at least one set of star-crossed lovers we're supposed to root for from the very beginning, but Stargirl, smartly, puts romance on the back burner for the entire first season. In doing so, it's actually laid the foundation for more satisfying future relationships — romantic and otherwise — because it's taken the time to build out the characters, their world, and how they relate to each other before trying to convince us that two people are "meant to be."

Our intrepid heroine Courtney Whitmore is a teenage girl, and one of the biggest reasons she feels so relatable and realistic is because she's neither a "strong girl who doesn't need a man" nor a frivolous boy-crazy stereotype. The show does tease the possibility of a Courtney/Cameron pairing, but it never gets further than a few scenes of cute teenage flirtation. Other shows might have tried to set them up from the get-go as a star-crossed lovers pairing, and it wouldn't have been all that hard — after all, Cameron is the son of Courtney's foe Iceman (and, in the comics, has a pretty dark path of his own). And, perhaps, in future seasons we will see Cameron fall to the dark side or see them struggle with feelings for each other. But right now, he's just the cute loner artist guy who asked Courtney to a dance, and that means that, if their relationship does develop, it will have a more natural progression instead of zero-to-true-love. It's a marked contrast from most superhero movies and TV shows, where the love interest — or, at least, an important love interest — is telegraphed clearly from the first few episodes (See: Laurel in Arrow, Iris in The Flash, James in Supergirl, and so on).

Instead, Courtney's familial relationships are given the most weight — specifically, the parallel development of her "real" family with stepdad Pat, mom Barbara, and stepbrother Mike, and her found family with Beth, Yolanda, and Rick. The emotional high point of the entire season is when Courtney calls herself Pat's daughter, and it's far more emotionally satisfying and well-earned than any forced declaration of romantic love could have been. And, incidentally, in terms of actual romantic relationships portrayed on the show, only one was a "real" relationship: the marriage between Barbara and Pat. They're the ones who get the big romantic kiss in the season finale, not any of the young heroes. That, too, is a rarity: the "parent" characters getting a chance to be genuinely romantic and not just the supportive parents and/or the hostages in danger.

It's not just about Courtney, either. Among the supporting characters, the only romantic storylines were flashbacks to Yolanda and Henry's past and brief scenes of Henry and Cindy's forced and unhappy relationship (plus a few blink-and-you'll-miss-it teases that hinted at a future something between Rick and Beth). It would have been so easy to turn Yolanda, Henry, and Cindy into a serious love triangle, but instead, it was pure strategy. Similarly, it would have been so easy to paint Yolanda as a grieving (ex)-girlfriend who'd loved Henry all along or to have Henry declare his love for her in his final moments. Instead the show gave room for Yolanda's complicated emotions of anger, grief, vengeance, and, yes, maybe love too, and Henry's final words were much more low-key: a simple apology to Yolanda, and a plea to Courtney to not lose hope.

Romance wasn't the defining emotion of these characters' arcs, but just one, quiet facet of their lives. Because of that, we've already gotten to know these characters as complex and well-rounded human beings, so when and if romance gets introduced to their storylines, it's more likely that it will feel natural and emotionally resonant, rather than just an item on the superhero show checklist.