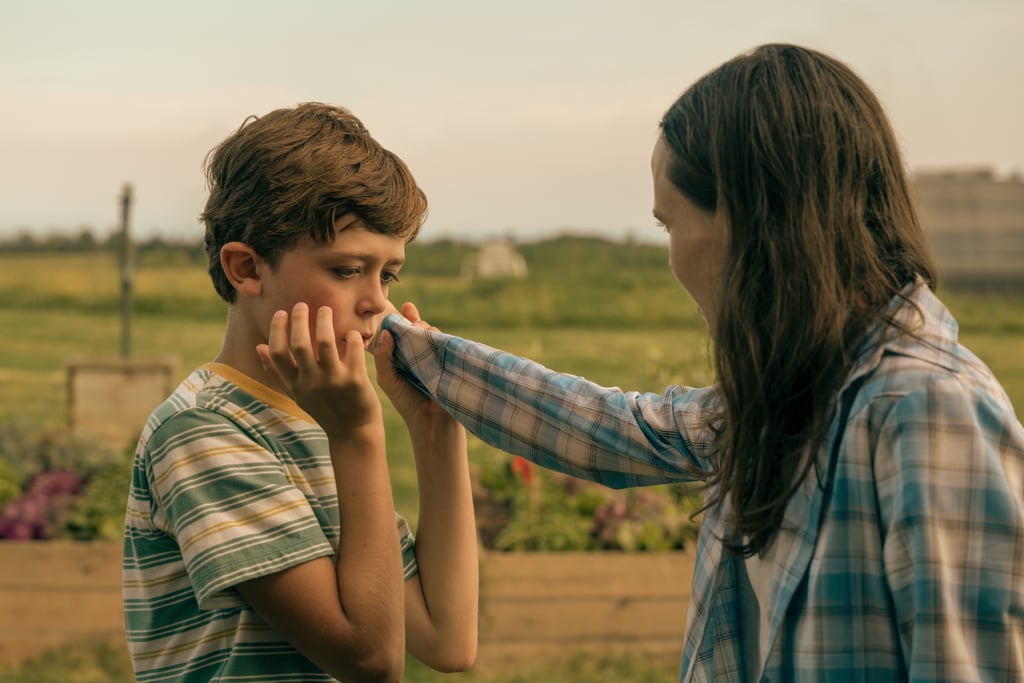 Could Harlan Return in The Umbrella Academy? 3 Theories on How He Could Play a Bigger Role

During The Umbrella Academy's second season, Vanya (Ellen Page) inadvertently passes along her powers to a Texas boy named Harlan (Justin Paul Kelly). This results in the Hargreeves siblings having to return to Sissy's (Marin Ireland) farm to stop Harlan after he loses control of these powers. They manage to calm him down and Vanya, seemingly, takes back the power she's given him. However in the season finale, we realise she may not have done as good a job as she thought. This has gotten our brains buzzing, so we've come up with our own theories on how, or if, Harlan will be involved in season three. Keep reading to see our take on these burning questions including if he'll still have his powers, whether or not he'll be a villain, or if he'll cause the newest apocalypse.