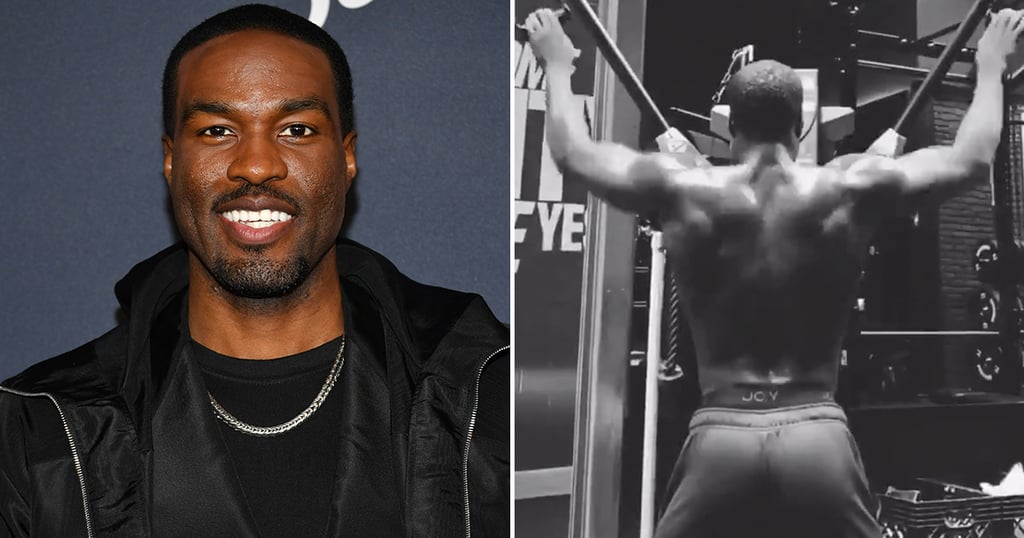 Yahya Abdul-Mateen II Is Getting Pumped for Matrix 4, and We're Reaping the Benefits

Yahya Abdul-Mateen II has been booked and busy since he burst onto the big screen, landing leading roles in DC's Aquaman, Jordan Peele's upcoming Candyman, and the critically acclaimed HBO series Watchmen. The 33-year-old actor certainly has no problem tackling big parts and his mysterious role in the recently announced Matrix 4 is bound to be another one. While fans can only guess who Abdul-Mateen will be playing in the next instalment of the film franchise, there's one thing they'll know for sure: the actor is in amazing shape for whatever the film will throw at him.

While prepping for his new role, the actor has taken to posting his workout routines on his social accounts for fans to enjoy. We all know he's in great shape anyway — especially after that revealing moment in The Watchmen — but it's obvious that the actor is taking things up a notch for Matrix 4. And honestly, bless him. We would be happy with any Abdul-Mateen that shows up on our screens, but it's nice to get a sneak peek at the action that goes into having such an action-ready body!

The videos are also a decent indication that the actor is getting ready for some tough scenes. We can only assume that whoever his character is (*cough*Young Morpheus*cough*), he'll be getting into some of those iconic Matrix-style battles. We are more than ready to see Abdul-Mateen don a black trenchcoat and those signature shades! Especially if he keeps these workout videos coming.