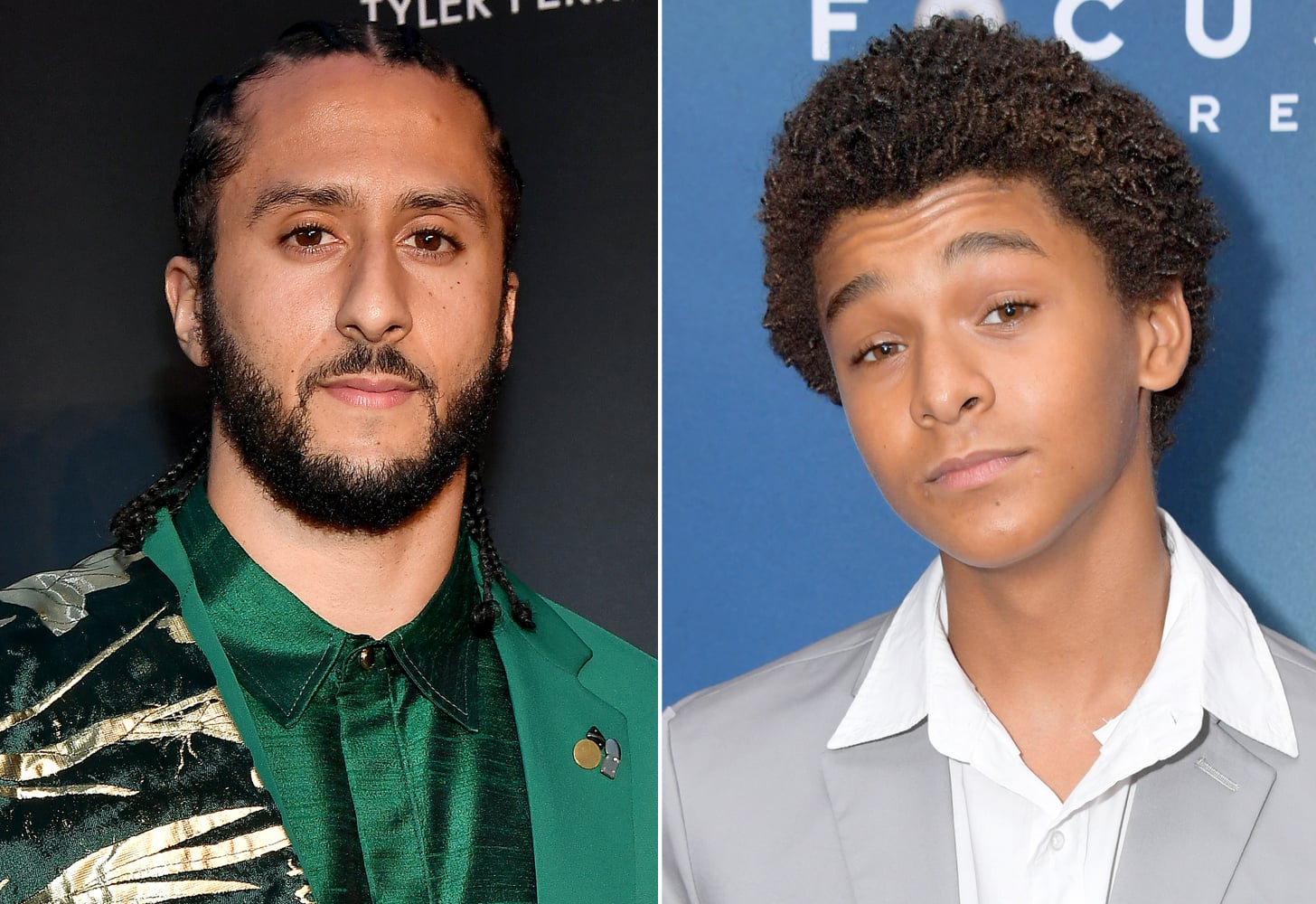 Colin Kaepernick is going back to high school (on TV, of course). Just a few months after it was announced that Ava DuVernay and Kaepernick were teaming up on a Netflix docuseries about his high-school years and the foundation that made him who he is today, the streaming platform announced Jaden Michael has been cast to play a young Kaepernick. Colin in Black & White will star the 17-year-old actor, who most recently starred in Lorne Michaels's Vampires vs. the Bronx on Netflix earlier this month. Michael has also starred in The Get Down on Netflix and Custody with Hayden Panettiere and Viola Davis.

Kaepernick shared the exciting news on Twitter, writing, "I never thought I would be casting a young me in a show about my life. I can't wait for the world to see @ItsJadenMichael be an all-star on @netflix #ColinInBlackAndWhite @ava." Michael also couldn't hold back his excitement about the casting news. The actor wrote on social media, "Wow, it's truly an honour to be given this opportunity. Can't wait to bring this much needed story to life, especially in these trying times."

I never thought I would be casting a young me in a show about my life. I can’t wait for the world to see @ItsJadenMichael be an all-star on @netflix #ColinInBlackAndWhite @ava pic.twitter.com/ygb4F4kgM5

Colin in Black & White is a six-episode series that will take viewers and fans alike through Kaepernick's formative years as a Black teen in a white adoptive family. According to a press release, the episodes will "follow his journey to become a great quarterback while defining his identity and lending meaningful insight into the acts and experiences that led him to become the activist he is today." A release date has not yet been announced.

British Celebrities
It’s a Sin: The People and Events During the HIV/AIDS Outbreak That Inspired the Powerful Series
by Navi Ahluwalia 20 hours ago