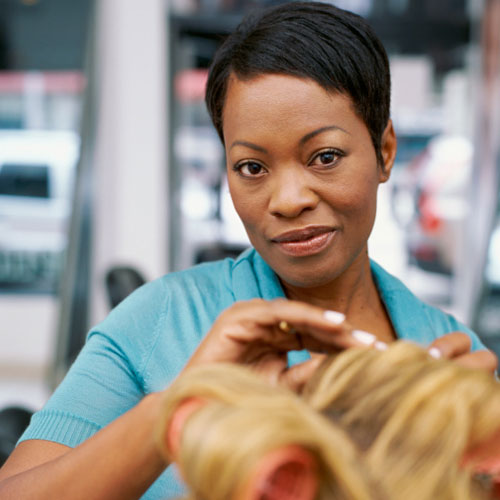 When it comes to salon etiquette, we all have a general idea of what to do. Don't run with scissors, keep your clothes on under the styling cape, and never ask the stylist why his hair color is so weird. But what about the finer points of in-salon behavior? Fouling up subtler salon social mores can really annoy your stylist, making it hard for her to do her job, and making it much more likely that you won't get the style you want. So how can you tell if your stylist has reason to be PO'd? To find out, just keep reading.

10. You change your mind constantly. If you walk in asking for Jennifer Aniston's new bob and then decide halfway through that you want Jessica Alba's cut instead, you're probably going to walk out looking like Bon Jovi.

9. You want something unreasonable. Asking for thick curls like Blake Lively's if your hair is fine and stick-straight is asking your stylist to do the impossible. Without a heavy chemical process and some extensions, your texture, like a diamond, is forever.

8. You get way too personal. People love to get chatty at the salon, but showing off iPhone photos of your friend's weird foot fungus is just not OK.

7. You don't say anything when you're unhappy. People who Yelp nasty salon reviews without sharing their discontent with the stylist first are in for some bad hair karma. Any reasonable salon will want to fix something if you don't like it, and there's no way for a stylist to know if you don't tell her.

6. You're too general. Plop down in a chair and tell a stylist to "do whatever" and you may just get a haircutter who feels like giving you an asymmetrical blue mohawk.

5. You don't have pictures. If you have a good idea about what you want, come in with some photographic examples. What your stylist imagines as "Joan Holloway red" may look more like "Carrot Top red" to you.

4. You're chronically late. Everyone resents people who make them late or keep them waiting; don't be that person.

3. You're always trying to get free stuff. It's reasonable to ask your stylist to trim your bangs or maybe even touch up your color in between appointments, but some people constantly try and coerce their salon into giving them free products and services. There's a clear line between being an assertive, bargain-savvy customer and being tacky. People who reasonlessly demand freebies have crossed it.

2. You bring three opinionated friends. You know who shouldn't be deciding whether you need to take a little more off in the front? Your cousin Debbie.

1. You don't tip enough. It's hard enough to be in the service industry without grinches. People who say they "don't believe" in tipping or who think that 10 percent "is enough" are just being cheap. 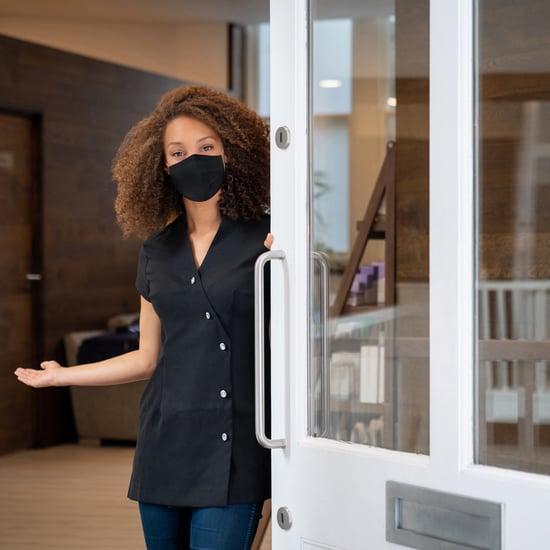