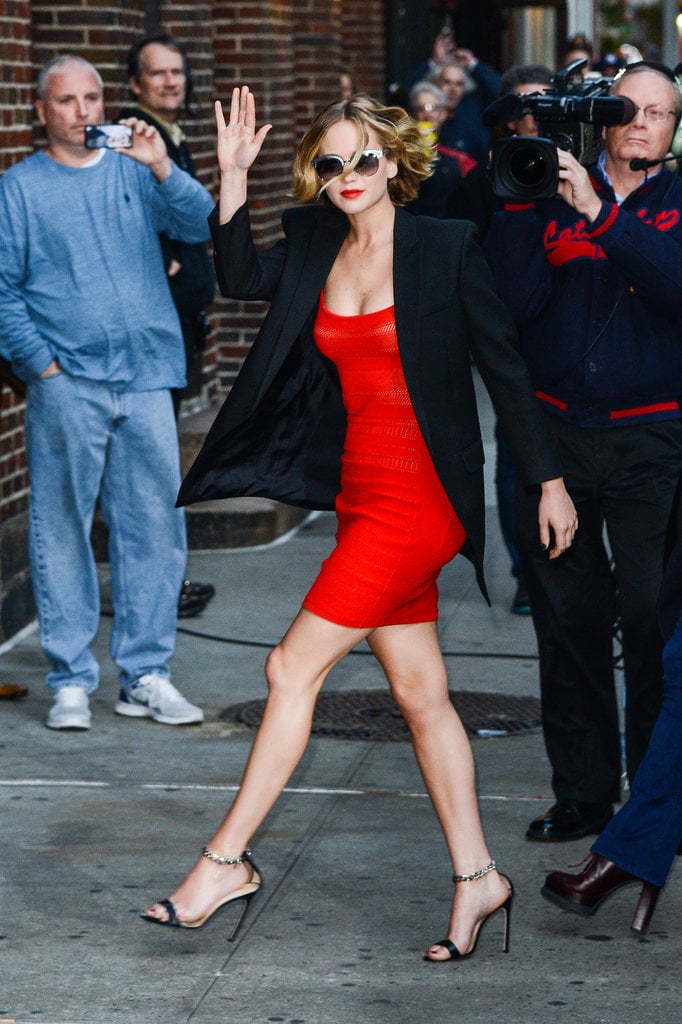 Jennifer Lawrence is completely deserving of her reputation as America's sweetheart and everyone's fantasy BFF. With her down-to-earth snack choices, her hilarious penchant for photobombing, and her wise smackdown of the nude photo hackers, Jennifer basically wins at life with everything she does. And that certainly includes her fashion choices.

As the face of Miss Dior, Jennifer usually stays loyal to the label for her red carpet events, but once in a while she deviates from the French house and chooses something a little unexpected. This year, we've witnessed a starlet who already had major sartorial prowess mature into a definitively chic woman. She's cultivated a signature style that's low on fuss and high on polish, opting for mostly blacks and whites, with the occasional pop of color. But honestly, the girl could wear a burlap sack and shine in it.

Step inside to see Jennifer Lawrence's best looks of 2014.