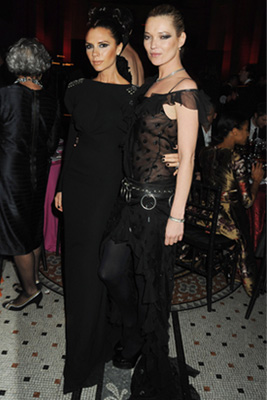 The 2009 British Fashion Awards are taking place this evening at the Royal Courts of Justice in London. The event hosted by the British Fashion Council celebrates some of the biggest names in the industry. There is extra excitement this year as London marks 25 years as a fashion capital.

Earlier today, the BFC released a list of the 25 most powerful people in British fashion and there is an extra award this evening as the public votes for the Grazia Style Icon. Check out the list of nominees here, and stay tuned for a list of winners.

UPDATE: The awards have now begun with Holly Fulton scooping the first accolade of the evening which is the Swarovski Emerging Talent Award for Accessories.