The 2009 British Fashion Awards take place this evening (you can see a full list of nominees here) and with just hours to go, the British Fashion Council have announced a list of the 25 most powerful in the industry. The list was chosen by a panel which included British Vogue editor Alexandra Shulman and contains both household names (Kate Moss, Vivienne Westwood, Paul Smith) and lesser known industry insiders (Lulu Kennedy, Louis Wilson and Joan Burnstein) highlighting the size and impact of fashion. 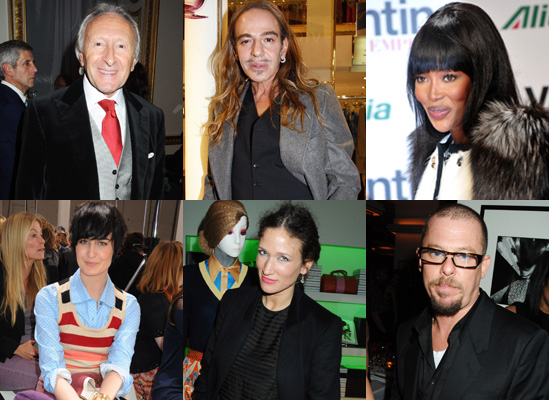 It's also interesting how many of the people mentioned have been knighted proving the importance of the industry as a whole to the UK. I am surprised that neither Stella McCartney nor Jane Shepherdson make an appearance and nor do any magazine editors. I would love to hear your thoughts on this.