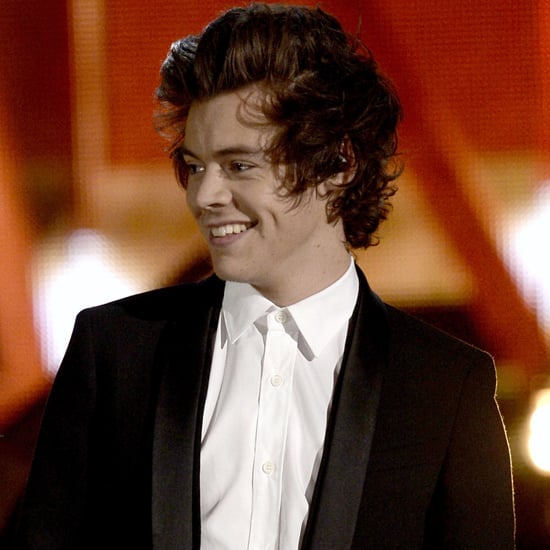 Scoff if you will, but as far as we're concerned Harry Styles is entirely deserving of the British Style Award he won at Monday night's British Fashion Awards.

Styles beat out Kate Moss, David Beckham, Kate Middleton, and Cara Delevingne for the trophy, which "recognises an individual who most embodies the spirit of London and is an international ambassador for London as a leading creative fashion capital." Alexa Chung had won the award, which allows the public to cast votes, for the past three years in a row.

What evidence do we have that Styles has earned this trophy, you ask? Click on for some of the singer's most stylish moments of 2013.

The Time His Jeans Were Genius 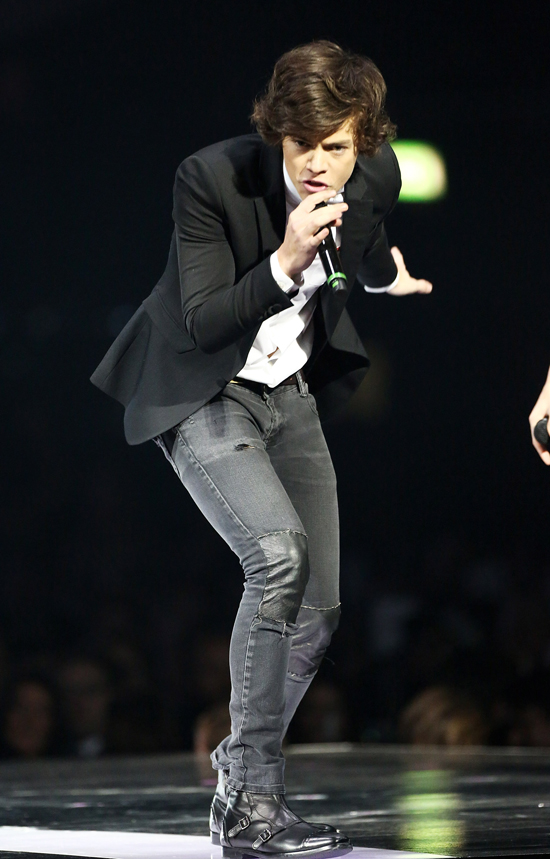 Ridiculously skinny jeans on a musician are cool. But it's even cooler when they have leather knee patches, like the pair Styles wore onstage at the Brit Awards.

The Time He Went Mad For Plaid 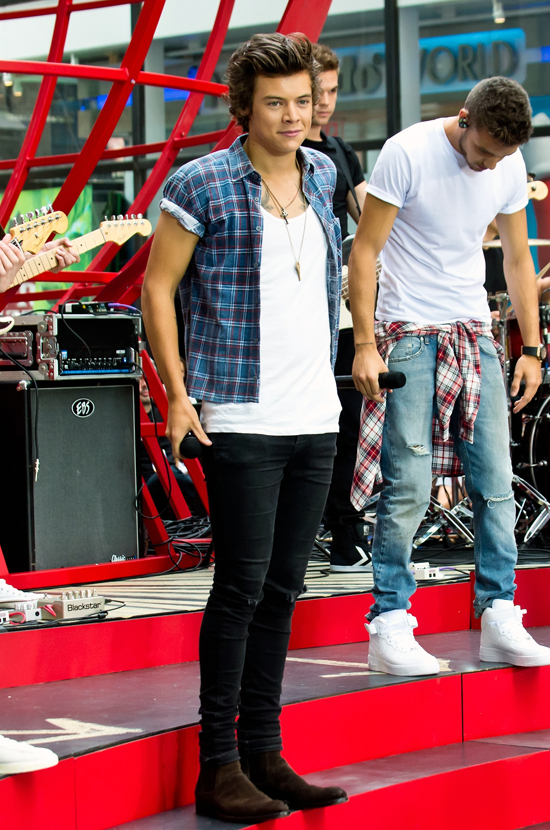 We defy you to name another man on the planet who could get away with wearing a shirt this small on The Today Show.

The Time He Wore Leopard Print 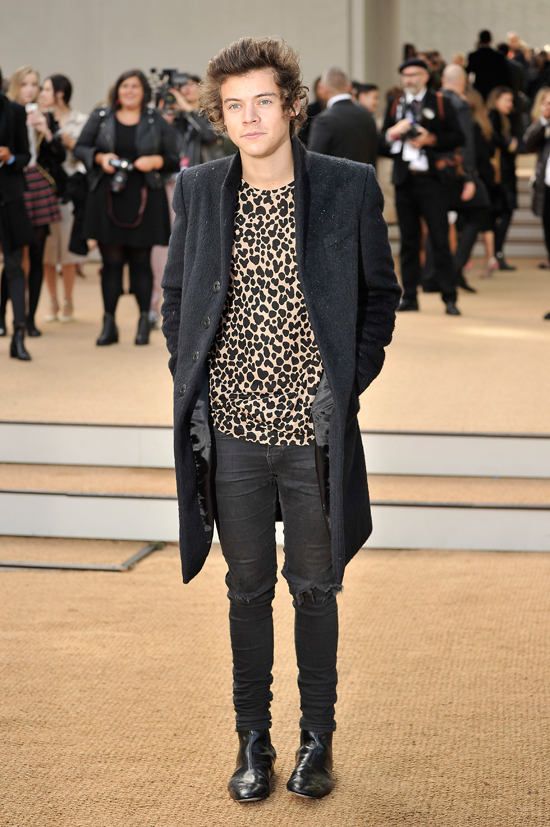 Who wants to wear a boring sweater to the Burberry show at London Fashion Week when there's this leopard-spotted sweater to try?

The Time He Wore This Sensible Shirt 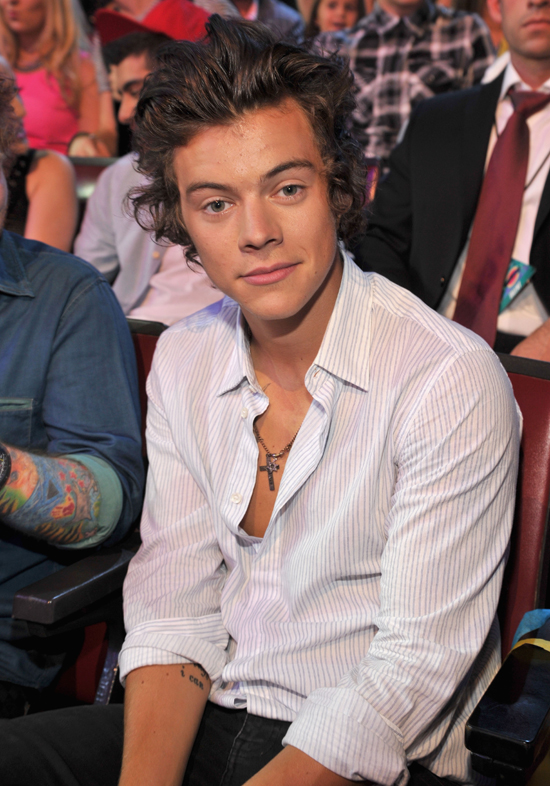 There's no point in making a big, formal fuss for the Teen Choice Awards. Plus, if he'd worn a suit, twerking would have been a lot harder . . .

The Time He Went Super Casual 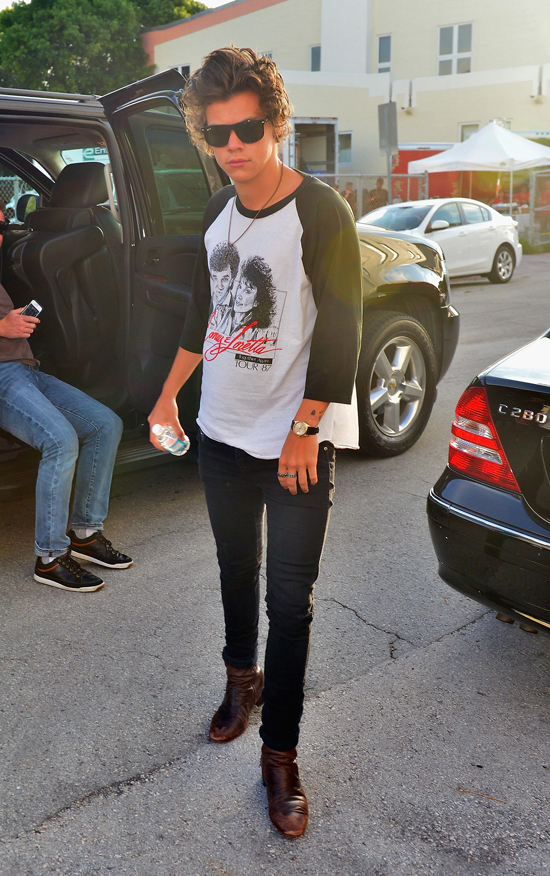 Most men would shy away from a three-quarter-length baseball tee. But Styles, as we know, is not most men.

The Time His Lapel Pin Dictated Everyone Else's Outfits 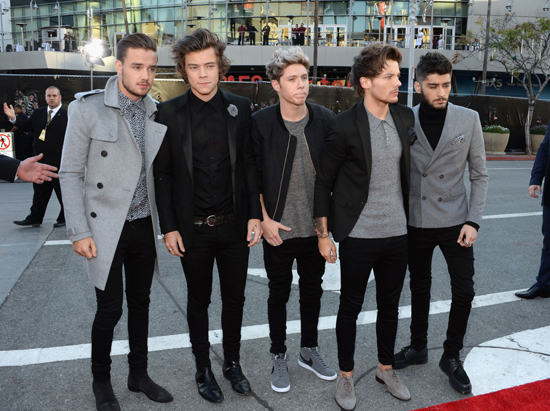 Here's how we imagine the conversation the One Direction boys had before the American Music Awards went down:

The Time He Won That Style Award 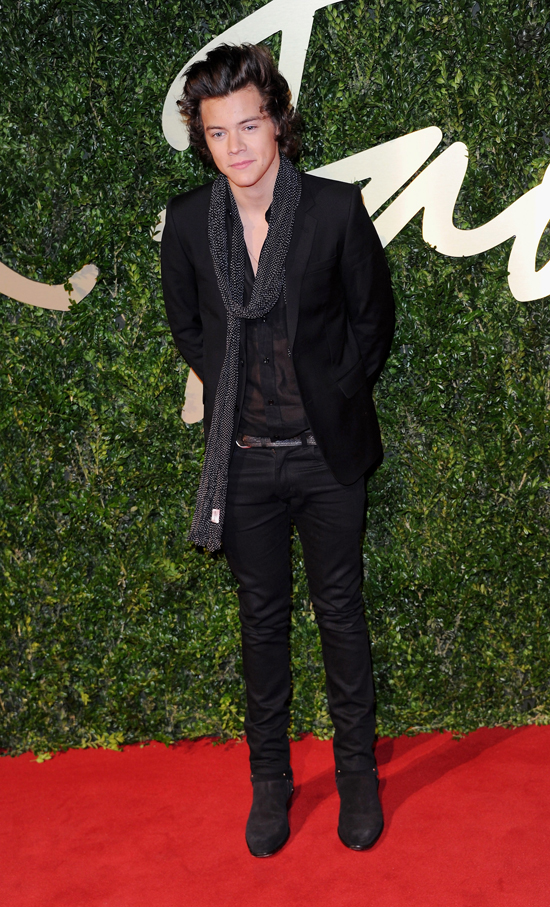 Of course, Styles continued his winning streak last night at the place where it mattered most: the BFA red carpet. Here's to you, Mr. Styles.

Celebrity Style
The Story Behind Dua Lipa's Gold Corset in "Demeanor" Is as Rich as It Appears to Be
by Sarah Wasilak 2 days ago
Celebrity Style
Rihanna Wore Teeny Denim Shorts in Miami, and Somewhere Daisy Duke Is Trembling
by Kelsey Garcia 2 days ago