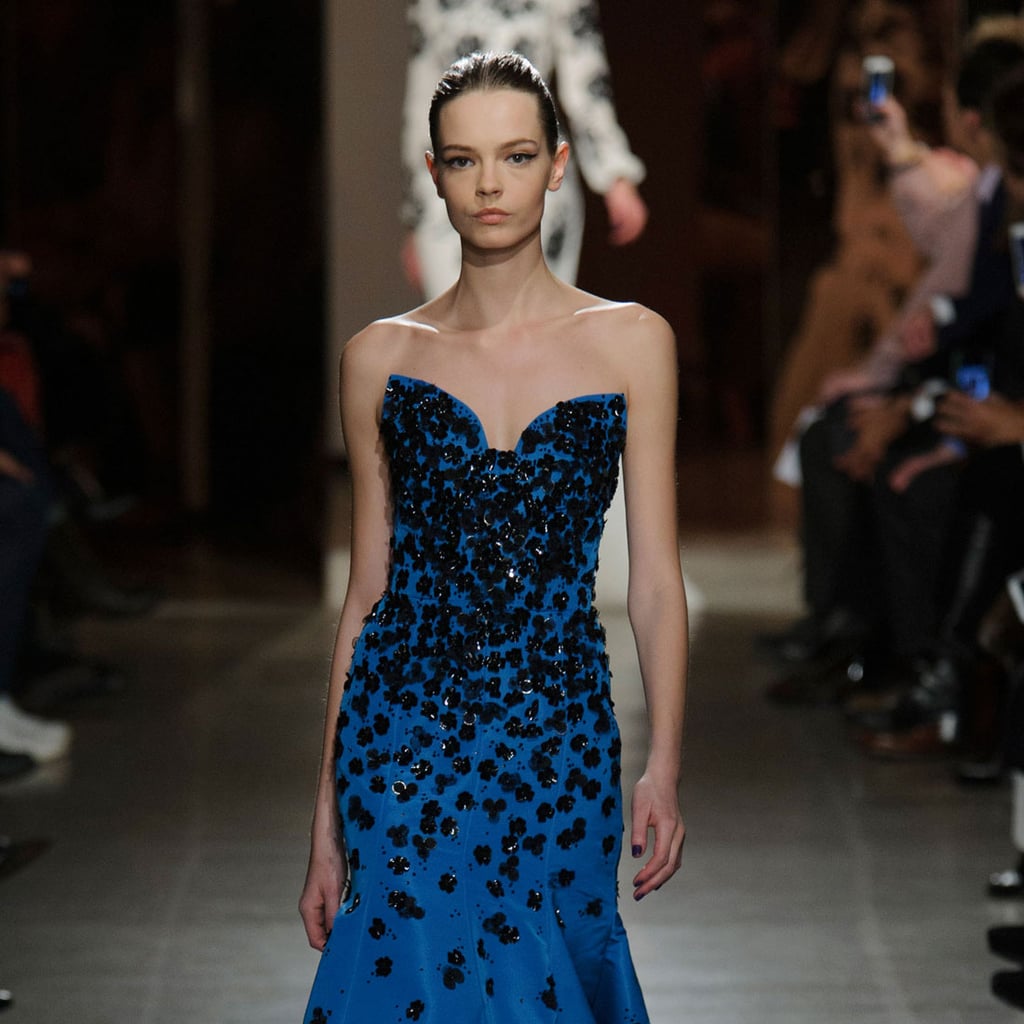 It's a question that's been on everyone's minds since Oscar de la Renta's passing and the announcement that Peter Copping would succeed the legendary designer: "what will he do?" Last night, we got our answer when Copping sent his first collection for the house down the runway in front of an audience that included Oscar's closest friends, fans, and the fashion world's biggest critics.

That's an awful lot of pressure, even for a seasoned designer who was handpicked by Oscar himself. But the lineup speaks for itself — you can see both where Peter and the late designer share common ground and where Copping will bring something new. There's a bit more youth and even a sexier sensibility crafted in sheer lace bodices and lower necklines — but rest assured, the femininity, the attention to detail, and the wow factor are still there. Scroll for eight big takeaways from the Autumn/Winter '15 show.