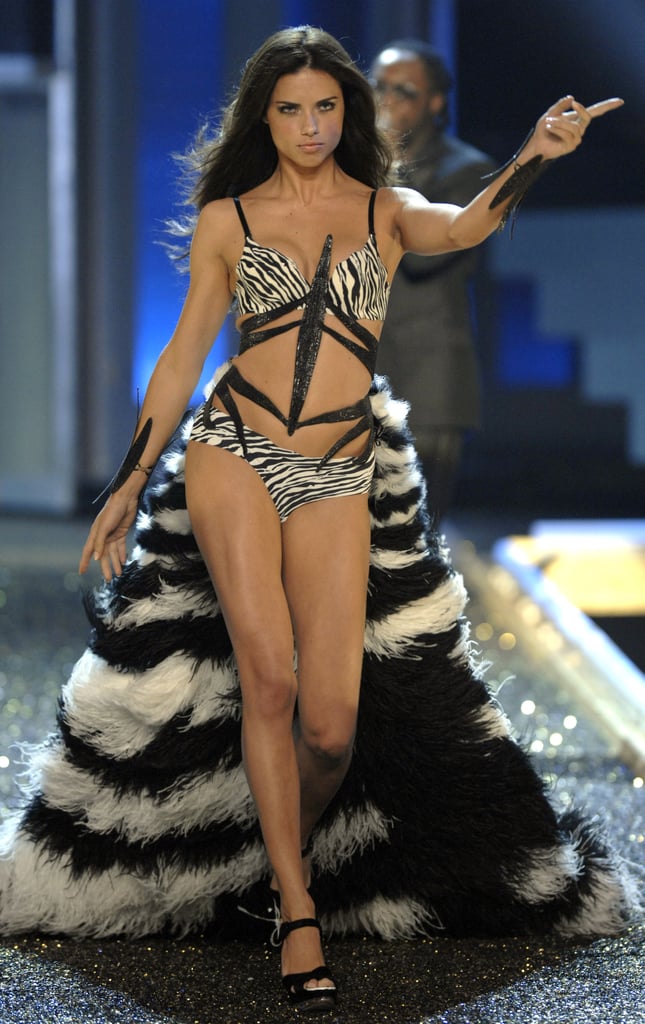 Looking at Adriana Lima, it's hard to believe that she started her journey as a Victoria's Secret model all the way back in 1999! Every year she manages to turn heads on the runway in decadent costumes that range from sporty to supersexy.

She's sported wings since as early as 2001 and opened the show on multiple occasions, an impressive feat. And though the model took 2009 off due to her pregnancy, she was back in full force by 2010. Read on for a retrospective of her best walks down the runway the past 16 years, including her catwalk moment in London last year. Then get excited, because 2015 may just be her sexiest year yet!