Last month, I revealed Daisy Lowe's first ad campaign for Anna Sui following her catwalk appearance. However, Daisy was not the only British model to take to the runway that day. She was joined by Agyness Deyn who has also landed herself an ad campaign with the same designer. Agyness has just been named the face of Sui's new Autumn makeup range which is the focus of this very purple image. What do you think of this photo? 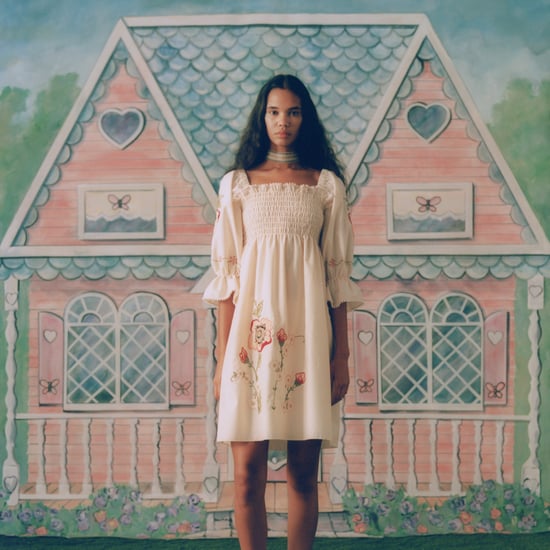 Spring Fashion 2021
For Spring '21, Anna Sui Is Giving Us Clothes "For the Moments When We Want to Dress Up" Again
by Hannah Weil McKinley 16/9/20