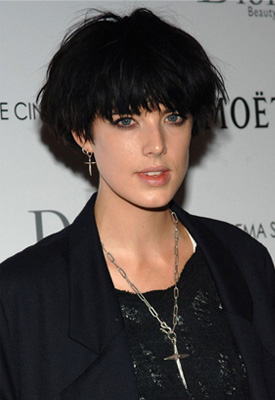 Tongues were wagging at fashion week about Agyness Deyn's lack of catwalk appearances. There were whispers of a film career when she didn't even walk at House of Holland, and now her plans have been unveiled. The British model has been living in New York for a few years and is now set to grace the silver screen.

Following in the footsteps of fellow model Lily Cole, Agyness is going to appear in a short film directed by Peter McGough. The New York Post claim to have overheard the artist Steven Charles talking about the plans over the weekend.

The movie is apparently seeking financial support from Guerlain and Mikimoto. It will also star Linus Roache of Law & Order. Do you think this is a good move for Agyness?