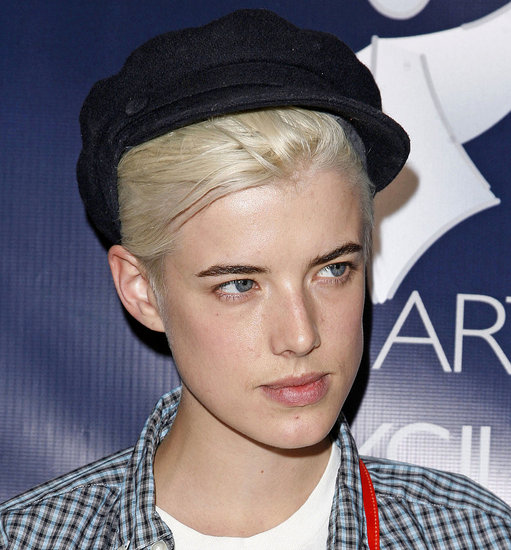 Ambassador for British cool – Agyness Deyn is to be the new face of Shiseido. The Japanese makeup brand has dropped Angelina Jolie and announced that Agyness will be their new face for the autumn/winter 2008-9 Maquillage campaign.

Angelina Jolie will be stepping down as the brand ambassador after enjoying two years fronting the campaign. As beautiful as Angelina is, Agyness has an undeniably edgier and younger appeal that is well suited to the cutting-edge brand.

As well as making her musical debut recently, singing vocals on "Who" with the Five O'Clock Heroes, Agyness told NME that she's formed her own band called Gene Jacket. Add her impressive modelling CV, which includes campaigns for Burberry and Jean Paul Gaultier, and she's obviously on a roll. Keep up the good work, Agie!