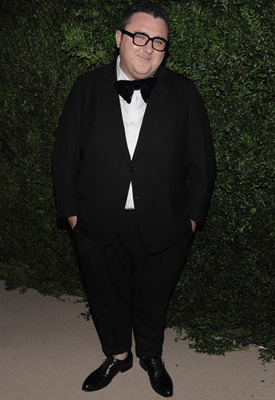 Lanvin's creative director Alber Elbaz was honoured in Paris on Friday by the city's Mayor, Bertrand Delanoë. Bertrand presented Alber with the Grande Médaille de Vermeil de la Ville de Paris which is an honour given to cultural figures who have an impact on the city.

Alber thanked Ralph Toledano from Chloé for “opening the doors to Paris” and Lanvin owner Shaw-Lan Wang for welcoming him to his current position where he has been for eight years. He commented on the reasons why he loves Paris saying, “There’s so many things. It’s a dream city and it’s a city of dreamers.” Congratulations Alber!