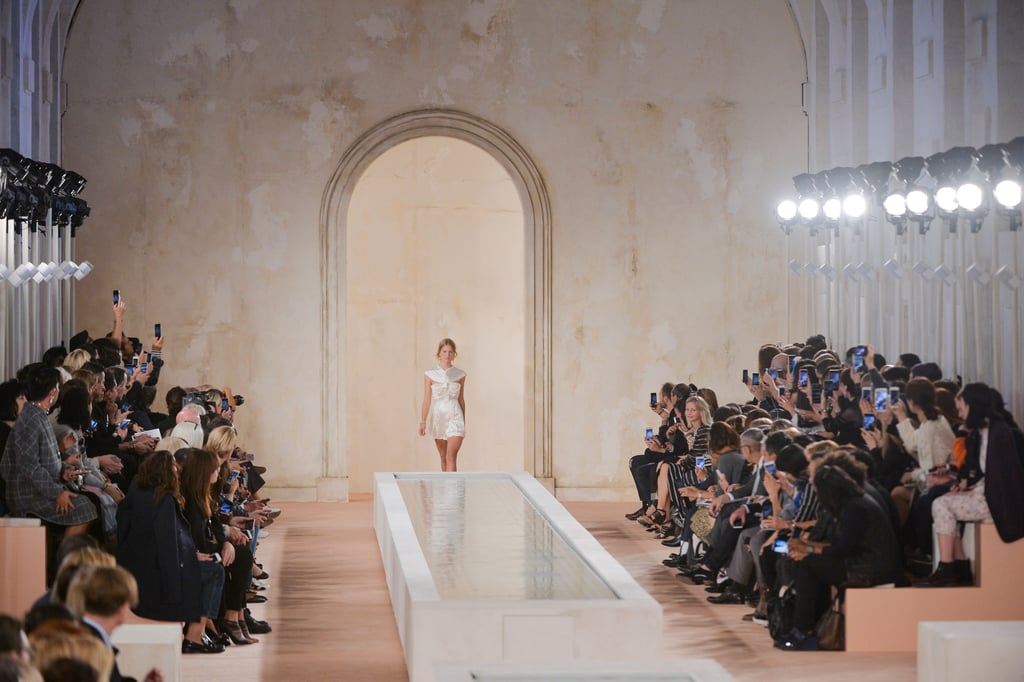 After almost three years at Balenciaga, Alexander Wang's role as the brand's creative director came to an end with Paris Fashion Week's most hotly anticipated show. But it wasn't done in bright lights. Rather, Wang exited quietly with a more ethereal collection and a breathtaking set at the Rue de Sèvres. There were subtle nods to his departure, notably through the audio; Notorious B.I.G.'s "Going Back to Cali" serenaded the crowd as models made their way down the catwalk in a wash of white. Among the highlights — aside from the lineup of diaphanous dresses, done with Wang's eye for edge — was a turn down the catwalk from the designer's friend Zoë Kravitz and a final bow from Alexander, which included a twirling, smiling, a run around the space and a few selfies on the way. Now, we'll eagerly await to see where he resurfaces.

See his last collection for Balenciaga in full.