No, I'm not insinuating that Amy Winehouse is a coward, in fact, she's anything but a shrinking violet going to court yesterday in a fashionable Vivienne Westwood outfit to fight an assault claim against her. All I'm saying is that Amy's gone blonde! Typically, we see her hair dark and styled in an ultra-teased half up, half down bee-hive. However, it appears that she's added an orangey-yellow streak to the left side of her fringe. Do you like this look on the controversial singer, or would you prefer Amy to go back to black? 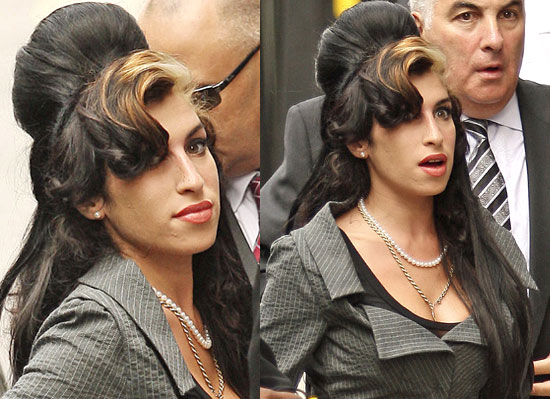