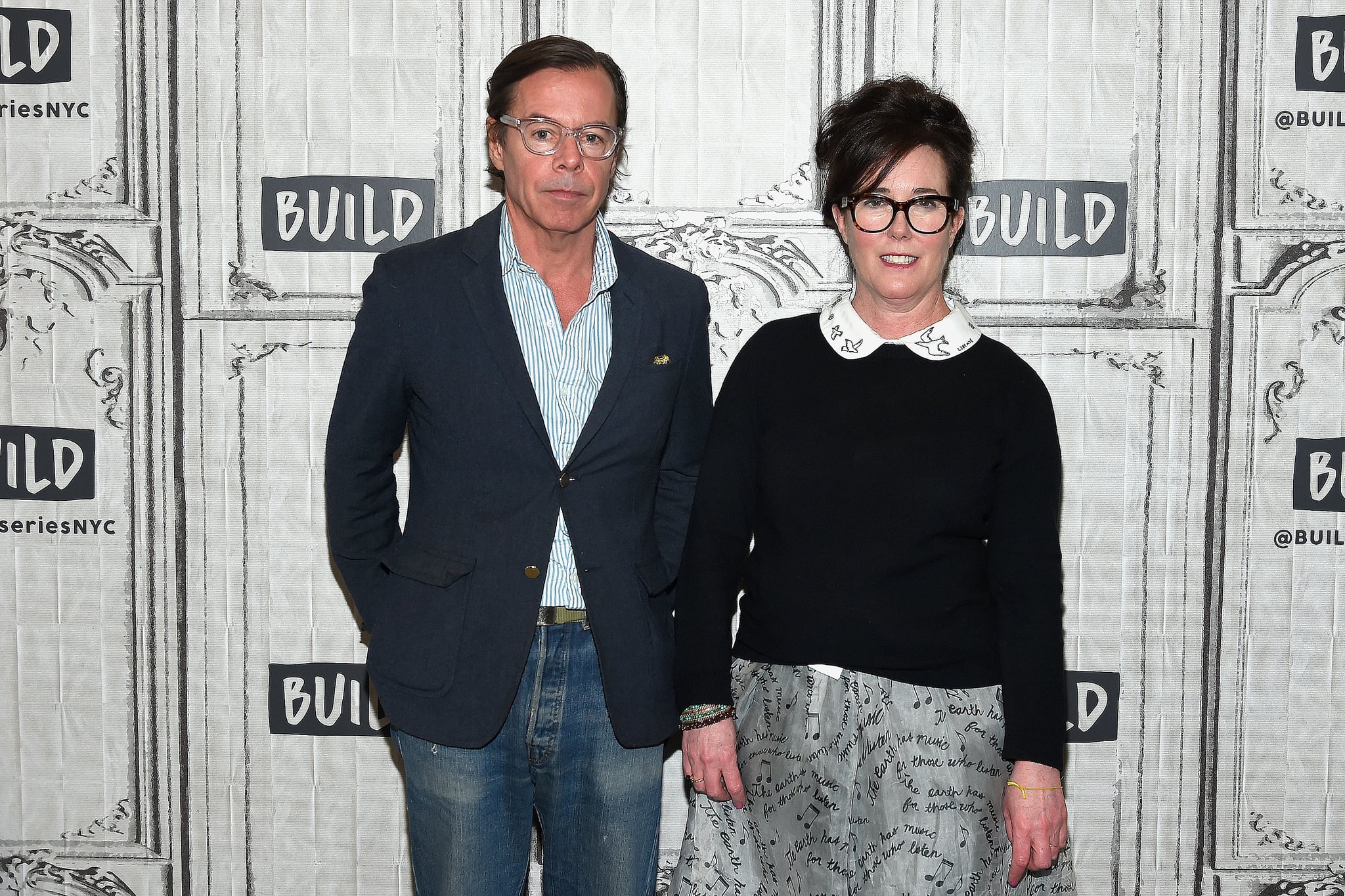 Andy Spade has released a statement following the death of his wife, Kate Spade, who passed away on Tuesday at the age of 55. Andy gave an in-depth response to E! News, opening up about Kate's years-long battle with depression and clearing up any misinformation being shared about her suicide.

He said, "Kate was the most beautiful woman in the world. She was the kindest person I've ever known and my best friend for 35 years. My daughter and I are devastated by her loss, and can't even begin to fathom life without her. We are deeply heartbroken and miss her already. Kate suffered from depression and anxiety for many years. She was actively seeking help and working closely with her doctors to treat her disease, one that takes far too many lives. We were in touch with her the night before and she sounded happy. There was no indication and no warning that she would do this. It was a complete shock. And it clearly wasn't her. There were personal demons she was battling."

Andy made it clear that the couple's teenage daughter, Bea, is the main priority, and that he and Kate had not discussed divorce, despite reports saying so. "For the past 10 months we had been living separately, but within a few blocks of each other. Bea was living with both of us and we saw each other or spoke every day. We ate many meals together as a family and continued to holiday together as a family. Our daughter was our priority. We were not legally separated, and never even discussed divorce. We were best friends trying to work through our problems in the best way we knew how. We were together for 35 years. We loved each other very much and simply needed a break."

"There was no substance or alcohol abuse. There were no business problems. We were coparenting our beautiful daughter," the statement continued. Andy also addressed rumours of a note Kate left behind, indicating he has not seen it for himself. "I have yet to see any note left behind and am appalled that a private message to my daughter has been so heartlessly shared with the media," he shared. As both Kate's business partner and husband, Andy cofounded the Kate Spade New York brand in the '90s and helped catapult it to success. Read his full statement on E! News.

Fashion Collections
Tan France Launches Genderless Outerwear Label Was Him: "We Want to Be an Inclusive Brand"
by Sarah Wasilak 1 day ago