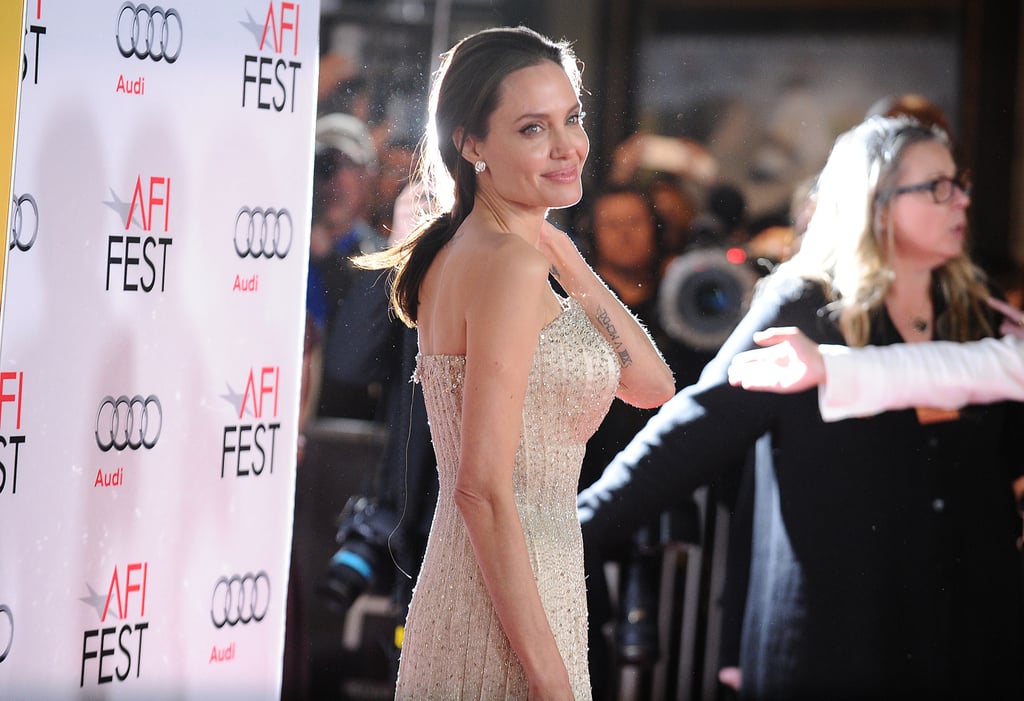 It's officially the week of Angelina Jolie. On the promotional trail for her upcoming film By the Sea, Angelina has been out and about to an unusual degree, attending the WSJ. Innovators Awards and a special New York screening. Now, Angelina and her husband of one year, Brad Pitt, are in Los Angeles. They paired up for what was basically the grandest movie premiere of the week: a Los Angeles screening of By the Sea during the AFI Fest.

For the special red carpet moment, Angelina chose an unusual (for her) look: strapless and sparkly. But it turns out the designer, Atelier Versace, was an old favourite; Angelina wore Atelier Versace to the 2011 Golden Globes and then memorably again at her 2014 wedding. The dress looked to have been made for Angelina — and it actually was custom-created for her. She paired Versace shoes with the special gown, which was embellished with Swarovski beaded pleats.