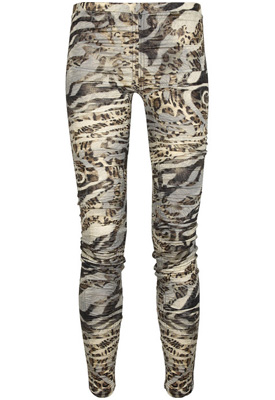 Last Winter, Sass and Bide caused a storm with their rat leggings which were spotted on celebrities (including Russell Brand) and mere mortals alike. This season, they have stepped up a gear with an animal print!

The beast rat leggings (£185) have a gold design running across them and would certainly make a statement. They would have to be worn with something plain to avoid an overwhelming oufit. What do you think of them?

Love It Or Hate ItSass & Bide