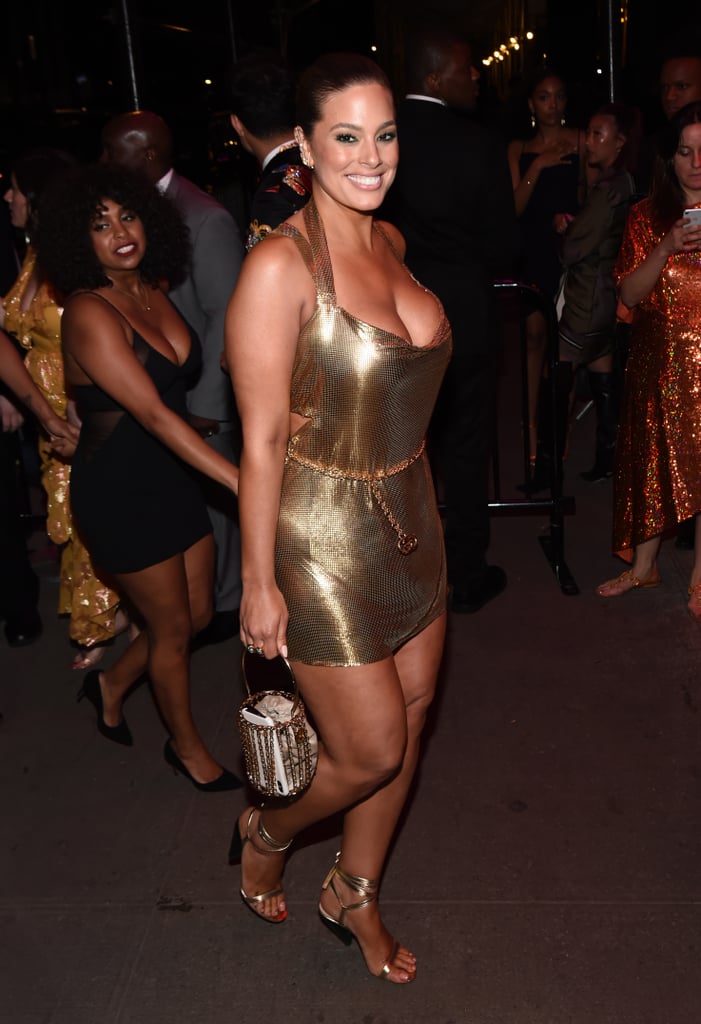 Ashley Graham didn't need a rainbow to shine as a pot of gold at the Met Gala afterparty, she was glowing enough herself! After a stunning appearance on the pink carpet at Monday night's fashion event wearing head-to-toe Gucci, we had high hopes for Ashley's afterparty look, and she did not disappoint. Instead of the embellished, colorful approach the curve model took earlier in the night, she opted for straight gold in a Fannie Schiavoni dress for the Boom Boom afterparty at the Standard Hotel.

Ashley was glowing from her makeup all the way down to her Gianvito Rossi Palace Sandals. Despite totally switching up her look for the afterparty, she managed to keep in the Gucci hair accessories from earlier in the night and it worked seamlessly. Swoon over photos of Ashley's dripping gold Met Gala afterparty look ahead, and then check out the sexiest dresses of the night (if you dare).